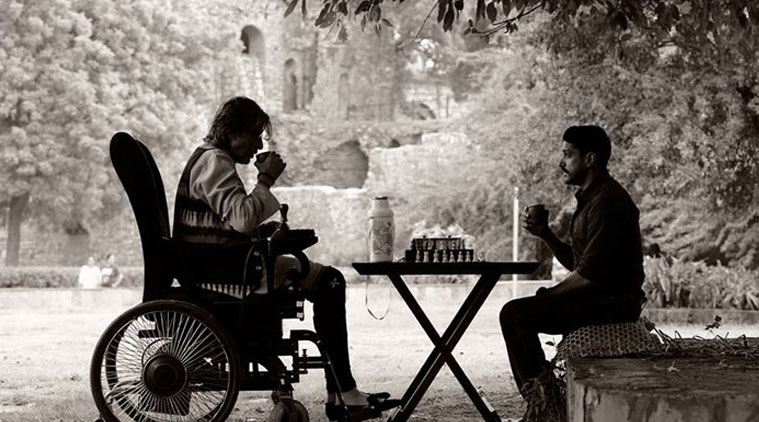 Duel between two experienced Chess players, having sixteen deadly weapons on each side, controlled by two freaking minds with the thought of beheading the king of opponent is quite seductive in nature. Enthralling to see how each move changes the dynamics of game, where every move is thought beforehand of every step by opponent. Unfortunately, Wazir lacks everything associated with the Chess. Even their moves are predictable to such an extent that you know what is going to happen in next five minutes. That is check and mate! Wazir, sold as an intelligent film (at least trailer promises that it is a sleek action thriller with substantial script), coming from writers Vidhu Vinod Chopra & Abhijat Joshi (Writing credits for PK, 3 Idiots, Lage Raho) and director Bejoy Nambiar who gave us hypnotic coming of age thriller Shaitan, having stellar ‘actors’ on board, it takes a great deal of misfortune to come up with such shabby and sloppy product.

While the film starts with bookish norm of briefly developing character of Anti-Terrorist Squad officer Danish (played by Farhan Akhtar) where we see glimpse of his personal and professional life, before an unfortunate event that sets the film in motion. It is the wheelchair-bound grand master of chess Pandit Omkar Nath Dhar (played by Amitabh Bacchan), whose introduction, which was meant to be strong, actually backfires the entire plot. Pandit ji and Danish develops unusual friendship during course of time and exchange some awkward, out of the place, and stupid dialogues. There is nothing more crucial in any film than its writing. Good written film and bad written film, but Wazir is composed of hybrid writing, It has some good dialogues but some are really embarrassing, and sometimes seem forced. Who says with the child like grin that he(Pandit ji) has got a friend who will protect him from unknown antagonist. Meh!  Also a soldier reminding Danish that how he is still to repay the debt of him saving his life. Now, you know exactly what’s gonna happen next.

Wazir has its moments, they are intriguing too, but it is weighed down by the disengaging parts that often follows those moments. Farhan Akhtar hits the right note in the first half of the film, and you even feel for his suffering, but he gets too repetitive and monotonous for the sake of character in second half to such extent that you stop caring for him. That is really not a good thing for a film. Let us not talk at all about the climax part.

What started off as a brilliant taut drama-thriller, soon boils down to predictable and boring chess game like scenario, where players think they are too smart for audiences. Actually, they are not. It is further proved by the fact that film explains everything in the end, like we could not figure out on own what might have happened.  Aditi Rao Hydari looks stunning in her role, sadly she does exhibit grief stricken parent better than Farhan does, and her pain almost feels tangible. It is Amitabh Bacchan’s presence that makes the film watch-able, though, even he stumbles while delivering cringe worthy dialogues, not his fault. Overall, a very passable film that could have been a lot better, if not for lacklustre writing, and taken for granted attitude of film-makers.

The Hateful Eight [2015]: The Bloody, Snowy tale of Murder, Mystery and Madness