“A Man Prepared to the suicide has the initiative.”

Pawn Sacrifice (2014) – Complex as Chess: Boris Spassky shudders and says his agent after he wins the first match against his arch-rival Bobby Fischer. What cost Fischer that certainly drawn match was his unconscious blunder move of sacrificing his pawn. But if we take a closer look at the life of Bobby Fischer, the above quote sums up his psyche of how earnestly he took the game of Chess. Bobby Fischer had his goal set of becoming ‘The World Champion’, beating Soviet Union’s supposedly undisputed chess Champion Spassky. He was focused, fierce, blunt, and most importantly, he was unstoppable.

While the documentary Bobby Fischer Against The World largely dealt with the journey of a 6-year-old Brooklyn boy becoming the World Chess Champion Bobby Fischer’ and his achievements, Pawn Sacrifice (2014) brings the paranoia & psyche of Bobby Fisher which was substantially reduced in the documentary. Pawn Sacrifice smartly deals with a man’s passion turning into an obsession, and how that man slips deep into paranoia and solitary, and why such men go berserk and disappear into the thin air.

Bobby Fischer started playing the game of chess at the age of 6 years. He was so intrigued by Chess that he even played against himself when his sister was sick tired of playing chess and his mother didn’t have time to play it. He rose the ladder of becoming ‘The greatest American Chess Player’ quite quickly, but he was raged and stormed out of the Chess Olympiad accusing Russians of conspiracy against him. 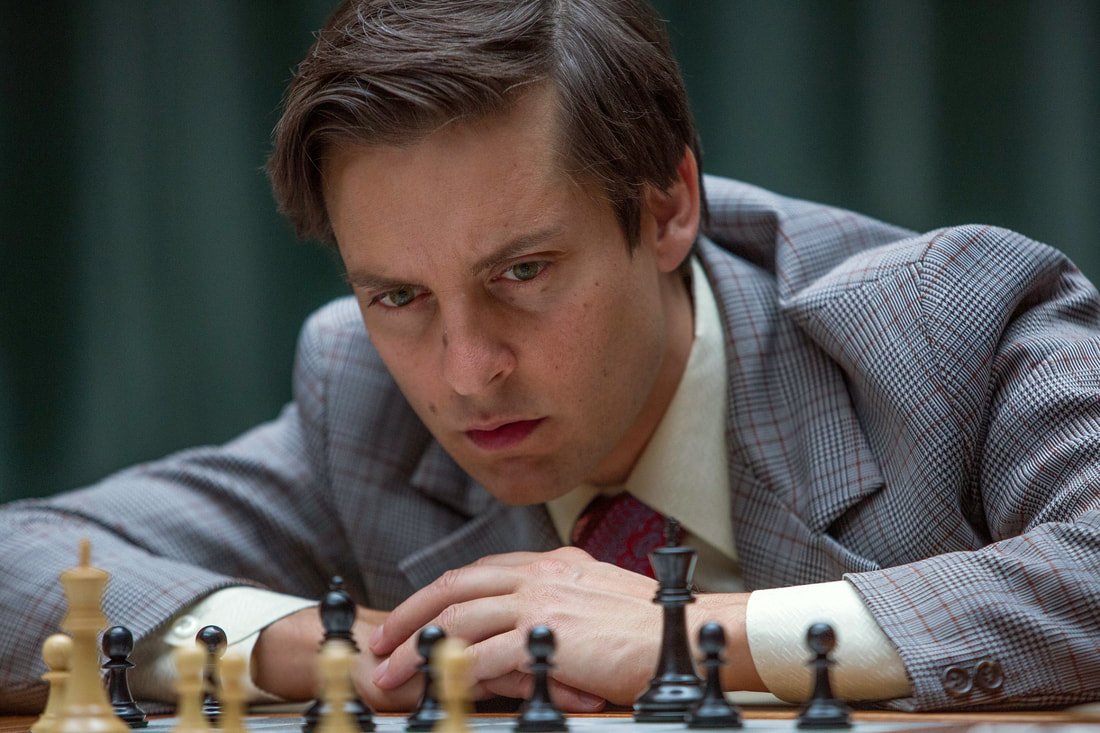 After a point, his love for chess graduated to obsession and it just transcended him to altogether a new level of madness, and why not, chess is such a complex game. “After the first four moves, there are 300 billion options before a chess player. That’s more than the stars in the sky,” says Father Lombardy. This in itself gives the idea of what all network of arrays mind can wander looking for that one move and its implications.

To make such a believable biography, this film needed an actor who can pull off this substantial character who has been through varied phases in life. And Tobey Maguire has just nailed it. This is not only his best performance in years but he made the character stand-alone for himself. Just look at the scene where he explains the game set to Father Lombardy, his energy, zeal, and expression change with each move he explains. His performance is applause-worthy as a paranoid loner who was unreasonable, loathed media, and convinced that Russians are conspiring against him.

Pawn Sacrifice (2014) is a must-watch for several reasons besides, of course, that gives a glimpse into the world of Chess and Bobby Fischer’s life & achievements. Edward Zwick’s approach of narration and his direction is quite smart in a way that even a guy alien to chess could easily comprehend the film. It is partly a taut thriller and the way World Championship at Iceland has been shot is a work of genius. And lastly, thanks to the adept direction that the film has captured the Paranoia in a very convincing manner, which I feel most of the films fail to capture properly. Pawn Sacrifice is a smart, intelligent, and strategically well-paced biographical thriller that fascinatingly studies the price one pays for being a genius.