Tamara Kotevska & Ljubomir Stefanov’s visually stunning documentary, Honeyland (2019) explored the life of a beekeeper in rural Macedonia. Though set in a remote land, disconnected from modern civilization, Honeyland’s brilliantly observational style offered indisputable truths about human nature and the ecosystem. Shot over three years, the documentary even on the micro-level sketched a heartfelt portrait of an impoverished woman in an isolated village. Francesco Montagner, a graduate of Prague’s renowned film school FAMU, opts for a similar nuanced observational style in Brotherhood (2021) which is set in the bucolic countryside of Bosnia and Herzegovina.

Brotherhood, an Italian-Czech co-production, is an intimate and timeless examination of patriarchy, masculinity, and identity which revolves around three young brothers living in their father’s sheep farm. Montagner and his crew spent four years with the boys. It has apparently allowed the filmmaker to gain great levels of mutual trust and moreover doesn’t seem to manipulate the boys’ life. Montagner, who hails from Northern Italy, came across the Bosnian family in relation to a news report about terrorism and radicalism in Bosnia.

Related to Brotherhood: The Rider Review [2018]: An Intimate and Heartbreaking ride

Ibrahim Delic, the father of the three boys and a Salafist preacher, fought against the Serbs in the 1990s Bosnian war. In 2016, Ibrahim was accused of delivering religious lectures to fighters and civilians in Syria, in support of ISIS. Along with Ibrahim Delic, few others were also arrested for recruiting Bosnian nationals to fight in Syria and Iraq. Although Ibrahim is said to have spent only 10 days in Syria and outright denies that he fought in the war, citing his disability, the authorities considered him a security risk. After the trial, the Imam was given a 23-month prison sentence. 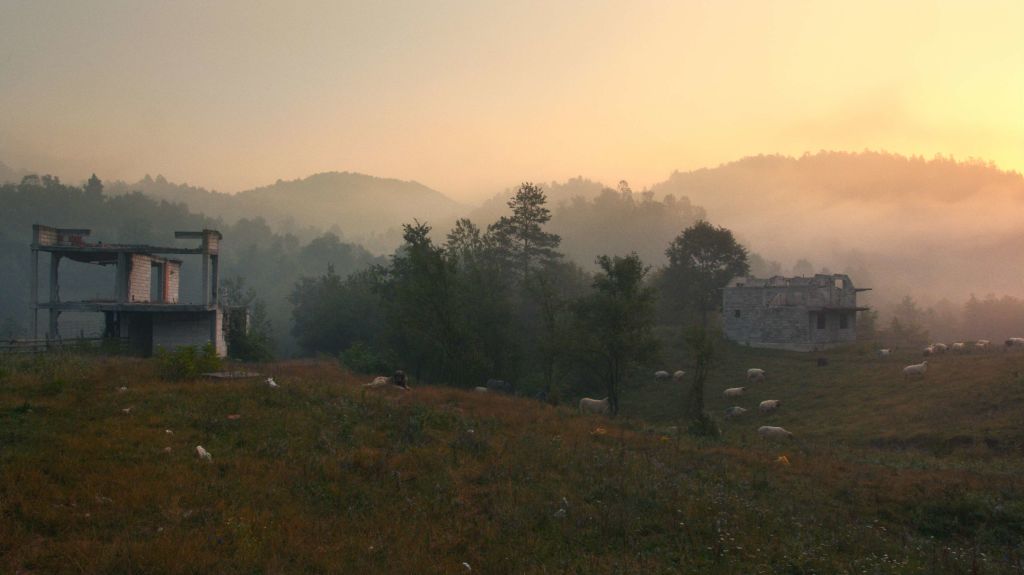 Brotherhood opens lyrically with the eldest boy Jabir and the youngest Usgeir, chatting, giggling, and taking care of their father’s flock of sheep. Jabir wants to move to Austria to look for a job but is uncertain since they are all awaiting the verdict in the trial. Soon, when Ibrahim’s prison sentence is announced, the father sits down his three sons, giving each of them a duty to commit themselves to during his absence. There’s no mention of a mother or any other female presence in the family. Jabir is expected to take care of the household duties and his younger brothers. Teenager Usama, the middle brother, is expected to tend to their livestock, whereas Usgeir is asked to focus on his studies.

Montagner with his fly-on-the-wall approach observes each boy’s desires, frustrations, and struggles as they make their passage to manhood. Set in the timeless dimension of the pastoral land, the passage of time is only felt in the boys’ physical and emotional growth. The absence of the overbearing patriarch is an opportunity for the brothers to carve their own identity and path. At the same time, it feels like their destiny is already set and that it’s hard to escape the looming shadow of their father as well as the larger societal expectations.

Jabir deeply feels the need to escape. We see him trying to have a social life in the city with his friends. Usama is the perfectly indoctrinated father’s son. He recalls his father’s valor as a ‘mujaheddin’ during the Bosnian war. Usama has left school to take care of the sheep, and he spends nights with other shepherds at grazing spots. Usgeir isn’t interested in school, and like a lot of boys of his age is glued to his phone playing shoot ‘em up games. While Montagner focuses a lot on the brother’s mundane activities, the casual interactions in Brotherhood withhold a lot of political and social layers. The brilliance lies in keenly observing how the macro-level notions of religious fundamentalism or patriarchy are impacting an individual at a deeper, micro-level. 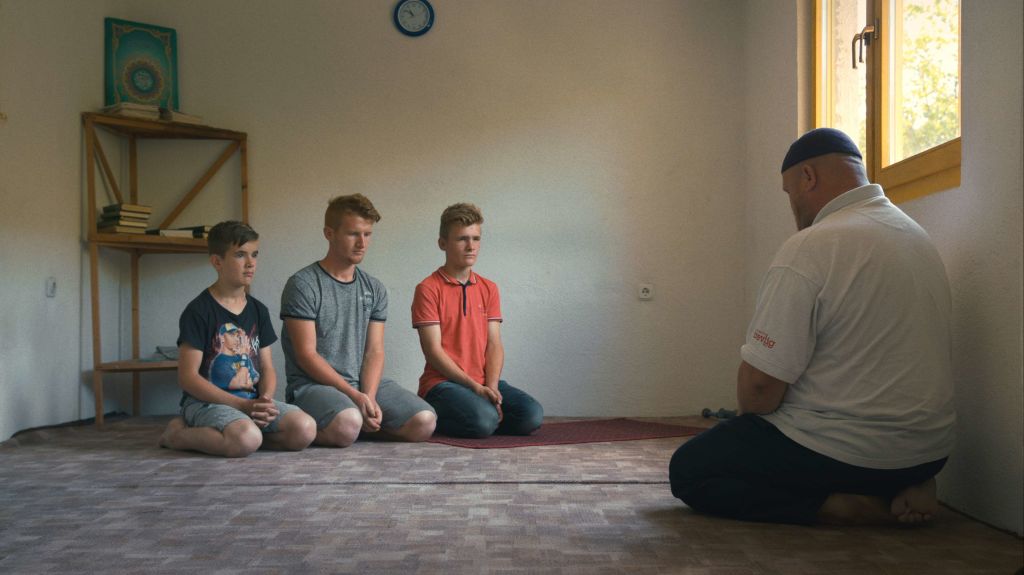 Jabir has comprehended the discrepancies between his father’s ideals and reality. Usama, however, is deeply influenced by those ideals. Hence it’s interesting to note the power struggle and games between Usama and Usgeir. In fact, the raging and idealistic Usama, who masks his vulnerability comes across as the most fascinating person in the documentary. The minor altercation he has with Usgeir while commanding his younger brother to read Quran, or the interaction Usama has with middle-aged shepherds around the campfire, captivatingly tackles the boy’s complex issues and limited perspectives through a non-judgmental gaze. Moreover, it’s particularly heartbreaking to look at Usama when Ibrahim returns from prison and assesses everyone’s performance.

Similar to Honeyland or Gianfranco Rosi’s Fire At Sea (2016), Montagner and his DoP Prokop Saucek’s gaze doesn’t come across as intrusive. It’s clear that Brotherhood is a constructed documentary. But the lack of stylistic flourishes and interventions helps to showcase the complexities in the subjects’ lives as it is. By the end, Brotherhood only puts forward challenging questions than smooth resolutions. The brother’s conflicts – caused by religious and paternal authority – are the conflicts of the many in contemporary society. Therefore, the lack of a simplistic ending is admirable as well as frustrating.

Overall, Brotherhood (97 minutes) is a poignant account of personal evolution set against an idyllic environment and thorny social crisis.

Brotherhood was screened at the 2021 Locarno Film Festival