Anhell69 (2022) is the feature-length autobiographical documentary of Colombian filmmaker Theo Montoya. The story is set in the queer community of Medellin, Colombia. Anhell69 was supposed to be the title of Montoya’s feature-film debut. He calls it a B-movie with ghosts. To make the film, Montoya recruited non-professional actors belonging to the LGBTQ+ community. But the film was never made. Besides, the friends he made during the audition process (from 2017) have died over the years. Their deaths were either caused by suicide or drug overdose. Moreover, the oppressive and violent society of Colombia has never promised a better prospect for these youngsters. Death, despair, and trauma have always surrounded their lives.

Theo Montoya was particularly infatuated by the 21-year-old Camilo Najar, who died of a heroin overdose. He was supposed to be the protagonist of his movie. In fact, Anhell69 was Camilo’s Instagram handle. Montoya’s previous short film Son of Sodom (2020) was the filmmaker’s elegy of sorts to Camilo. In Anhell69, Montoya continues his deeply sensual portrait of the lost queer youth. He embarks on a poignant quest to immortalize these souls who were denied a future. And the documentary is further strengthened by a free-wheeling visual language that possesses a heady mix of tragic romanticism and nihilism.

Anhell69 belongs to a long list of documentaries, where the filmmaker acts as a cultural guide, and whose memory and place play a pivotal role in understanding an individual and society’s attitude. The nonchalance and nihilism exhibited by Montoya’s subjects might catch us off-guard. In order to comprehend the fears and dreams of a lost generation, one must also know something about the place. There’s much more to Colombia than the myth of Pablo Escobar. That myth or legend was created by pop culture’s thirst for outlaw heroes and notorious villains. Violent TV shows that are designed to binge-watch wouldn’t show us the ingrained mechanisms of collective violence. 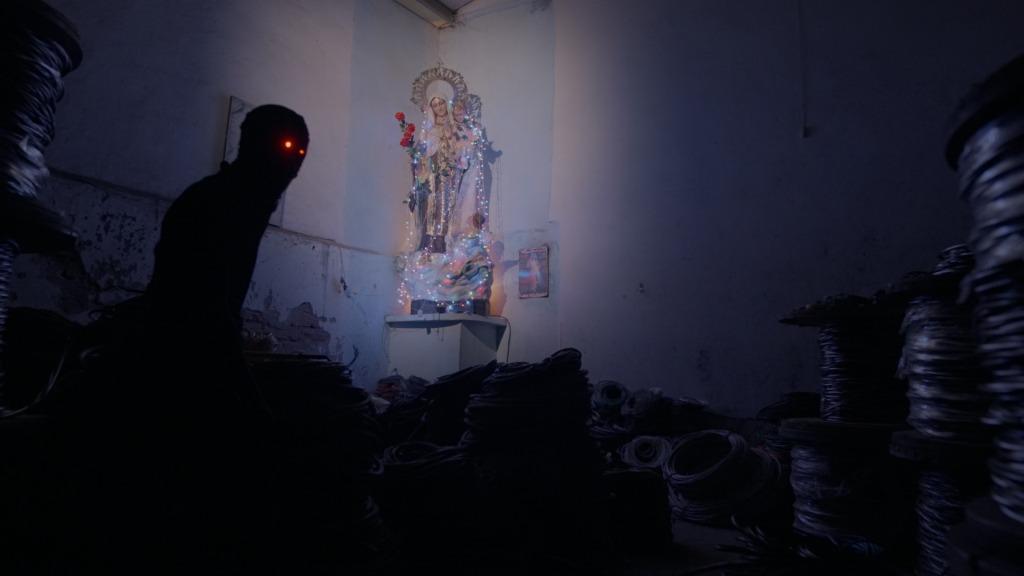 In 2016, the Colombian government and the Revolutionary Armed Forces of Colombia (FARC) signed a peace agreement. This brought the 52-year-old armed conflict to an end. However, despite the peace accord, violence persists across the country. The pandemic and nationwide lockdowns have also added to the collective sufferings of Colombians. Human Rights Watch reports that since 1985 at least 8.2 million Colombians (out of the 50 million plus population) were forcibly displaced due to the violent conflicts. In fact, Colombia is home to the world’s third-largest internally displaced population; the first two being Congo and Syria.

The political class of the nation is largely conservative and right-wing. The Catholic Church also plays an important role in Colombian politics. Interestingly, there are impressive changes in terms of protecting the civil rights of Colombia’s queer community. Same-sex marriage is legal in the country since April 2016. Nevertheless, the legal frameworks to defend the rights of LGBT+ people only look robust in the paper. In reality, like many other nations, Colombia is one of the most dangerous countries for the LGBTQ+ community. The struggle to combat stigmatization is often overturned by incidents of serious violence.

There’s no wonder that the queer community we encounter in Anhell69 is driven by live-in-the-moment philosophy. The documentary opens with a funeral car cruising through the night-time streets of Medellin.  Renowned Colombian poet and filmmaker Victor Gaviria drives the car (revealed later in the narrative). Of course, in the face of death and annihilation, all there’s left to do is keep making cinema. The film-making process is not only to visualize the memories and deepest fears but also to challenge the status quo. Montoya, who says he got to know the streets of Medellin at the age of 14, was only able to cry in a cinema.

Director Montoya has used hybrid strategies to shape his docu-memoir. The audition tapes or interviews of the possible cast are juxtaposed with the eerie imagery of Montoya’s original story for Anhell69. He calls it “a metaphor for the reality we are living.” Anhell69 is set in a dystopian Colombia where the dead walk the streets as red-eyed ghosts. The youngsters of the city are sexually attracted to the ghosts. Soon, when spectrophilia becomes prevalent, the government and church join forces to hunt them down. The story is obviously an allegory of the trauma, oppression, and discrimination encountered by the young generation in the city that’s doomed.

Earlier, Montoya calls Medellin ‘a cemetery’, and the question of death always looms over these passionate minds. The widespread pogroms and war might have come to an end. But the lingering effects of violence impact the city’s most vulnerable and marginalized communities, including the queer. Anhell69 might be a work of anguish and sadness. At the same time, it’s upheld by supremely beautiful images. Montoya’s other-worldly visuals don’t seem to be simply mourning for the people they lost. He’s also mourning for the lost dreams, lost possibilities, and the things they never could have.

Overall, Anhell69 (74 minutes) is a devastating docu-memoir about the no future generation of youngsters in the city of violence and death. It’s a haunting portrait of those who live without hope. The ones who are aware of only the here and now, nothing else.

Anhell69 was screened at the 2022 Venice Film Festival