Dogborn, directed by Isabella Carbonell, is making its world premiere in Critics Week at this year’s Venice Film Festival. While following a journey of refugee twins in Sweden, it primarily uses a documentary-style approach that sustains the tension in their endlessly draining journey. These two, who live on the fringes and go on with their lives hoping to find a home for themselves, look for any way to make it possible. With past traumas enveloping their lives, they always seem just a step away from a complete meltdown. Their eyes wander around, looking for any sign of warmth that they can gather from the strangers because, without hope, their lives would amount to nothing.

The asylum-seeking nameless siblings played by Silvana Imam and Philip Oros are inseparable. They are so involved in each other’s lives that their happiness depends on seeing the other person satisfied. The constant fear of being caught by the authorities reflects on their faces and makes their haunting reality come alive to the viewers. When one of them loses a source of income, their lives get uprooted. They lose even the momentary comfort they had gotten used to.

For them, there’s no other option but to latch on to any opportunity they can get to fulfill their goal of getting home and find a semblance of normalcy in their lives filled with uncertainty and chaos. They are promised a job as simple as shifting goods from place A to place B. However, they cannot question a single thing about it. This daily task, which they soon realize, involves human trafficking, makes them even more miserable. Even if it entails the very risk of deportation that hangs on their shoulders as a constant threat, they cannot complain. Even when either of them finds it morally wrong, they cannot say ‘No’ to doing it for the risk of losing their only path to sustain themselves. 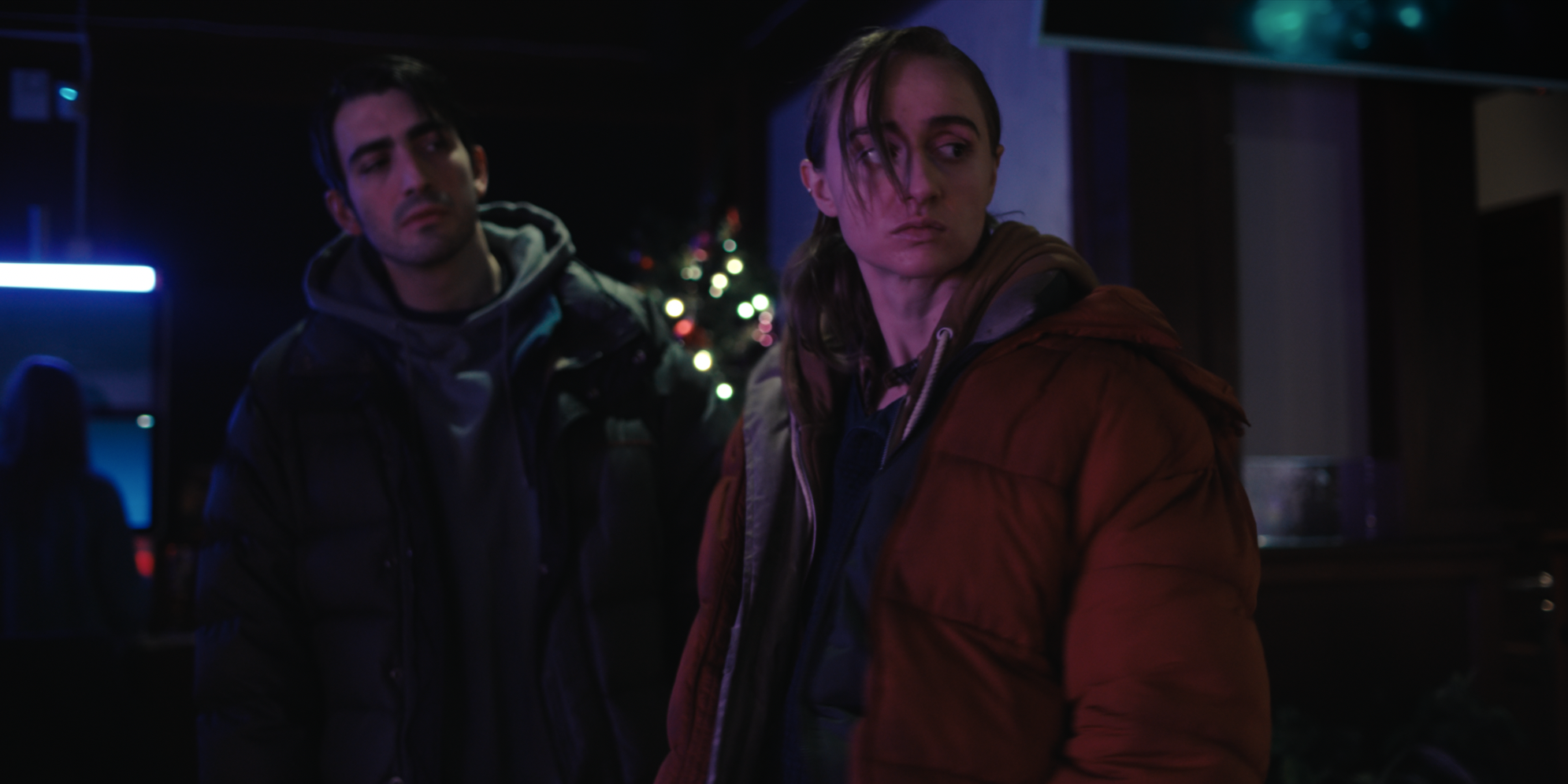 The film shows two intense days in their lives when they are supposed to carry out these cruel-intentioned tasks. The sister seems prone to erupt in bursts of anger at any given moment. Be it due to their living conditions or due to the helplessness that propels them to do such tasks, untimely outbursts appear frequently. The brother, who most likely suffers from PTSD, stops speaking after the horrifying incident that put them in these alarming conditions. His agony does not appear on the surface the way it does with her. One such incident involving another pair of siblings creates a conundrum as to what they need to prefer. Is it their own survival or the well-being of these siblings? Close-knit relations come into play to build resonance. A sense of kinship towards the other pair gets formed with the same notion.

While it explores ‘home’ as a concept through its scope, the racial angle brought in by the inclusion of Asian siblings creates a gut-wrenching subplot that attempts to capture other layers that are just as brutal. The emotional growth that these kids are made to experience is rendered with finesse and subtlety. The smallest gestures create the loudest impression while organically fitting in with their character arcs. Dogborn triumphs not just with its largely ‘show, don’t tell’ approach, but also by capturing the tiny in-between moments for a considerable stretch, that explore the emotions without any interruption. There is a heartwarming moment of connection between the brother along with the younger Asian sibling that wins you over with its innocence and unorchestrated ingenuity.

While the film doesn’t dig deeper into these issues, it presents it as an extremely personal experience through its execution approach. It explores their identities in a gritty manner by showing the struggles of refugee individuals as a first-hand experience. A handheld camera tracking their movements almost creates a lived-in feeling of their experience. With very little space left around the characters, the frames present their lives upfront without resorting to melodrama. The cinematography by Maja Dennhag and their team creates exceptional work. And the editing by Linda Jildmalm helps in bringing its finest emotional bits to the forefront to create an evocative experience. The constant sense of anxiety that the makers are able to achieve throughout the film is one of the film’s remarkable aspects.

Goliath [2022]: 'Venice' Review - A Stark Vision of a Land Conspired of Violence