She Hate Me: Prologue – Spike Lee has proved himself to be one of the greatest New York filmmakers of his generation, excelling in style, substance, and storytelling. His films approached the intricacies of prejudice, relationships, cultural influence, and the racial structure of America, and did so in a very up-front manner that was heavily stylised, yet entirely life-like. This series brings to light some of the works he directed (and wrote and produced and starred in) in his prolific career, each of which was billed as: A Spike Lee Joint. 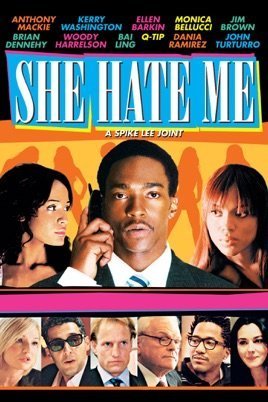 Here’s a film that successfully merges two otherwise disparate tales: Jack (Anthony Mackie) is punished for his good deed of exposing corporate amorality amidst their bankruptcy, and so he finds a new means of income through offering himself to impregnate lesbian couples, starting with his ex-girlfriend Fatima (Kerry Washington), who came up with the idea. It’s certainly an original concept that is prime for controversy and conversation, which did surround the film when it was released, as it was heaped on with criticism, however this is one of those films that is clearly not as bad as its Tomato-meter claims.

Within his filmography, this is mid-level Spike Lee, enjoyable enough to watch thanks to a quirky story that is thoughtfully mined for its emotional resonance (plus it doesn’t even feel too overlong at 138 minutes), but too many inconsistencies in the characters and one too many interruptions in the story ultimately bring this down to a more inconsequential affair.

The film is clear, yet hardly smugly explicit about what seems to be the gender-reversed irony of Jack selling his body and being made an object of sexuality. It would be too obvious and rather too inconsistent to pedal this across, so the film simply refers to them not just in some off-the-cuff lines, but in the emotionally (and physically) drained look on Jack’s face as he questions his actions from a moral, spiritual, and personal perspective. She Hate Me has the conviction to keep some of its more loud messages appropriately subdued, letting the acting do the talking, not the dialogue. 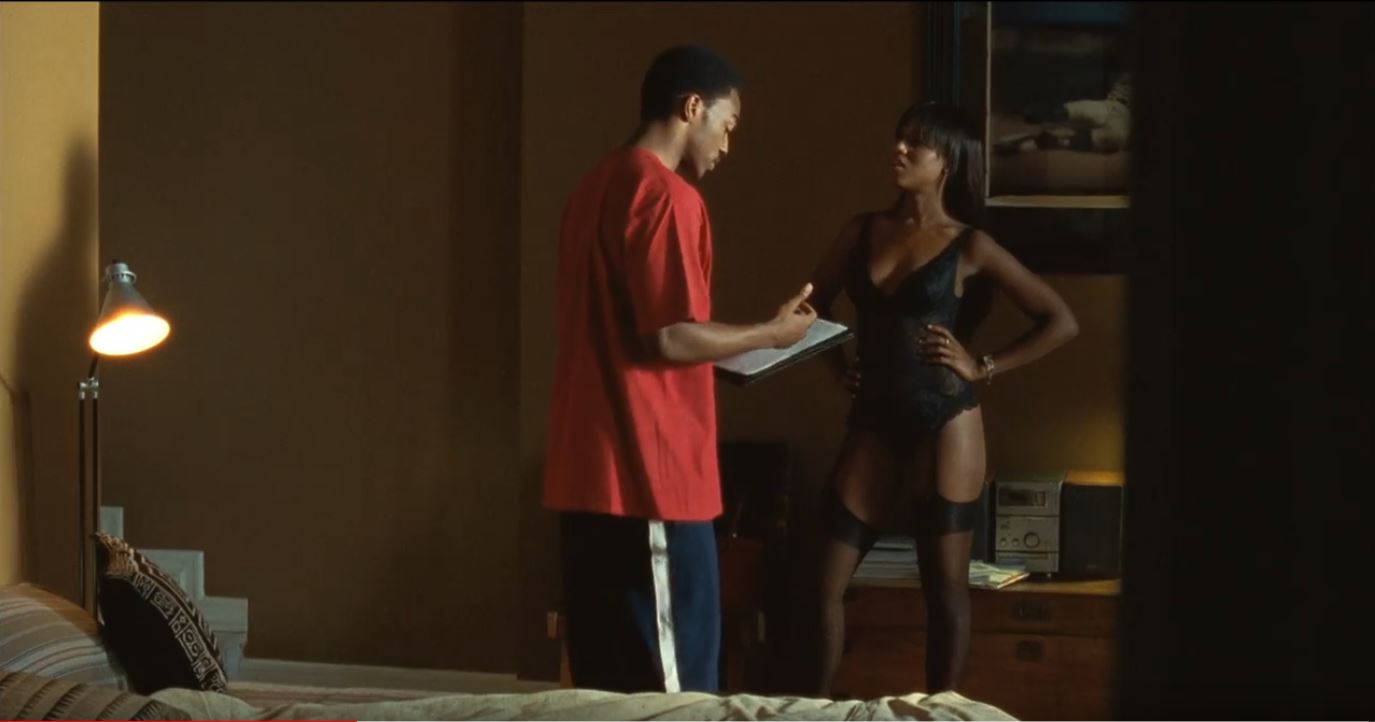 This is for the most part a slightly more tempered effort from Spike Lee, though there are still those pesky Spike Lee-isms still lingering. One of which is a flashback from Jack’s dad Geronimo (Jim Brown), which shows that he was the security guard who unveiled the tampering at the Watergate Hotel from tricky Dick and his wire-tapping goons, though Lee hammers home the point that these meddling men got away with their crimes – except Nixon, who resigned in the midst of his impeachment, which the film cares to mention (about 75 minutes later).

Although the film in one sense knackers the relationship between the characters in the end (which I’ll whinge about in this spoiler section below), She Hate Me manages to keep up a level of light-hearted drama that always has consideration for the emotions of the characters: how it is they feel about their predicaments, how they feel about being conned by this world’s amorality, and, as usual for the ambitious and humanly aware Spike Lee, how people of different genders and sexual orientations can behave in the modern world.

However, one of the film’s biggest problems comes at the end, and it regards how Lee and co-writer Michael Genet choose to conclude this relationship: by having Jack join the lesbian couple and father the child with them. The big question for this film is: why? This film feels it’s so necessary to have the child’s biological father have both his ex and his ex’s new girlfriend suddenly fall in love with him, completing this ménage à trois, despite how unrealistic this seems (especially for a film that otherwise seemed to be aware of how humans, particularly ones in love, act). I’m not one to tell a film what to do, but an ending where the lesbian couple take care of the child themselves seems more fitting and wouldn’t have to force any sudden romances.

She Hate Me Trailer

The Woman in the Window [2021]: Netflix Review – Predictable Hitchcockian thriller dwindles while trying to outsmart the viewer