Home»Reviews»Films This Week»Hum Do Hamaare Do [2021] Review: An Inert Bollywood Rom-Com with Messy Intentions
Films This Week/Hotstar News/Reviews

Hum Do Hamaare Do [2021] Review: An Inert Bollywood Rom-Com with Messy Intentions

The template has been set. Dhruv, a supposedly charming man who has an ambitious VR plan, is our hero. Anya, a very cute Instagram influencer, is our heroine. Of course, we have a set of parents: Purushottam Mishra and Dipti Kashyap. However, instead of focusing on the ‘now what’ part of the story, Hum Do Hamaare Do focuses on a strange ‘what-if’.

Abhishek Jain’s film clearly attempts to subvert the theme of the importance of familial ties. Dhruv is an orphan who lives with his caretaker Purushottam. Anya is an orphan too, and this is why she wants a partner who has a well-settled family for himself. Then, to establish a backbone to the plot progression, we learn about drunkard Purushottam’s love for sad widow Dipti. Dhruv, who is an orphan, is so desperate to win Anya’s heart that instead of telling her the truth, he plans to adopt a fake family with fake parents. And yes, how can this come to action without this terrible Sardar friend? The next step at writing is quite apparent if you’ve seen enough Bollywood. Basically, a comedy of errors erupts and struggles towards a happily ever after.

Hum Do Hamaare Do is a film panning out by the standards of a grating, familiar Bollywood romantic comedy. But it doesn’t even feel the need to champion the basic. It limps along with its rather problematic concept. 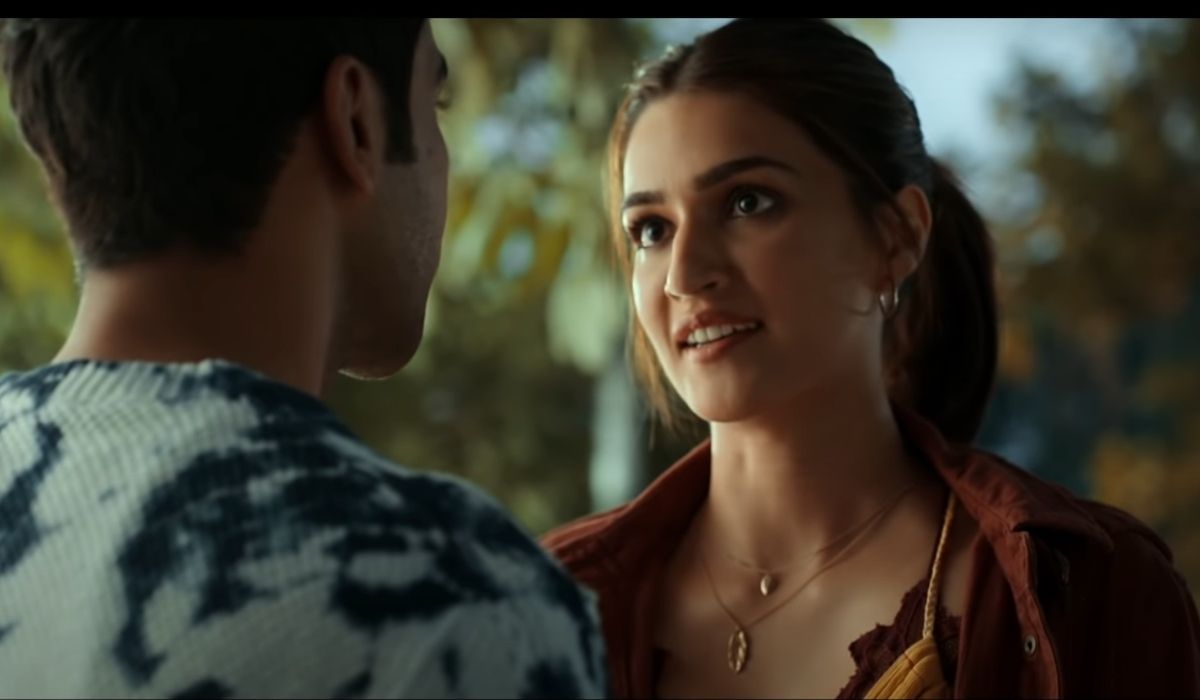 If we manage to look through how fundamental and overall flawed the film is, we’ll be able to spot some kind of psychopathy in Dhruv’s character. While I get that he’s only trying to impress Anya, he comes off as criminally desperate at times. While the character sketch itself is thin and extremely awful, it doubles as atrocious. This is due to Rajkummar Rao’s unfortunately dull presence. Through his dimples and body language, he’s clearly trying to come off as this sweet lover boy but the performance comes off as cringe-worthy at times. It also doesn’t help that he has no chemistry with co-actor Kriti Sanon. Sanon, so immersive and competent in her last film Mimi, is an intrinsical cliché character. Anya doesn’t just come off as incoherent, but also wholly dumb.

What doesn’t help as well is the fact that the film has little to say about the severely underrepresented professions that it gives to its protagonists. Jain’s Instagram influencer might be one equipped with more than a million followers, but like any Bollywood heroine, she doesn’t have an identity of her own. Dhruv’s VR job doesn’t get him much of an edge either – the way the dots of his app launch are connected are singularly bland. Aparshakti Khurana plays the generic Sardar friend with incredibly frustrating results.

Related to Hum Do Humaare Do – Tully Review [2018]: A Deeply Empathetic Ode to Motherhood

The other set of performances is a lot more interesting. Paresh Rawal largely reiterates his previous forms in slapstick Bollywood, but his charm works in front of a limp, gloriously failing Rao. The same cannot be stated about Ratna Pathak Shah, though. The incredible actress makes her bits a lot more than watchable. I grew to like her menacing presence as Dipti Kashyap, a widow with an alienated son. She’s not particularly moving, but I’d like to buy a ticket of her walking around the room and delivering a one-act monologue rather than this flimsy, wafer-thin mess. 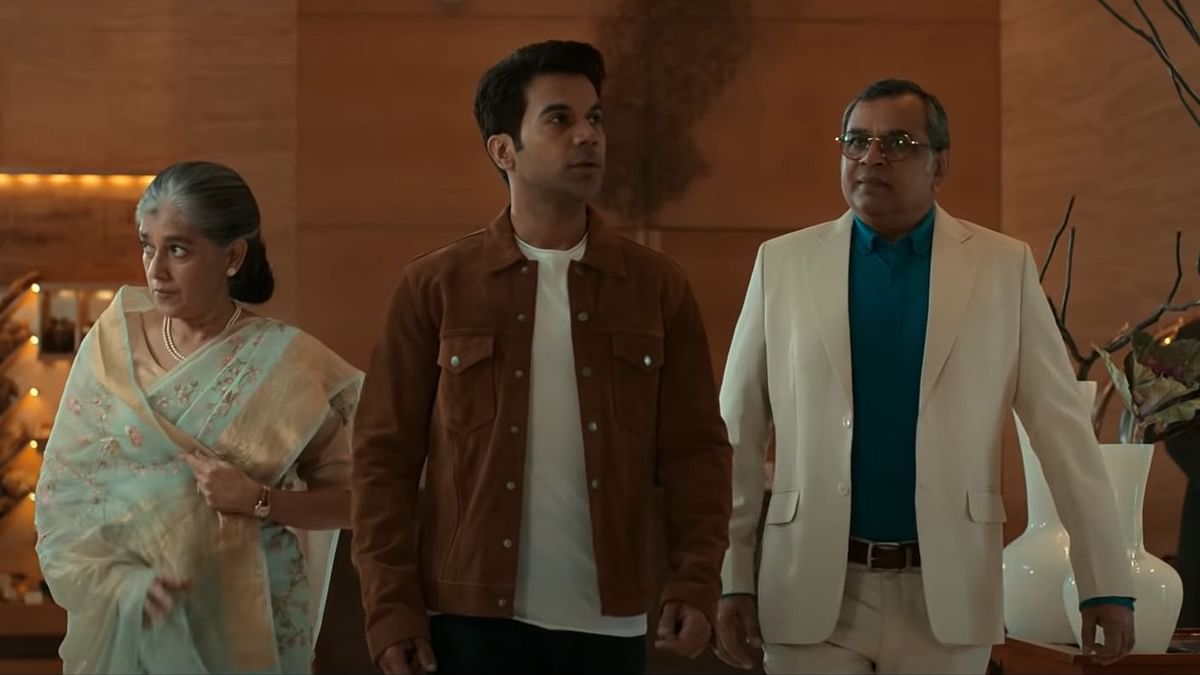 Hum Do Hamaare Do is a film that’s inert and atrociously tailored, but also very unfortunate. Ratna Pathak Shah’s amusing performance is the only decent thing that works through the film. I also liked Abhishek Jain’s sheer efficiency in failing each of the best strengths of the film. Even the heart behind the film is rendered with a hole. On paper, a found family is a lovely sentimentality. The finest Hirokazu Kore-eda familial dramas come to mind with the concept, as does the latest Julia Ducournau film Titane. Obviously, the film’s far from that.

However, what’s shocking is the fact that it manages to make it feel problematic. The found-family story of the film wears the soul of a story where a girl with no fault on her part is being conned into believing a scam by her partner. While this is only a backdrop for a comedy of errors, it must be addressed and positively embraced that this is a genre that is just not meant to work in any art form in the information era.

The same can be said about the technical qualities too. The cinematography is beautiful in places, but the editing is mediocre everywhere. The costumes are okay, but the music is extremely forgettable. It helps that the technical team belongs to Shiddat, a recent romantic drama that capitalized on one of the gravest flaws that adorn the industry. Similarly, this film too, at least for an entire stretch belongs to the nineties. So basically, is the film trying to state that we should be thankful to the producers for keeping it a tad less mediocre than that? Lack of creativity is its own fascism when it comes to Bollywood films.

Overall, Hum Do Hamaare Do is an inert, atrocious mess where Ratna Pathak shines as the only bright spot.

Hum Do Humaare Do is now streaming on Hotstar

Hum Do Hamaare Do [2021] Review: An Inert Bollywood Rom-Com with Messy Intentions