“Every great film should seem new every time you see it”, as such Roger Ebert’s memorable words, It reminds me of some of the great films in the 20th century. Forrest Gump has got a special place among those films. It marks 25 years of release in 2019. And the film is still fresh on the cinephiles’ minds.

It is not surprising as Forrest Gump is one of those characters which lingers in our mind and stays close to our hearts. He is relatable. He is free of cynicism. He makes us to look at life in its simple form. He is not a complex man. He leads the life as it is presented to him. He doesn’t complain. One wouldn’t think twice to fill in this man’s shoes, especially the procrastinators. We do dream. We do make wish lists. But we don’t go on when we fail.

Forrest Gump is the man who helps us to realize that life must go on, efforts must be continued and one must not stop trying. This perfect blend of comedy and tragedy in the film (One may call it the life lessons) only could be pulled off by the versatile actor Tom Hanks. His unexcelled performance, Eric Roth’s impressive screenplay and Robert Zemeckis’s brilliant direction made this film as something we have never seen. We are sort of enslaved to the emotions that this film makes us go through. Forrest Gump will be re-watched for the years to come and it is never going to get old.

Here are 10 facts you didn’t know about Forrest Gump

1. According to Tom Hanks, when Forrest gets up to talk at the Vietnam rally, he says “Sometimes when people go to Vietnam, they go home to their mommas without any legs. Sometimes they don’t go home at all. That’s a bad thing. That’s all I have to say about.”. The microphone is pulled out and you can’t hear him in the film.

2. The Park bench that Tom Hanks sat on is made of fiber glass. It has been removed and placed after the movie in the Savannah History Museum, Georgia, to protect it from being destroyed by bad weather. 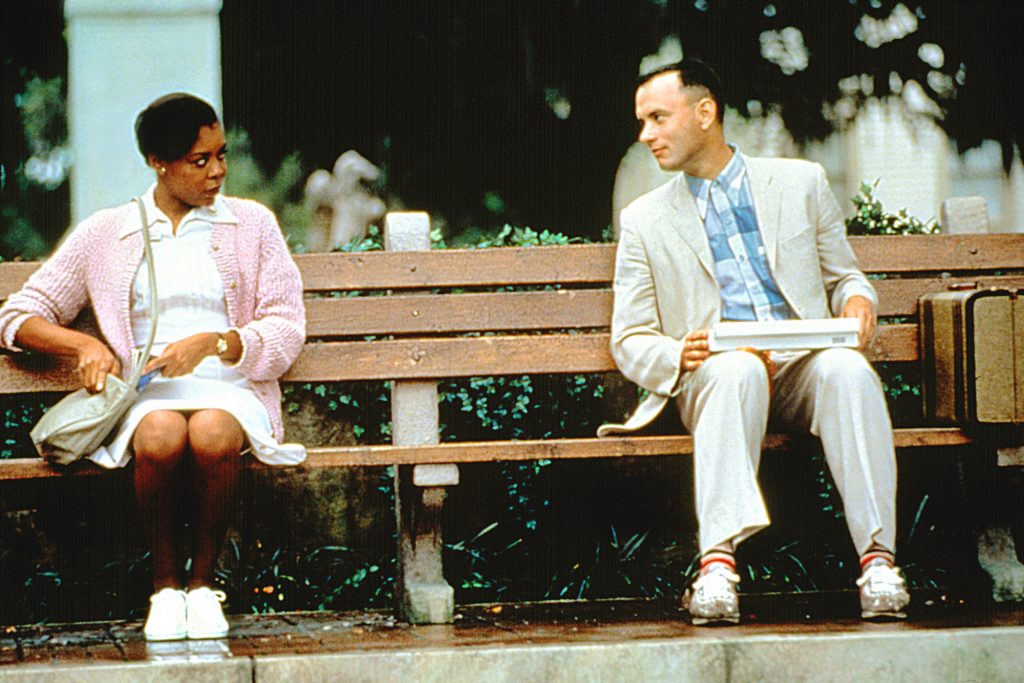 3. Tom Hanks improvised and ad-libbed “My name is Forrest Gump. People call me Forrest Gump” line into the scene. He made up his accent in the movie.

4. The scene where Forrest sits in the hallway of his school while his mother talks to the principal is a re-creation of Normal Rockwell’s painting “Girl with a Black Eye”. Director Robert Zemeckis used Rockwell’s paintings as the design inspiration for the town of Greenbow, Alabama.

5. Kurt Russell has said that he did the voice of Elvis Presley in the film which is uncredited in the film.

6. The first boy in the school bus, who refuses to let Forrest sit next to him, is Alexander Zemeckis, the director’s son and the girl in the bus with red hair is, Tom Hanks’s daughter, Elizabeth Hanks.

7. During ping-pong matches, the ball is animated to meet the actor’s paddle. 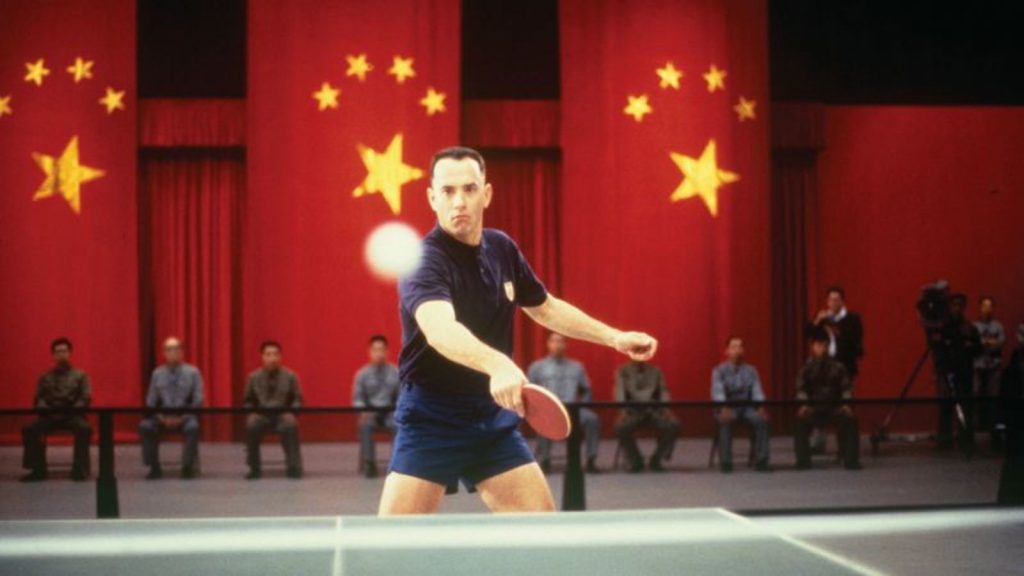 8. Sally Field plays Tom Hanks’s mother in the film is only ten years older than him.

9. Tom Hanks’s younger brother, Jim Hanks, doubled for him in many scenes in the film.

Also from 1994: Leon: The Professional

10. The feather, in the film, is real. Its movements are captured with a blue screen in the background and edited with the morphed background in the film.