Infidelity is a tricky adult theme that many storytellers and filmmakers fail to convey in a thoughtful manner. There are an array of mostly comedy films in particular that use infidelity merely as a way of generating conflict, and they usually suggest their characters take the self-serving route. It’s all a very inconsiderate and low-resolution manner of dealing with the moral and personal intricacies of this particular theme. Spike Lee’s Jungle Fever, on the other hand, is a superbly thoughtful film about this theme, which is housed within this sprawling and somewhat epic tale(s) of many different characters.

The main premise is that married African-American Flipper (Wesley Snipes), a well-off family man who seems to have little problems in life (other than being stroppy with his bosses), strikes a friendship with new co-worker, engaged Italian Angie (Annabella Sciorra), which one night leads to a sexual encounter that they quickly regret. Though they try to keep their story to themselves, but word spreads and this gossip is sent to a wide ensemble of characters.

This little fling isn’t part of the story simply to generate contrived conflict for all the characters. It is used to widely and wildly discuss the impulsivity that arises from all people with blood flowing through their veins, particularly those in committed relationships, and how this kind of human nature has repercussions on the family, the culture, and the individual.

It’s astonishing what a broad canvas Lee paints this story on, which brings in so many other characters and their own issues and affairs (romantic, sexual, or otherwise). It could be argued that these story-strands coming from other characters may feel tenuous to the main story, but Jungle Fever is going above and beyond its own premise as it introduces the stress of Flipper’s (sometimes mutual) family and friends to show how each of their problems seem to stem from, and contribute to, the problems of others. 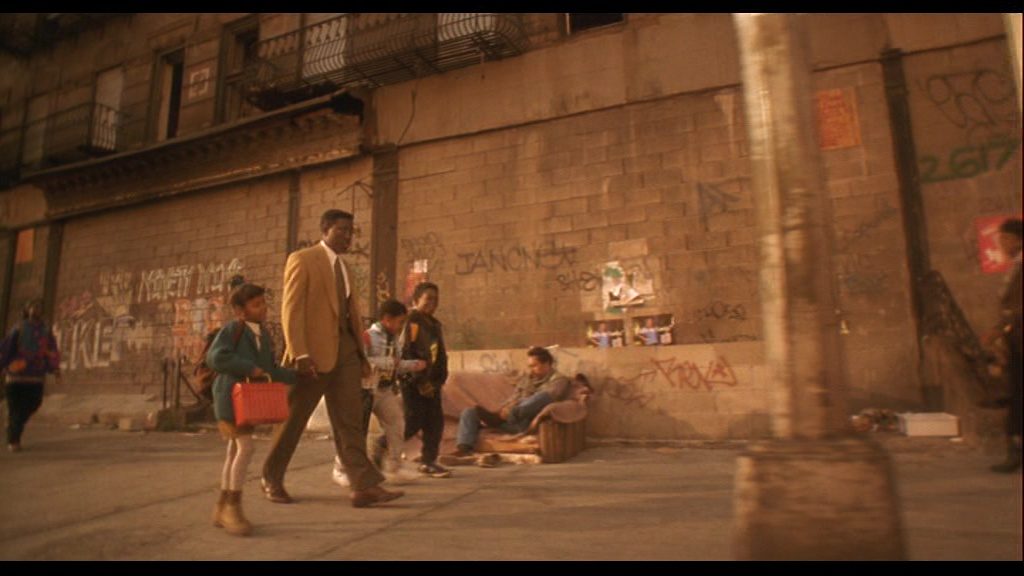 Lee often makes films that cover a large area and large ensemble of inhabitants in that area, and Jungle Fever may be his loftiest, which also justifies its 126 minute run-time (which I thought was quite lengthy for a romance film from Spike Lee about infidelity, until I actually saw the film).

Perhaps the most memorable of these side characters is Flipper’s brother Gator (Samuel L. Jackson) who steered away from the successful path of Flipper or the religious-based structure of his parents, the Reverend (Ossie Davis) and Lucinda (Ruby Dee). The overt opposite of Flipper’s mannered sensibilities, Gator is an impulsive and sneaky crack addict, always hounding his family for money. He spends the majority of his screen time with a conniving smile on his face and constantly rubbery movements, failing at making himself appear friendly through his crack-addled body.

Given that Jackson only just came out of a drug rehabilitation centre before entering this role (which won him Best Supporting Actor at Cannes), he absolutely fills out his performance with a frightening sadness that pierces through his happy-go-lucky façade. It’s just one of few roles from Jackson in his early career that show what a tremendous and essential actor he has been for the cinema world. 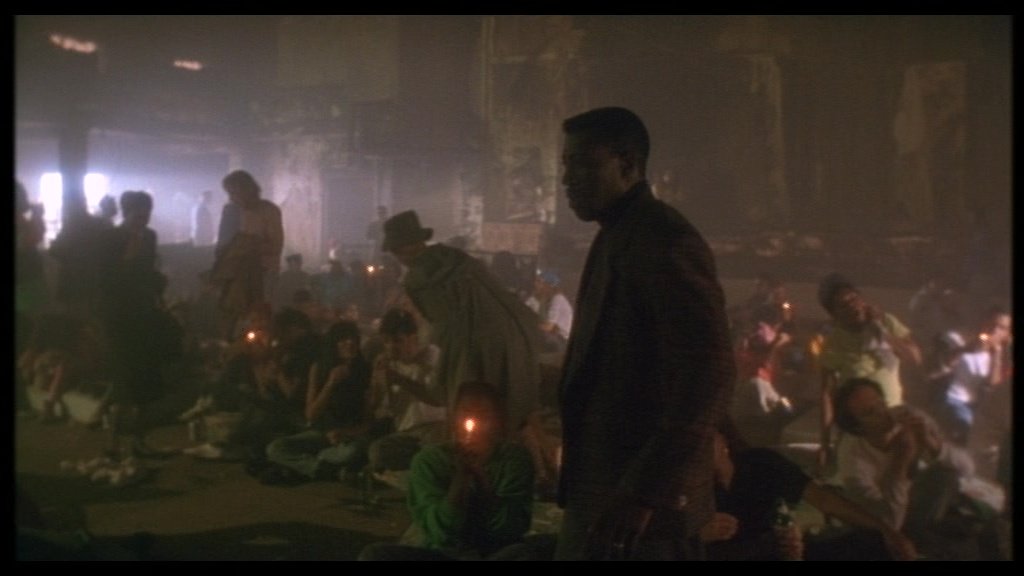 Also impressive is John Turturro as Angie’s fiancé, Paulie, a boyish sort of man who, as it’s revealed throughout the film and throughout his ensuing heartbreak, is somewhat stronger in character than he lets on. More than any other character in the film, he seems to be the one with the most confidence in who he is, which may come at a detriment to his romantic pursuits. He is brilliantly played by Turturro, who gets most aggressive when dealing with his father (Anthony Quinn) and the innumerable demands this patriarch makes (similarly to Angie’s own motherless household).

This is one of those ensemble films where every character really sounds like their own individual, all with their own values and opinions, all responding to each other within this wide world in Harlem. Lee really knows how to flesh out varying characters, as well as how to cast them with aplomb, including Flipper’s little daughter, Ming (Veronica Timbers), who feels like a part of the whole story as well through her brief appearances.

At the end of this film (in what should rightly be called an epic), this assortment of different storylines stranding from different characters all vary in how ambiguously they conclude – some very much have a dramatic climax to close them off, some seem more hauntingly open-ended, others with more uncertain hopefulness, and others seem to cut out in what feels like a true slice-of-life piece of fiction (it wouldn’t make sense for all these stories to finish at their appropriate end all at the same time). 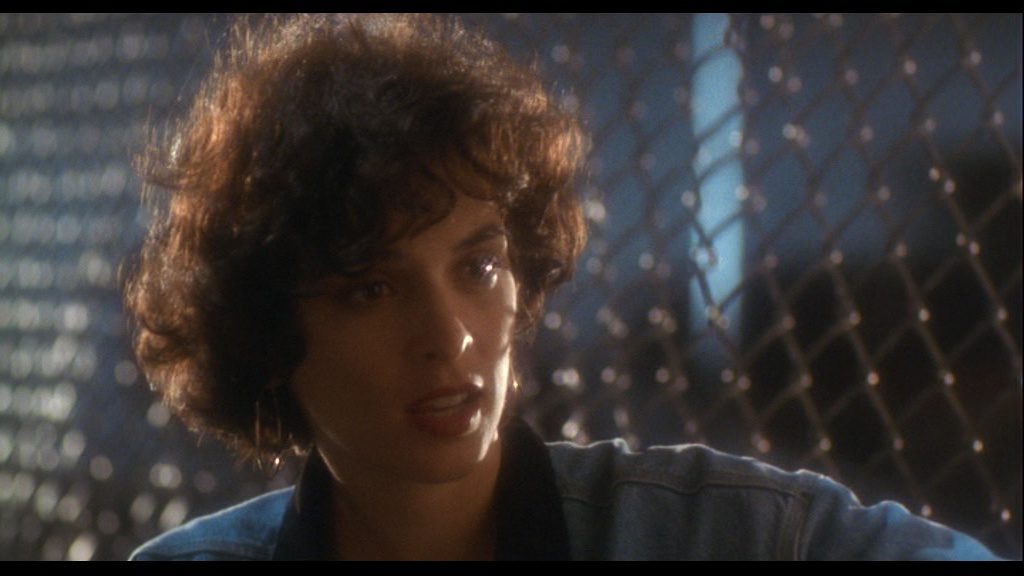 At this point in Lee’s career, music was always going to be an essential (and funky) contribution to his work. Having made a killer soundtrack on Do the Right Thing (1989) and tackled a movie about music with his career misstep Mo’ Better Blues (1990), he continued to prove music was a large part of how he placed a story on screen. There are two forms of music in Jungle Fever: Stevie Wonder’s original songs and Terence Blanchard’s musical score.

Stevie Wonder has the perfect jam to kick off this film, with his title track enhancing the awesome opening credits, with everyone’s names and titles on road signs flying over Harlem – seems like the perfect way to introduce us to this city of stories. Wonder put out a whole album of new tracks for the film, which are worth hearing in their entirety (rather than in their appropriately mixed down level in the film).

Blanchard’s score seems to be the musical opposite, playing off a different set of ideas and moods. Whereas Wonder’s tunes are uplifting and often sexy, Blanchard’s score introduces a more classical quality to the film. It makes Jungle Fever often feel like a Douglas Sirk melodrama, even if it’s one that’s firmly planted in the wildness and cultural stew-pot of the ‘90s. Along with some of the eclectic camerawork (typical for the cinematically adventurous Lee), this score is the most grandiose aspect of the film and makes the drama feel all the more important to the viewer (without ever conflicting with Wonder’s songs).

Jungle Fever is just about the perfect romance film. It deals with a serious subject in a serious manner, though never succumbs to the stuffiness and rigidity of seriousness and never loses its looseness or humour. The acting from all in this impressive ensemble work is outstanding (Wesley Snipes, what happened to you??) and it’s certainly a Spike Lee film to a tee, containing the very best of his funky style, his stunning camerawork, his excellent use of music, and very timely and perhaps timeless exploration of romance, using a barrage of characters to provide a multi-faceted view of the race relations and impulsiveness that pervades it.