The compelling 10-minute opening sequence of Palestinian director Hany Abu-Assad’s eighth feature Huda’s Salon throws you off-guard from its seamless transition from initial sweetness to lurking terror. It is a short film into itself. Huda (Manal Awad), a stylist based in Bethlehem, and her present client, Reem (Maisa Abd Elhadi) converse about social media troubles and future plans. Reem has also brought her baby with her. There seems to be a real understanding between the two women. But by the time Reem leaves the salon, her world has changed drastically.

Only the viewers gasp in close attention; Huda drugs her unconscious, then strips her naked and captures her in a compromising state with another man who was hiding in the same salon. Why me? She asks Huda- whose tactics of blackmailing her into becoming informants for the Israeli Secret Service is now complete.

There’s no escape for these women, both of whose stories we follow parallelly after the ill-fated introductory encounter. Hany Abu-Assad, the director behind stunners like Paradise Now and Omar, is back to form in this brisk and solidly effective political thriller that cuts deep into the Palestinian resistance under Israeli control. His last feature was The Mountain Between Us, which starred Kate Winslet and Idris Elba in a plane crash of an adventure. Huda’s Salon feels much more familiar and intimate, offering his viewers of a closely dissected and conflicted view of quotidian interactions with such tremendous skill.

Huda’s Salon follows these two women caught in a crisis with two distinctive strands- Reem’s storyline is more dynamic, as she is unable to stay in one place with her piece of mind. The constant dread is heightened with hand-held camerawork and long tracking shots as she finds herself entangled in a cat-and-mouse chase with Hasan’s (Ali Suliman) men. Cinematographers Ehab Assal and Peter Flinckenberg trace Reem’s anxiety and panic with superb grace. On the other hand, there is Huda herself, who finds herself stranded inside a tense interrogation room. Abu-Assad lends a certain kind of theatrical quality to these scenes that make it seem a little staged, but it heightens the contrast between both the strands surprisingly. 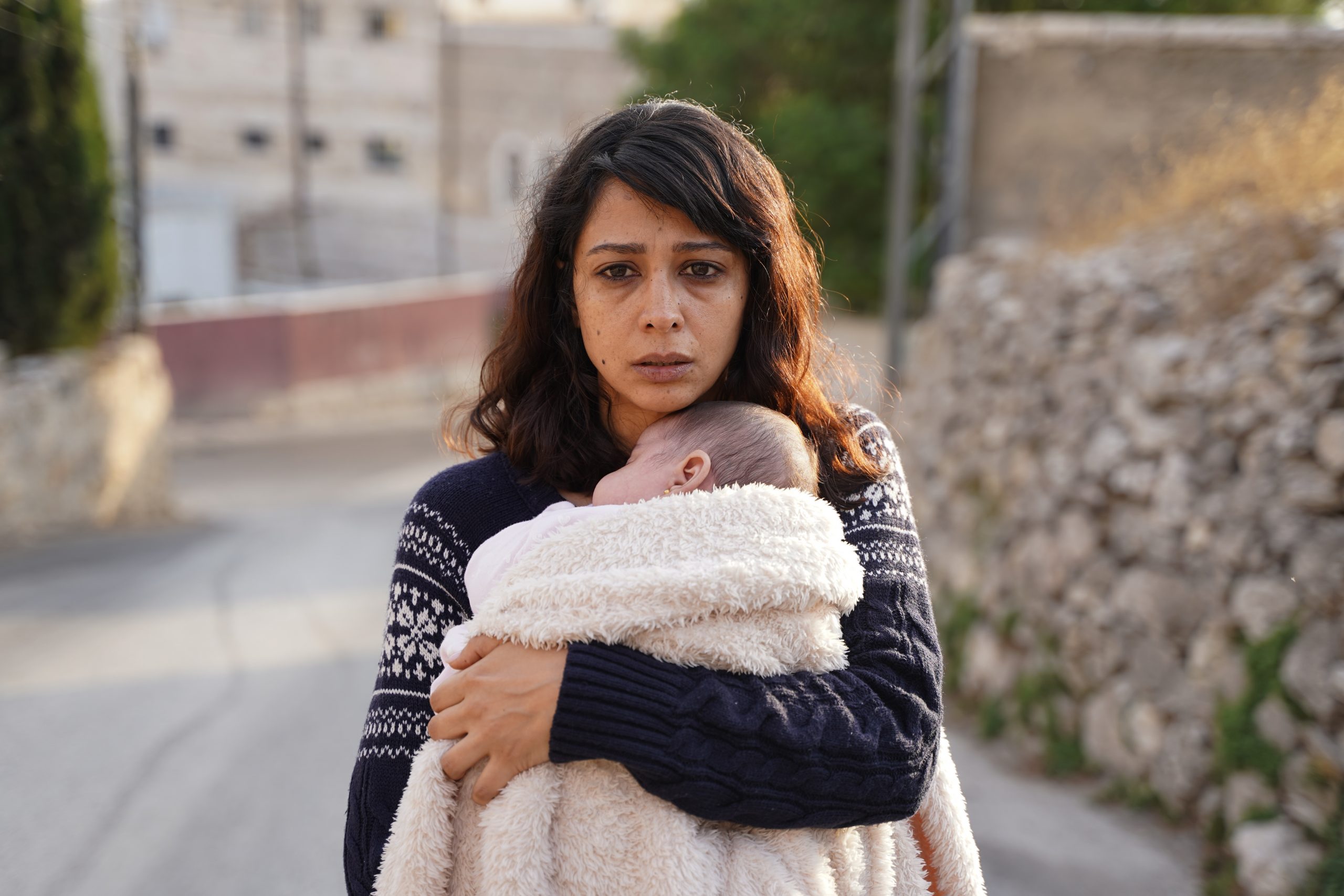 The tension dials up ferociously in the latter half of the story, but instead of bringing a bracing sense of unpredictability, it only mounts on unnecessarily after a point. This brings us to the emerging question that Huda’s Salon, in questioning the futility of war and its impact on generations, devotes a considerable amount of time in twists and turns. Huda’s Salon falls into its own undercurrent of didactic resistance, and by the time it reaches its catastrophe, the uneasiness has already given way to grace notes of finality. There is miscommunication, understandably so, but Huda’s Salon never reaches to effectively counter its point in the given context. It reveals and then forgets. If there’s no escape from this unending series of horror and panic, then why chronicle so long?

What drives Huda’s Salon is the expertly restrained performances by its co-leads, who make sure that not a bit of the terror feels misplaced. Even when the quotidian gives way for the uncompromising, not a beat feels missed on the faces of Awad and Elhadi. Awad hides a cunningness with a volatile sense of dread without being loud. Elhadi, in particular, is superb in her spiraling of anxiety and panic. Even when the narrative tends to sideline its context, Elhadi makes sure we keep the presence of her innocent baby in our mind- she makes that helplessness stick.

Impossible to forget, Hany Abu-Assad constructs a dramatically rich and expertly crafted psychological thriller. It does not reach the same heights as his Paradise Now and Omar, still, Huda’s Salon is an important film in its own regard. It is not perfect in its own understanding, but bitterly relevant to the current realities we are living in. The cost of war on a nation’s people, particularly women, is horrific. As the war on Ukraine inspires widespread acts of resistance across Russia, with more than 4,000 demonstrators being arrested amid crashing points of Russia’s Currency, one cannot help but wonder where the world is headed. Resistance is indispensable, and as Huda’s Salon ruthlessly demonstrates, sometimes it is more important than survival itself.