She’s Gotta Have It is trying to posit a case for polyamory, which is a hard sell, as only the small minority of any given society has benefited from polyamorous relationships. To the film’s credit, this is a rarely discussed matter in film, ergo one worth exploring. But the film fails hard, as such a subject matter would need to be delicately scrutinised, unpacked, and presented if a film wished to present its virtues and possible utility. 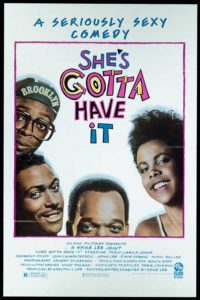 Not all great directors can be like Orson Welles and kick off their career with a stunning debut. Stanley Kubrick, Francis Ford Coppola, Lars von Trier, and James Cameron weren’t able to, and Spike Lee’s breakthrough debut shows a wide disparity in style, entertainment, dialogue prowess, and character likeability than in his later films. She’s Gotta Have It, which centres on Nola Darling (Tracy Camilla Johns) and her three boyfriends as they compete with each other for her affection, is a flat-out annoying, aggravating, and often boring “romantic” “comedy”, which feels twice as long as its not-merciful-enough 88 minute run-time.

The problem indeed stems from Nola, who comes across as smug, entitled, self-centred, and as someone who has more brains between her legs than her ears. This film agonises over her promiscuousness and the array of non-problems that come with it, but the film has hardly any care for these male characters, as all of the film’s sympathies are put on Nola.

There’s very little at stake here: Nola is wondering which of the three men is best suited to her. Or perhaps she’d just like to stay with all three. Or none of them. She doesn’t deserve any of them, even if they’re hardly any bit less likeable than her. Spike Lee himself plays the slightly dweeby Mars Blackmon, who is certainly the most childish, most cocky, and least likely to win Nola’s affection. Greer (John Canada Terrell) is the muscular and vain body-builder boyfriend, who believes his chiselled good looks make up the majority of his personality. And there’s Jamie (Tommy Redmond Hicks), who appears to be the most soothing, most gentlemanly, and most grown-up of the three who Nola should clearly go for, though as it turns out he has a dark brutish streak. 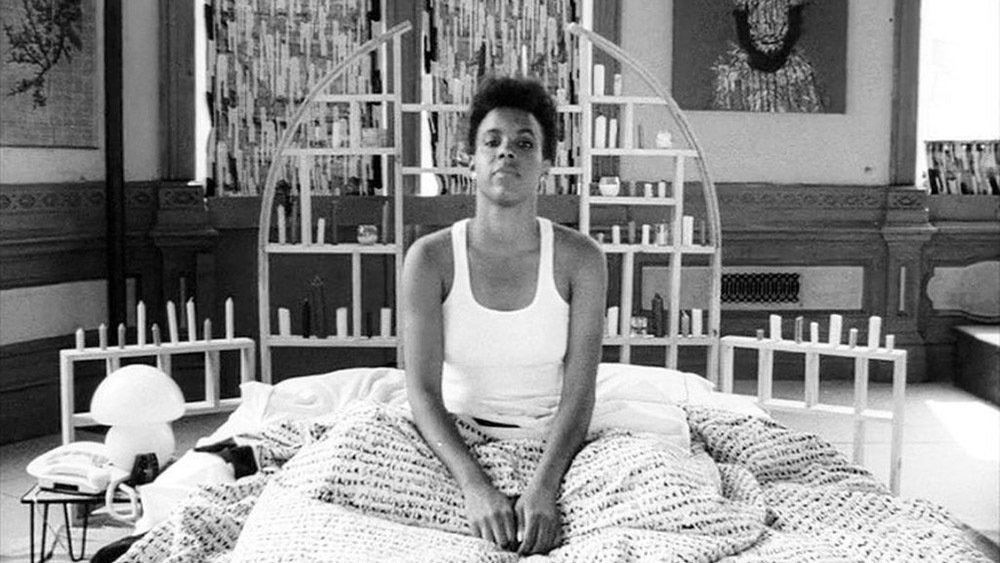 She’s Gotta Have It is trying to posit a case for polyamory, which is a hard sell, as only the small minority of any given society has benefited from polyamorous relationships. To the film’s credit, this is a rarely discussed matter in film, ergo one worth exploring. But the film fails hard, as such a subject matter would need to be delicately scrutinised, unpacked, and presented if a film wished to present its virtues and possible utility. She’s Gotta Have It seems to do the opposite, making polyamory seem like a conflicted mess that pits those in the relationship against each other.

Yet the film still seems to suggest that the sort of relationships Nola has is viable. At the end of the film, she reaffirms her polyamorous ways, but has absolutely no resolution. That is the biggest issue with She’s Gotta Have It, amongst its impressive technical proficiency and creativity, its central character lacks any real growth. She is the source of most conflict, but is never dealt with any herself, so she remains the same smug, entitled, self-centred character throughout the entire film, even though she desperately needs to grow up and grow a sense of awareness for other people.

The entire film is made up from the perspective of this unchanging character, with no room for taking viewpoints from who may’ve been more interesting characters. Lee tackled similarly strained multiple relationships with the far superior Jungle Fever just five years later, when he had finally cemented his confident filming style and compelling, yet sympathetic characters. I’m sure we’ll get back to the regular Lee goodiness in later instalments of this series.

Tigers Are Not Afraid [2018]: 'Fantasia' Review - A fairytale set in a ghost town