Imagine The Florida Project, but instead of shady motels, the children inhabit the word that is far more cruel- the streets of drug war-torn Mexico. Tigers Are Not Afraid is a fairytale set in a ghost town in the outskirts of Mexico where deaths and disappearances are normal. The idea of using fairytale elements in a story about the lost children thrust into the violent world of drug cartel is fascinating. And the premise mostly sticks the landing.

The film opens with the children writing their own fairy tales in a classroom, which is soon attacked by the mob. Estrella, a young girl, returns home and finds that her mother is missing. In her quest to find her mother, she ends up on the street and fights against a drug lord. In a way, the story is similar to the fairy tale of Peter Pan who leads the lost kids on the mythical island of Neverland. The film has some supernatural elements. Throughout the film, our protagonist is guided by bloodlines, ghosts, and dragonflies. She relies on fairy tale elements like ‘three wishes’ and ‘tigers’ to save her, believing that they would free them from the harsh realities they live in.

Issa Lopez is a phenomenal director. In Tigers, she makes some bold directorial choices. And those risks mostly pay off. Despite fantasy elements, the film looks very real. It doesn’t feel caricature. Working with child actors is difficult, and getting a good performance out of them is even more so. The casting of this movie is spot on. Issa works with mostly non-actors kids. They actually feel like real people and not some actors reading the lines, which renders authenticity to the characters. You can see a genuine chemistry between them. Tigers features some of the best performances by children I’ve seen since The Florida Project. Another thing I admire about this movie is the portrayal of violence. We see it from the perspective of kids. The movie is about the violence of the drug cartel, but we hardly see actual violence on screen. The fact that it’s being viewed by the children is what makes it disturbing. As Haneke says, when it comes to violence, what you don’t show the audience is way more powerful. 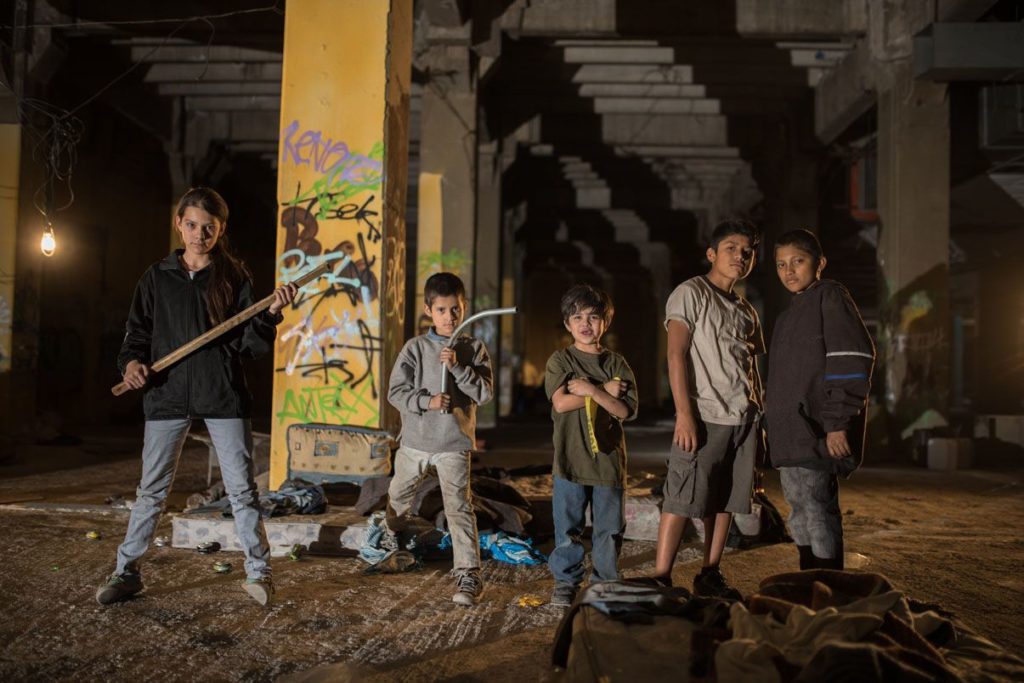 The ‘Tigers’ in the title refers to street hustlers. But there is also a reference to the fairytale creature- Tigre- who once had a family in the jungle. The Tiger is a metaphor for kids in Mexico who lost their houses, their family. In the movie, kids talk about Hauscas who kidnap children and sacrifice them in satanic rituals. These kids have been through so much, now they can do anything. They are the Kings of this jungle. Tigers is actually a fairy tale where children realize that there are no fairy tales. If there are any princes, princesses or tigers, it’s them.

There is also a commentary on patriarchy i.e. Boys can’t accept that a girl is leading the gang. Shine, a boy who is the leader of street kids can’t accept a girl taking decisions. He calls her ‘pink ass Disney princess’. There is another instance where a teenage kid asks Shine if he sent a girl to do his job.

Now, let’s talk about flaws. One of the things that bugged me about this movie is how abruptly everything happens. At times it was hard to catch up with the pace of the movie. For instance, the character of protagonist changes so quickly, one moment she is writing a fairy tale in the classroom and a few minutes later she is ready to shoot a gangster under the pressure of street kids she just met. The film quickly jumps from one event to other without giving the story time to breathe.

Overall, Tigers Are Not Afraid is a crazy genre hybrid that benefits from strong performances by kids and assured direction of Issa Lopez.

Tigers are Not Afraid Trailer

“TIGERS ARE NOT AFRAID” WAS SCREENED AT THE 2018 FANTASIA INTERNATIONAL FILM FESTIVAL.
CLICK HERE FOR OUR COMPLETE FANTASIA COVERAGE

Tigers are not afraid releases in New York and LA August 2019 and will soon be available for streaming.