“The Wind was a torrent of darkness among the gusty trees,
The moon was a ghostly galleon tossed upon cloudy seas,
The road was a ribbon of moonlight over the purple moor,
The highwayman came riding, up to the old inn-door.”

What is it like to live inside a kaleidoscope? Small fragments of crystals enshrined in a confined space. Inadvertently, the bits of tottering glass intervene to form a pattern. This is the image of Mumbai, the kaleidoscopic city glittering in its nocturnal murkiness. There are at least two types of crystal in Vasan Bala’s riveting debut Peddlers (2012), one is obviously meth, and the other pertains to fuzziness and fragility humanity, whose only function is to be part of cosmic pattern in this Tipler cylinder of life.

Every act is the product of people involved in it. Peddlers (2012) is a thriller, in which issue of drug trafficking is in backdrop, while main focus remains people swept into it. Here, seemingly disjointed stories of four characters are loosely stitched together, as their paths collide, just like crystals twirling inside kaleidoscope.

Much like his master Anurag Kashyap, Vasan paints dark side of Mumbai as he manoeuvres the camera along local trains and streets of this ghostly city. In the background, poignantly galvanic poem of saint Kabir ‘The Swan will fly Away’ and Varun Grover’s ‘Babloo Babylon Se’ play on radio over silent conversations, which adds to soreness of movie. Vasan doesn’t dwell much on plot, he loosens his characters to find their own way into story.

Peddlers (2012) is one of those rare Indian movies to portray cop as a human and not some superhuman savior. Gulshan Devaiah is completely invested in the character of Ranjeet, a fraudulent cop, who lures in a married woman next door despite his sexual impotency. His motto is simple, “If you can’t catch criminal, invent your own.” He stages his own crime scenes, plunging into it the evidences and suspects of his preference. Even in personal life, he stages crime scenes, by trashing soap-filled condoms in hotel room, giving false impression to his partner that something might have happened at night. 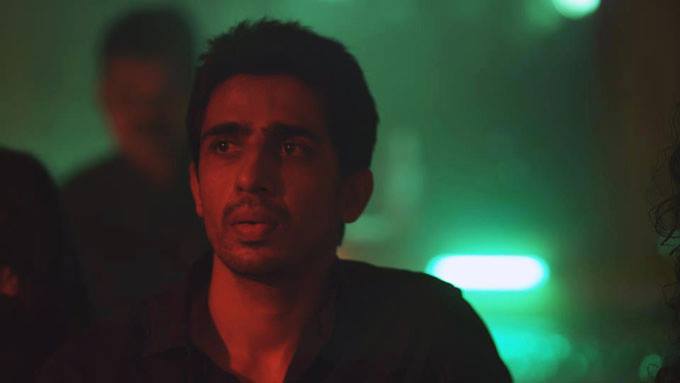 In Peddlers, cop and criminal are equally guilty and vulnerable. Instead of usual cat and mouse chase, there is an endless chase here, as if dreamer trying to catch up with his dreams. Before she won everyone’s heart with her nuanced performance in Lunchbox, Nimrat Kaur played similar character of flirtatious housewife who falls for crooked cop next door.

Siddharth Menon is spot on as Mac, a drifter who desperately seeks companionship. He finds himself attracted to Bilkis (played by Kirti Malhotra), an incipient drug pawn of JJ (Murari Kumar). Her mission is to amass money for her infant, while she rots in her last days, suffering from cancer. Mac sympathizes with her condition and attempts to soothe her in the age of oblivion. Character of Mac reminds me of a guy, waiting for a boat, a paddle boat, a swan boat.

During his journey, he meets someone he wants to cling to, but he can’t. Midway, they spot a hole in the boat. Water begins to fill in; still they keep paddling, until they are neck deep into the river of filth. Suddenly, the act of paddling peddles the emotions that engulf our conscience with cruel sense of irony. They are people of wanderer, who will never sail ashore. They are peddlers.

Peddlers (2012) has been special project for everyone associated with it. Entire movie is crowd funded through facebook campaign. With the raw and realistic performances by ensemble cast and unique vision of Vasan Bala, the film breaths a fresh air of Indian New Wave cinema. It is heartbreaking to see that a movie that has been successfully peddling from one prestigious film festival to another is yet to see the light of day.