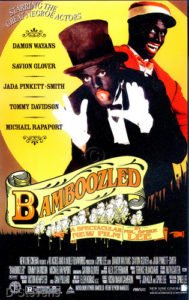 Ohh, Spike Lee. He may always seem angry in his films, but sometimes in a cheeky manner. Bamboozled is permeated by his usual anger at the treatment of black people throughout the US’ troubled history and places that anger erroneously within a modern setting – although this is more or less a common theme throughout his filmography, Bamboozled accompanies this anger with an acidic humour that trickles all across this extraordinary and also extraordinarily flawed film.

If you can’t tell from the poster, Bamboozled primarily concerns itself with minstrelsy. Not a topic that Lee would shy away from, but he situates a new emergence of this outdated historical embarrassment back into the entertainment industry (of the turn of the millennium, when this film was released). TV writer Pierre Delacroix (Damon Wayans) is black on the outside, but white on the outside, and he conceives the idea of a minstrel show for his television network in an effort to get fired. In a back-firing twist, Jewish co-president Thomas Dunwitty (Michael Rapaport), who is white on the outside and black on the inside, reacts positively to the idea and the out-right racist show becomes a national hit – for whatever reason.

As you can tell, this Producers-esque concept is hardly digestible. Lee’s satire is so elastic that he situates Jim Crow-era racial politics within the turn of the millennium era that occurred forty or so years after the Civil Rights movement. As tough as it is to take in, Lee uses this exaggerated concept to ponder over how much input black comedians have in their own performances, or how much of it has been distorted and literally whitewashed with racists undertones by non-black producers. 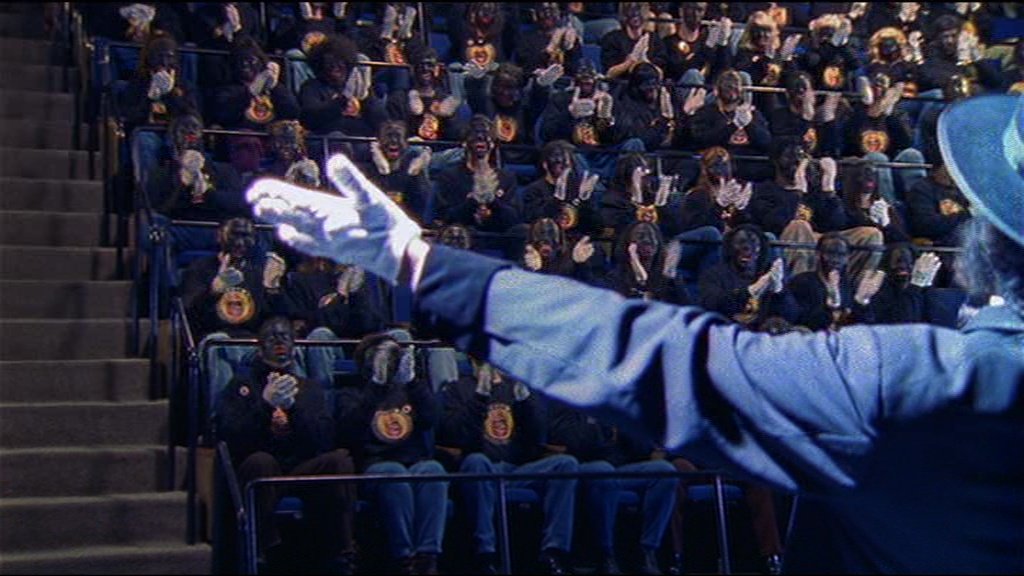 It’s a blatant satirical move, but the way it explores black creativity in entertainment is audacious, not to mention just how funny and amusing Lee makes the entire film with such incredible writing, tremendously outward performances, and shocking progressions in this racially sensitive plot. The film was shot with consumer-grade mini-DV cams, as a way to not only lower the film’s budget, but to differentiate these scenes from the TV shows sequences that are shot on film. It’s no wonder that such a ballsy film would need to make such a technical compromise, especially as it ultimately failed commercially and critically.

To star in this minstrel show, Pierre enlists tap-dancing street performers Manray (Savion Glover) and Womack (Tommy Davidson), who are given the minstrel character names Mantan and Sleep ‘n’ Eat respectively (or not so respectively). These performers wrestle with the racial shamelessness, their newfound popularity, and their complete lack of creative control.

Despite the trickiness surrounding this messily assembled satire, no other film in cinema history has quite lensed minstrelsy in this form of hindsight manner. There’s not only the Mantan and Sleep ‘n’ Eat program showcasing the ridiculousness, but most importantly the ending montage showing numerous black stereotypes in films, TV shows, and cartoons throughout the first half to the 20th century, not to mention the variety of Jim Crow-era black novelty figures Pierre begins to collect, that are put on display throughout the ending credits. So much emotion is attached to these simple sequences of exhibition from the heart-wrenching and spiritually exhausted music from the always reliable composer of most Lee films, Terrence Blanchard. 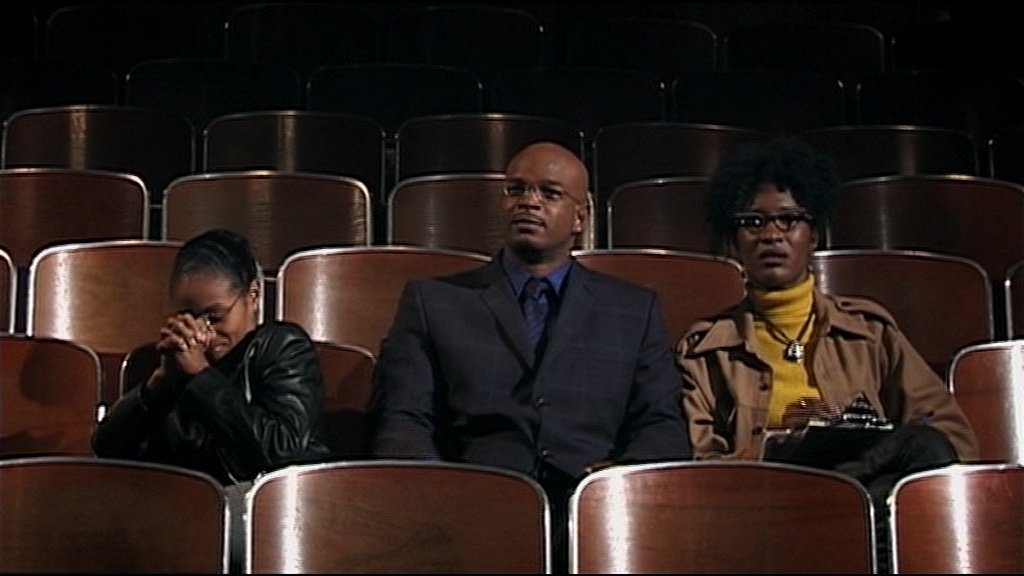 Lee withholds any obvious anger surrounding this historical embarrassment and seems to view them in a restrained and objective manner, leaving the anger and shame on the audience instead. Even after the elongated montage of black stereotypes in the entertainment industry, Pierre follows it up by saying “as my father always said, always keep them laughing”, though in the context of minstrelsy, this seems like a cynical approach.

This seems like a sly reference to Singin’ in the Rain, and as the back of the DVD states, it’s obviously referencing The Producers as well. The DVD’s back also mentions Network as a reference, not just due to the radicalist nature of the TV executives desperation for attention (even through amoral and exploitative means), but also the line uttered a number of times “I’m sick and tired of niggers and I’m not going to take it anymore”.

Bamboozled also owes a debt to Putney Swope (1969), which also cynically portrayed black people taking over an industry and running it to the ground through misguided radical means. There’s also the over-the-top black-centric advertisements shown between the minstrel show, which seem to be a direct continuation of the similar advertisements that are prominent in Putney Swope.

It can be said that Bamboozled is a film of flawed and troubling satire and humour, but it can’t be said that it isn’t a unique film. There’s just about nothing else like it and Spike Lee, at a point in his career where he was slightly slipping from mainstream acclaim, managed to execute this exceptional film about an unexceptional moment in history, a flat-out balls-out move in his filmography.