It is a tricky period in life when your body starts to change and one of the most important aspects of it comes when you get interested in the subject of sex. Sex is a subject that is not something so easily discussed with your parents or even with your friends. Exploration of this part during High School, through teenagers, is a subject that Hollywood has done so many times. And most of these stories are about a bunch of boys trying to lose their virginity at a party. You know what those movies are. However, in recent times, we have seen a gradual change in those stories as a new wave of filmmakers are exploring the subject with more maturity. Showing the vulnerability, shyness, guilt and messiness that comes with it. Karen Maine’s Yes, God, Yes has the addition of God, sin, and eternal damnation attached to it.

Based on the Short Film by the same name, Yes, God, Yes is set in the early 2000s. It opens with our lead character Alice who studies at a Catholic High School. She observes her teacher walking with a notepad and scale (which she uses to measure the length of a skirt) handing out discipline tickets to the students who are breaking the simplest of rules. Alice is attending a sex-ed class today where she is taught how ladies are like conventional ovens whereas guys are like microwaves. They need only a few seconds to heat up while ladies need to be preheated for a while to get switched on. Now comes the part where it goes up a notch, how God has created boundaries, naming marriage for the purpose of having children, and anything sex outside of it is against God’s plan. Every class has the one person who will ask that question of having sex with yourself. The question is replied with a question, “Can you create children from sex with yourself? ” which is answered by a student with a resounding No. The class ends with the note of eternal damnation for both parties who do it with themselves or with others outside of marriage.

Written and Directed by Karen Maine, Alice is a curious teenager, leading a quiet life, rather being ignorant or disgusted she tries to understand the new awakening of lust in her. Her curiosity is fueled by rewinding a certain sex scene in Titanic but when confronted by her best friend she pretends that it was because she couldn’t hear the dialogue. Returning home, Alice logs into her AOL account to chat, soon the conversations with a stranger turn racy, she discovers self-pleasure and is guilt-ridden about it. To make matters worse, the next day a rumor is spread around her Catholic school that she and her classmate Wade have committed a sexual act. Alice dismisses the rumor and tells her best friend that she doesn’t know what sex act even is. 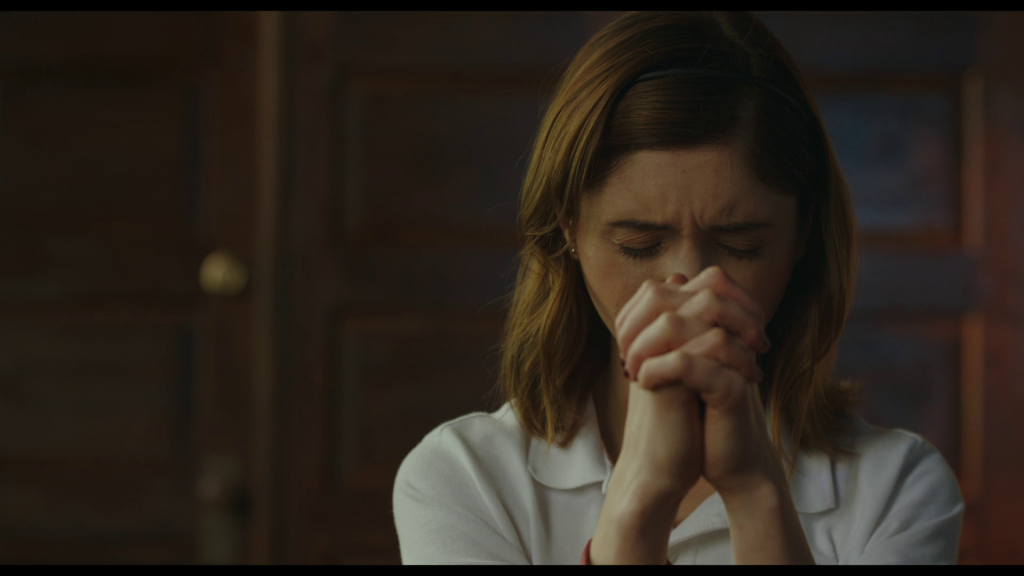 With the fear of eternal damnation in her mind, seeking redemption Alice decides to attend a religious retreat led by Farther Murphy, to try and suppress her urges. But it ain’t that easy when she meets a cute boy in the retreat. The journey of Alice is quite relatable and especially to the ones who grew up in that decade. From the Nokia phone on which Alice plays the snake game and later discovering the vibrate mode which she uses for self-pleasure. Alice’s world comes face to face with the nature of humans and how it leads to hypocrisy and hidden desires. And her world spirals into chaos when she catches the retreat’s most devout in acts which they install shame and guilt for others.

Natalia Dyer as Alice gives a great performance. Leading with her expressions that bring out the feeling of guilt and shame her character feels. It is quite a difficult task to let those expressions come in naturally but Dyer does with ease. Karen Maine installs her own experience as a teenager through Dyer and we see how it brings out great results. There is charm and sensitivity in both the performances led and the storytelling. And I liked the scene towards the end when Alice flees from the retreat and visits a bar where she meets an ally who gives her an alternative view on what she feels. Everything Alice goes through have been a part of our lives, some things might be different but the feeling of guilt, shame, and vulnerability is common. I still remember how my classmates talked about the painting scene from Titanic, the same desktop, the rush feeling when your mom calls you from a different room and you immediately switch off the monitor. 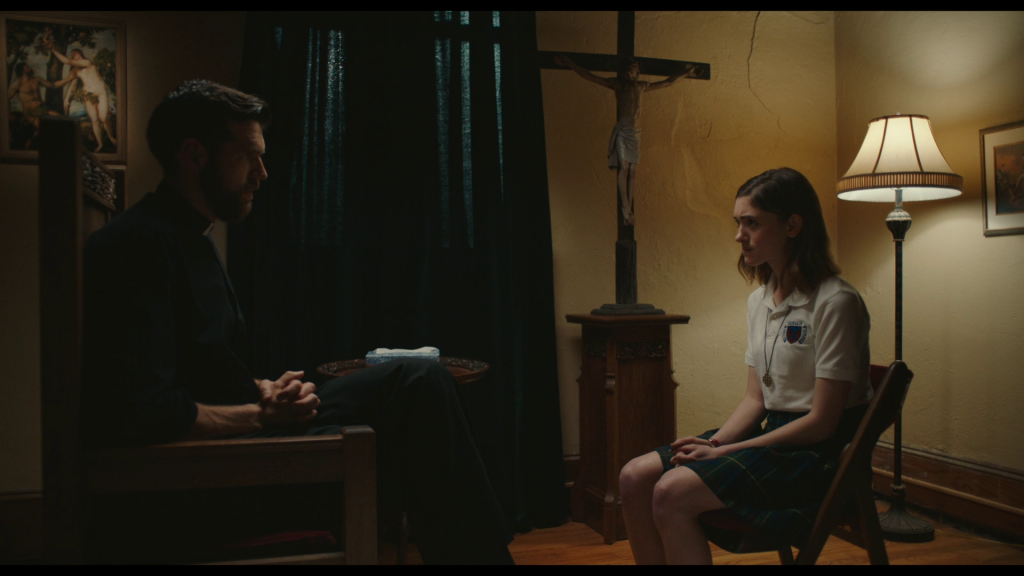 Yes, God, Yes ends on a note of realization for Alice who realizes that she can decide for herself for what to believe in as she rewinds back to the scene of Titanic. Led by Natalia Dyer’s charming and expressive performance with writer-director Karen Maine’s own experience which makes the story more personal, honest, sharp, sensitive, and quite humorous at times. Watch this movie if you don’t want eternal damnation.

The Artist Versus The Technocrat