“Your problem is that you’re not happy being sad. But that’s what love is – Happy-Sad.” 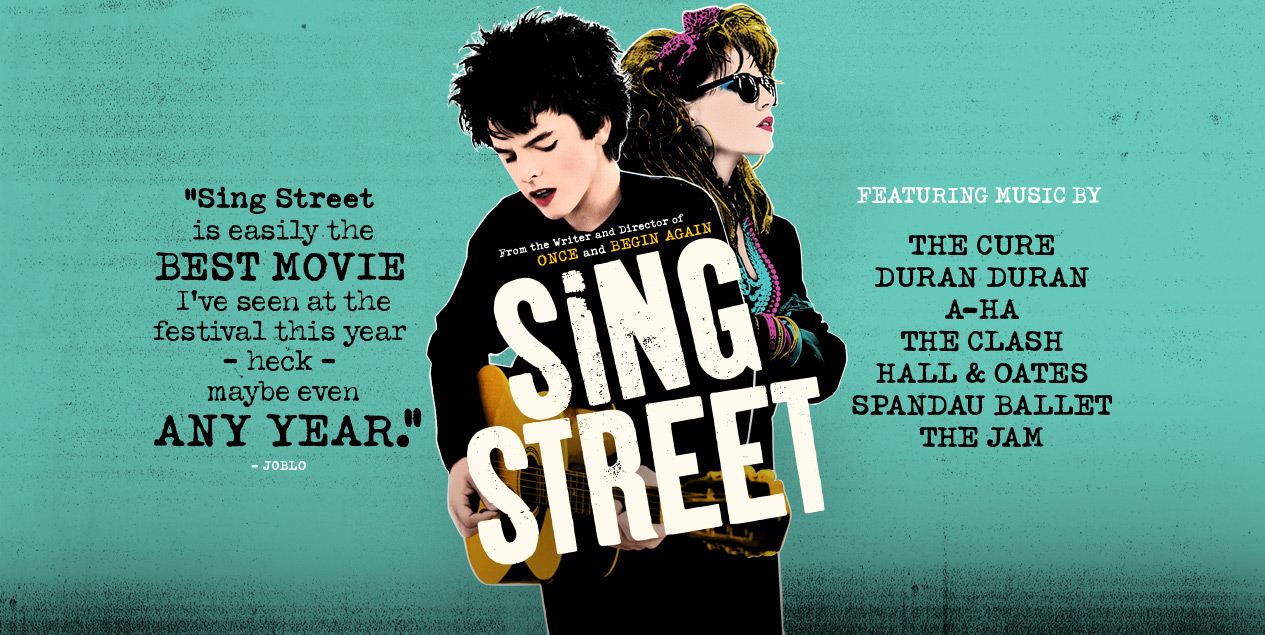 The charm of any John Carney film doesn’t lie in how well he manages to present a fresh and new story but how seamless he makes looking at a film as he plucks through your heart-strings one note at a time. Carney has reached a point of no return. He will, or he has already become the king of films based on music. Starting on with the fabulous indie film ‘Once’ in 2006 and winning it big at the Oscar for the best song shows how much he romanticizes with the idea of music; not only as being a soothing healer but being an entity that defines your norms and idea about life itself.

Carney’s third feature lies somewhere between his first and second film. It has elements of being a well made indie film with a heart, while having commercial audience pleasing moments of solidarity. What still makes it a great film is its central theme of finding your own voice in the jungle of richly obnoxious choices. The valuable and inspiring notes on finding yourself with all its cumulative faults and summations tells us that, not everything that’s inspired lies in the unoriginal category. 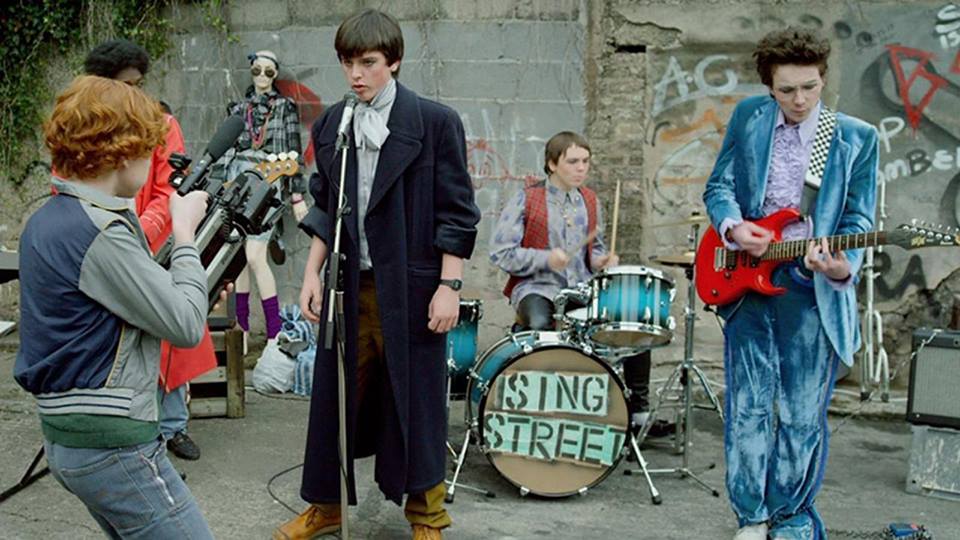 With Sing Street, which might remind you of Stuart Murdoch’s God Help the Girl or Alan Parker’s The Commintments, John Carney has stepped into semi-autobiographical mode. So when he rests his head over his nitpicked characters, they not only sing along but dance and solve all the riddles that surrounds the fresh melodies running through your head. Ones that just need a vision and direction, Carney provides you with that much needed direction, even when its pointing out to a wavy sea full of unknown adventures.

Sing Street is about Conor, a teenage kid suffering with parental-breakdown. His parents are cash-strapped and the only way they seek out is transferring Conor from his posh school to the christian brotherhood at Synge Street. Synge Street is not the ideal school for a kid whose dreams and ambitions are still under the rug. There are bullies, assholes and people who wouldn’t even let you wear brown shoes just for the sake of it. Conor while being deeply harmed by this instant change, finds solace in the beauty that stands across the street of his heart and his school, literally. Raphina is the kind of girl who could melt the hearts of young scholars and Conor is no stranger to this feeling. As he walks up to her and promises her a music video, he soon realizes that he needs to form a band to impress this girl with dangerous eyes.

If this was not a Carney film, you might expect immense conflict and random tantrum from the girl’s perspective. But Carney doesn’t indulge himself in such things. His aim is to present a simple story that’s at the film’s core. Even though he shows Raphina’s dilemma, he never actually misuses it for the convenience of the plot. He focuses on Conor, mostly romanticizing with the feeling that mellows down a teenager when he decides to take up his passion and run after it. 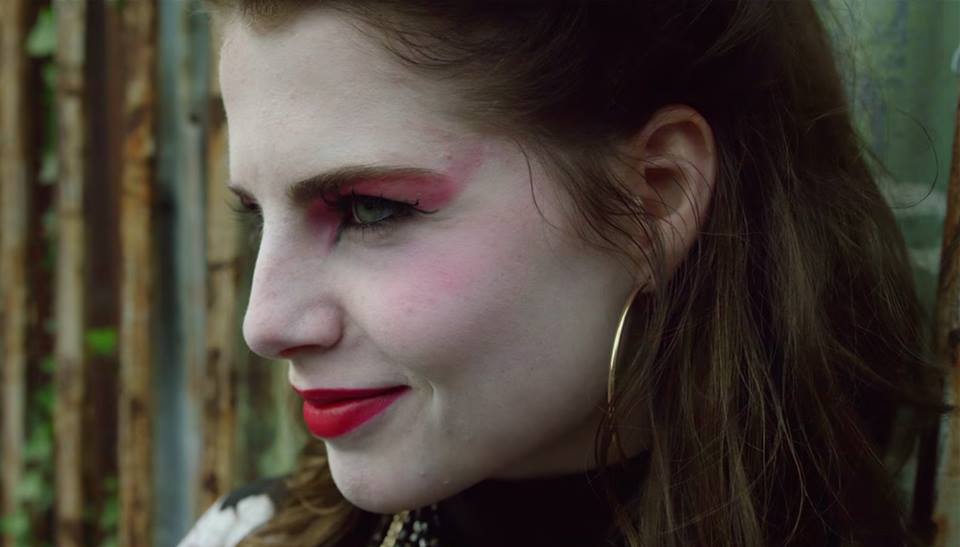 They say, making or creating art requires a muse, and hence Raphina acts like a muse to Conor’s daily rantings which turn into the lyrics of his songs. The greatest trick by Carney is how he uses Conor’s stoner brothers rambling and his own musing delights to transform mediocre music to something that not on pleases the ear but strums seamlessly with the heart-strings. The band members who form the core of ‘Sing Street’ are not given enough dough, but are as important to the film as the main characters himself. For instance even the kind named ‘Eamon’ whose rabbit-issues have restricted his playing-every-instrument-known-to-mankind to nothing. Conor who rushes onto him whenever he is stuck with a song, forms a very formidable bond with him. A bond that can’t be put to words. So when both of them sit down to get into the flow of their own tracks, their synchronicity matches like long lost friends.

However, Carney’s film is not without the parental and romantic cliché. Also, there are times when the some things are lost when he attempts to make his screenplay run faster than the notes he is continuously playing, which don’t do great things to the film and certain things seem off-beat for a while. When Carney’s focus moves from his music to the bullying and everything around it, he doesn’t seem all that convincing. But then again, when he gets back to his fairytale-esque plot of self-discovery his grooves starts getting back and everything falls back to place.

The film also feels like its ripping off things from here and there, mostly from Carney’s own films. For instance he takes up the sequence of ‘The Girl’ walking and listening to music from Once and fits Raphina right into it. There’s also another sequence when a song is being written and instantly it forms layers around it, when it moves from post production to the mid-production to the final product in a matter of second, which will take you back to the Mark Ruffalo sequence in the bar where he imagines instruments playing on their own. 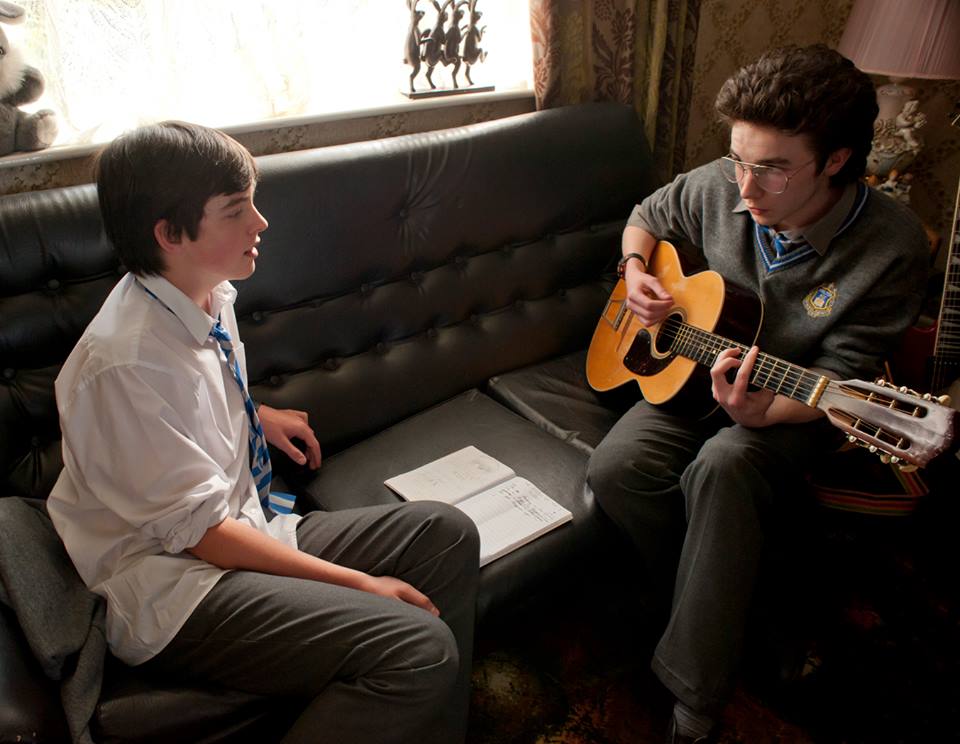 While being a terrific tribute to the late 80s bands that include the likes of Duran-Duran and The Cure, Sing Street is a heart-felt, feel good film that plays all the right cords and glides along beautifully into the sea of emotions that run through your head. The first love, and the first big decision is life have been presented with such delicacy that with all its issues, it still manages to win you over, again and again. Of all the compliments I can give to Carney’s film, it being absolutely adorable is the most fitting one.