“When spite comes along, Art dons a veil”

This quote by Hossein Sabzian, the protagonist of the film, perfectly defines the subject the film deals with, about an art lover hiding under a veil because he fears he may offend its audience, and how it also defines the everyday suppression of creative freedom in Iranian Cinema. Cinema doesn’t guarantee comforting lies all the time, in fact most great films are about harsh truths but to pass it off under the most critical of eyes, it needs to wear the veil of deception. In Abbas Kiarostami’s own words, he explains that cinema is a series of lies, said to put in front of us the greater truth. Close-Up is no social commentary about cinematic freedom and censorship, but it definitely portrays through Hossein Sabzian, that how the artists in Iran have to take the route of deception to express their message. Abbas Kiarostami finds out about this interesting incident where an ordinary man pretends to be a filmmaker and spends a few days with a family and does his artistic antiques. Kiarostami takes full benefit of the situation in hand and while trying to help the man, he presents the greater truth, which is about the struggles of an artist. 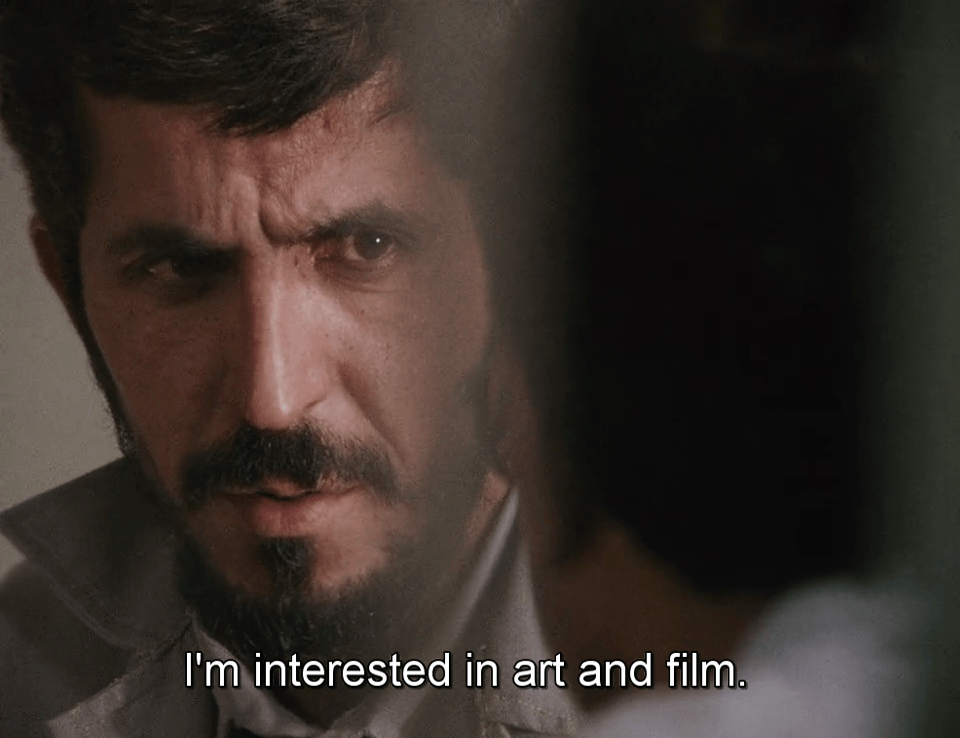 Close-Up is about Hossein Sabzian’s obsession with a particular film, the cyclist, directed by Mohsen Makhmalbaf, which supposedly portrays life’s suffering in a way that Sabzian could really relate himself with it. He is so moved by the film and ultimately Cinema as an Art form that he doesn’t feel wrong when he blatantly lies to the old woman of the Ahankhah Family that he is Makhmalbaf himself. We all have that one hero, an artist, who has inspired us in a way that their creation becomes a part of us and someone who is struck by poverty and unemployment lives happily with the delusion that he is actually the artist’s Alter Ego. When Sabzian lies about his identity, he didn’t think of it as a crime and while he does so, he enjoys the respect he gets which he will never get otherwise.

Close-up is a film about a man who lies, but is he not a good person, of course he is. He lives for Art and he lies for it. He pretended to be Mohsen Makhmalbaf but all the time he spent with Ahankhah family, he improvised his lie and found a different person altogether, his real self. Art flows in his veins but he doesn’t have the social status that people will care listening to him. Pretending as Makhmalbaf gave him access to that attention and so he exploited it and kept lying about his identity, but everything he talked about was not Makhmalbaf but Sabzian himself, the art lover. His only crime was that he became a protector of his passion by becoming someone rich, someone important, someone people will listen to 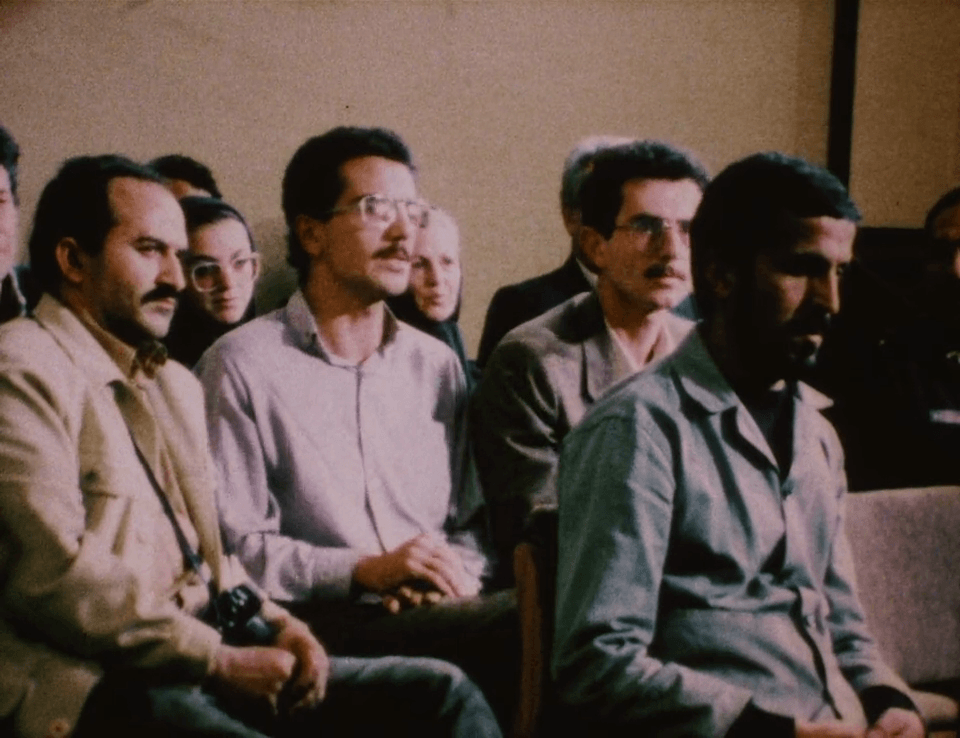 The courtroom trial is the real footage of the time Hossein Sabzian was brought to court after being in prison for a few weeks. It isn’t anything like a trial, even though we see a couple of plaintiffs accusing him of fraud; the whole trial seems like a meaningful conversation on Art and one’s love for it. The Judge is lenient who wants to set him free but since he is bounded by the law, he almost insists the plaintiffs to forgive him on the grounds that Sabzian’s intentions were never criminal. There is an opportunist journalist who is looking to earn a huge status by writing a story about Hossein Sabzian but the man who benefits the most out of this incident is Abbas Kiarostami himself, he saw substance in this incident while the journalist just saw a sensational report. 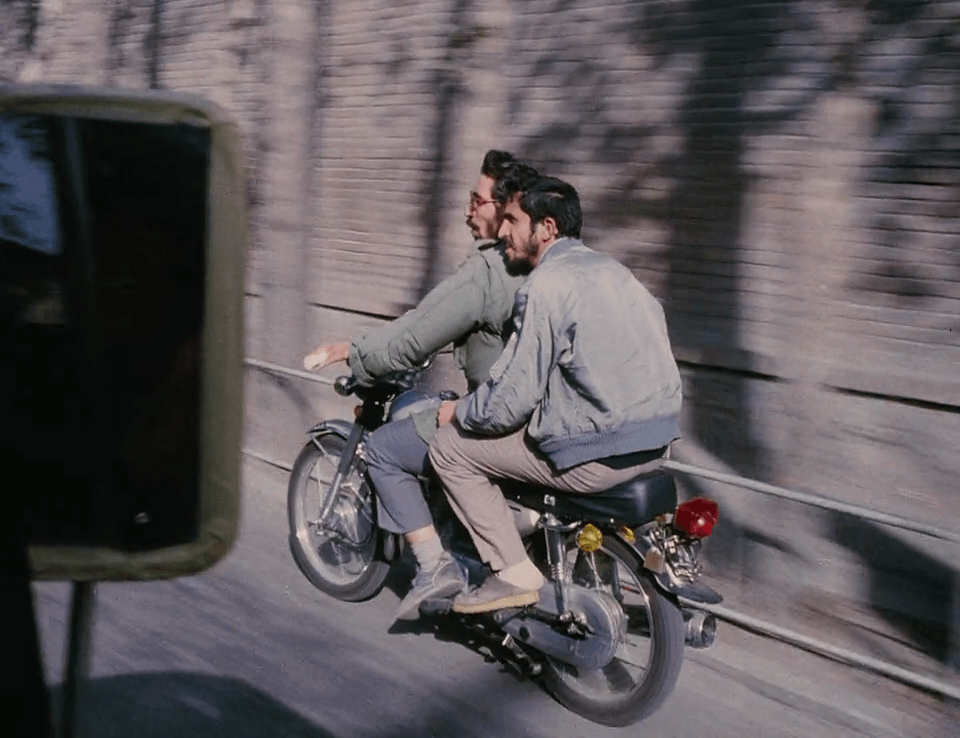 To make the trial more interesting and meaningful, Mr. Kiarostami indulged Sabzian with his own questions in the middle of the trial and in the process blurred the very line that differentiates reality and fiction, he asked questions which any artist would love to answer. He asks Sabzian “Are you an actor or a director?” and “Why did you choose to pretend to be an actor when you think you are more an actor?” to which he gets an answer from Sabzian that “pretending to be a director is a performance in itself” and those question and answers is what makes Close-Up, one of the most important films about Art and Cinema and one’s obsession for it.  When Sabzian meets the real Makhmalbaf, it is one of the most heartfelt scenes in the movie and anybody will break out seeing how compassionately Makhmalbaf received Sabzian and the fact that he impersonated him. The film is about a man who is so obsessed with art and cinema that at the end of it, he actually becomes one.