The Northman (2022) Movie Ending, Explained: A Viking epic directed by Robert Eggers revolving around the legend of Amleth, featuring all-consuming violence, paganism, bloody intestines, and Nicole Kidman as an unhinged Queen? The Northman has everything going for it; sure enough, it delivers an epic tale of Viking legends with feverish force. Stunningly lensed and directed, The Northman is one of the very best films of the year. What works largely in its favor is its specificity to the mythology and supernatural elements, where Eggers is able to marry his vision with a vast tapestry of unforgettable images and characters.

But then this is Eggers we are talking about, who has emerged as one of the modern masters of horror in just a few years. With The Witch and The Lighthouse, Eggers has shown that he is unafraid of taking risks. If you are entering The Northman with the same expectation as The Witch and The Lighthouse, there are chances that you’ll be disappointed. Not because The Northman falls lower in terms of effect but mainly because it is vastly different from his last two features. Eggers does not explore horror here in the broad sense of the term but rather focuses on an expansive canvas with a heavy dose of unsettling traditions and rituals.

In all its bravado and extravagance, The Northman is also very focused and his least ambiguous. It is ultimately a tale of the consequences of rage and the forces of destiny. If you have seen the film, you know Eggers leaves no punches aside to deliver that stunning, bloodied climax. Let us take a deeper look into the hidden meaning of that final act. Major spoilers ahead, so unless you have seen the film, do not read more. 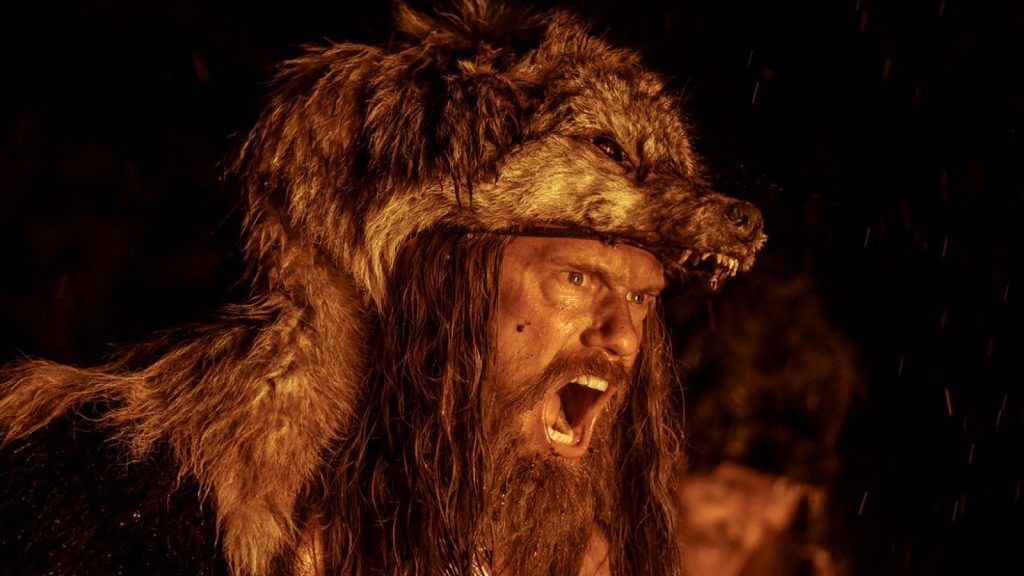 “I Will Avenge You, Father. I Will Save You, Mother. I Will Kill You, Fjölnir.” – is the mantra that guides Amleth, the wayward Viking prince at the center of Robert Eggers’ third feature. Played tirelessly by Alexander Skarsgård, Amleth’s only mission in life is to seek revenge on his uncle Fjölnir (Claes Bang), who killed his father, King Aurvandill (Ethan Hawke). A younger Amleth witnesses that cold-blooded murder and flees the scene, promising to return and avenge his father. Amleth’s mother, Queen Gudrún (a terrific Nicole Kidman), is snatched from her shed and taken by Fjölnir in his kingdom.

The plot moves forward for a few years when a grown-up Amleth seeks ways to return to the cursed land, kill his uncle, and save his mother. He is a man living in full-bodied desperation and anger. He sneaks into a boat that is carrying enslaved people to be taken into the cursed kingdom. There he meets the beautiful Olga (Anya Taylor-joy), a woman whose beauty and intellect guide him to find unlikely ways into the den of the land. Steadily he gains the attention of the kinsmen and gets a higher rank in the order of enslaved people.

When he finally meets his mother, Queen Gudrún, alone and reveals his identity and mission to save her, she says that she doesn’t want to be saved. It was her plan that killed Amleth’s father in the first place, and she wanted to kill him too. This scene is the turning point of The Northman that reveals how Amleth’s projection of rage is ultimately misplaced. Amleth is shaken by the turn of things and rests in the arms of Olga. He has the choice to return back to safety and grace as Olga bears his children. But he cannot escape his fate and must return to seek revenge. This gives way to that bloodied final act.

Does Amleth avenge his father?

The final act of The Northman ultimately ends with Amleth beheading Fjölnir but at the cost of being fatally stabbed by him. Although the expected and straightforward denouement to The Northman is more than earned, it hides underlying layers of meaning and significance. A dying Amleth has a vision of Olga in the thread of several other visions he keeps having of the family tree, but this time around, Olga has his children with her. This appearance is rewarding enough for Amleth in his last moments, as he can finally enter the chambers of Hel.

How does Queen Gudrún’s perspective provide a different truth?

From the broader perspective of things, it is important to remember that we only see things through the eyes of Amleth. His anger and hunger for revenge are all-encompassing in their animalistic hatred. His destiny is sealed, and he finds his life’s only purpose. It is until Queen Gudrún’s revelation in the third act of The Northman that shifts the perspective from Amleth to someone else’s, and we realize how we, the viewers, have been living under the projection of Amleth all this time. The truth was far away from his grasp. His mother tells him that his father, King Aurvandill was no saint, and he only kept her as a burden because she bore him a son. There was no love when he was alive and no remorse now that he is no more.

In reality, King Aurvandill was a terrible King who only cared for his interests alone. The revelation doesn’t take away Amleth’s reason against Fjölnir, but it begs the question of whether Amleth’s vengeance was of any retribution. There is a beautiful scene when Amleth realizes what beauty, love, and safety feel like, only when he is with Olga, away from the bitterness of hatred he has been growing all his life. The Northman is a nuanced examination of the consequences of hatred and evil. Evil begets evil. There is no escape once our vision is blurred with anger and hatred. Ultimately Amleth doesn’t live to see the fruits of his actions, as his mission takes him to the doors of death. He deserves the peace and happiness of family, but he makes his peace with death, knowing his bloodline will survive.

Where to watch The Northman

The African Desperate [2022] Review: A mostly funny satire that delivers occasionally but ultimately fails to leave a mark