French director Alexandre Aja returns to native-language filmmaking after more than two decades. His breakout genre hit ‘High Tension‘ landed him half a dozen Hollywood remakes and big-budget outings before he decided to make ‘Oxygen‘ (Oxygène) – a single-location thriller with the ever-so-dependable Mélanie Laurent.

‘Oxygen’ works in the same realm as Rodrigo Cortés’ ‘Buried.’ Wherein, it almost plays out inside a cryogenic pod with only phone calls and a really advanced AI named M.I.L.O (voiced by Mathieu Amalric) having some sense of answerability. Omicron-267 (Mélanie Laurent) suddenly wakes up in this chamber with no idea of who she is and how she ended up being trapped inside.

Related to Oxygen – Breathe [2015]: A Devastating Inspection of Emotional Turmoil!

She doesn’t have too long to figure things out. Her oxygen level keeps dropping as he anxieties get the better of her. I mean, there can’t be anything scarier than being isolated from the world with no idea of one’s own identity. Aja makes sure that Omicron-267 uses every possible clue and the AI’s intelligence to first – get herself an identity and second – figure out how she got there in the first place. 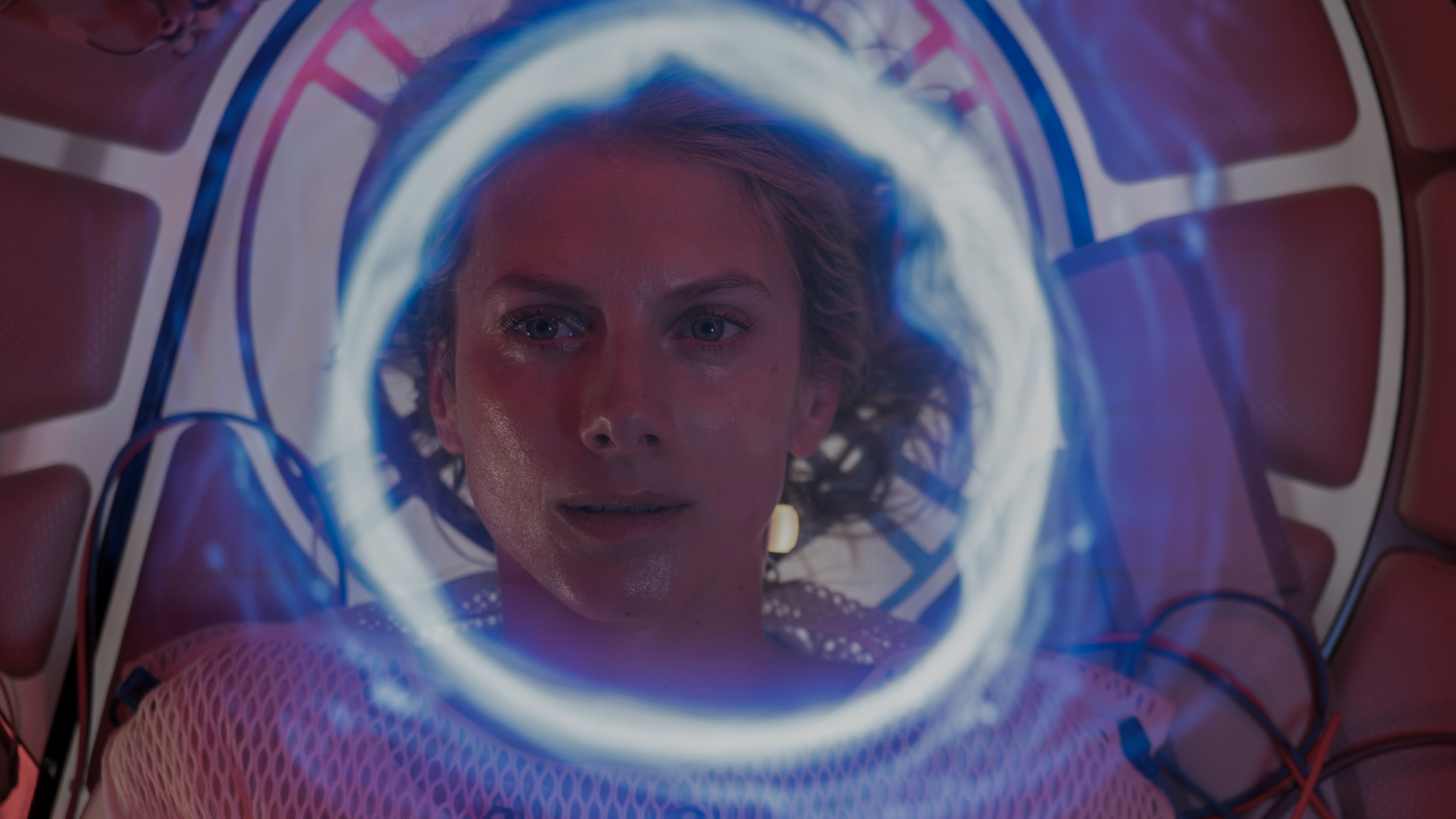 However, the real thrill comes from a very basic human trait. The body’s earnest need to survive. Aja uses this trait to amp up the tension of this single-location thriller that constantly surprises the viewer. The high-concept idea of the film might sound silly after you have spent over 90 minutes with the protagonist, but the director makes sure that he makes the proceedings feel plausible and entertaining.

What also works for the film is how it uses the trigger of memories to help the protagonist get some answers. It almost feels like an allegory for the isolation all of us are feeling in these socially distanced times. As the second wave of novel coronavirus ravages India, there’s no way I can talk about the film without making it about the terrible times we are living in. As the country gasps for Oxygen, the mutated virus has deepened our inability to tackle the pandemic. Isolation and anxiety of being left alone have cluttered into even those lives that are unaffected.

Also, Read – The Wind [2019] Review: A Menacing Portrait of Isolation

So, in a way, we can look at Aja’s film as a survival thriller. While it is set in a cryogenic chamber it might as well be set on a hospital bed and make exactly the same sense. Thus, Aja’s choice of making the survival via a carefully chosen time in one’s life – a memory or a loving gesture helps the protagonist fight against the race against oxygen shortage. 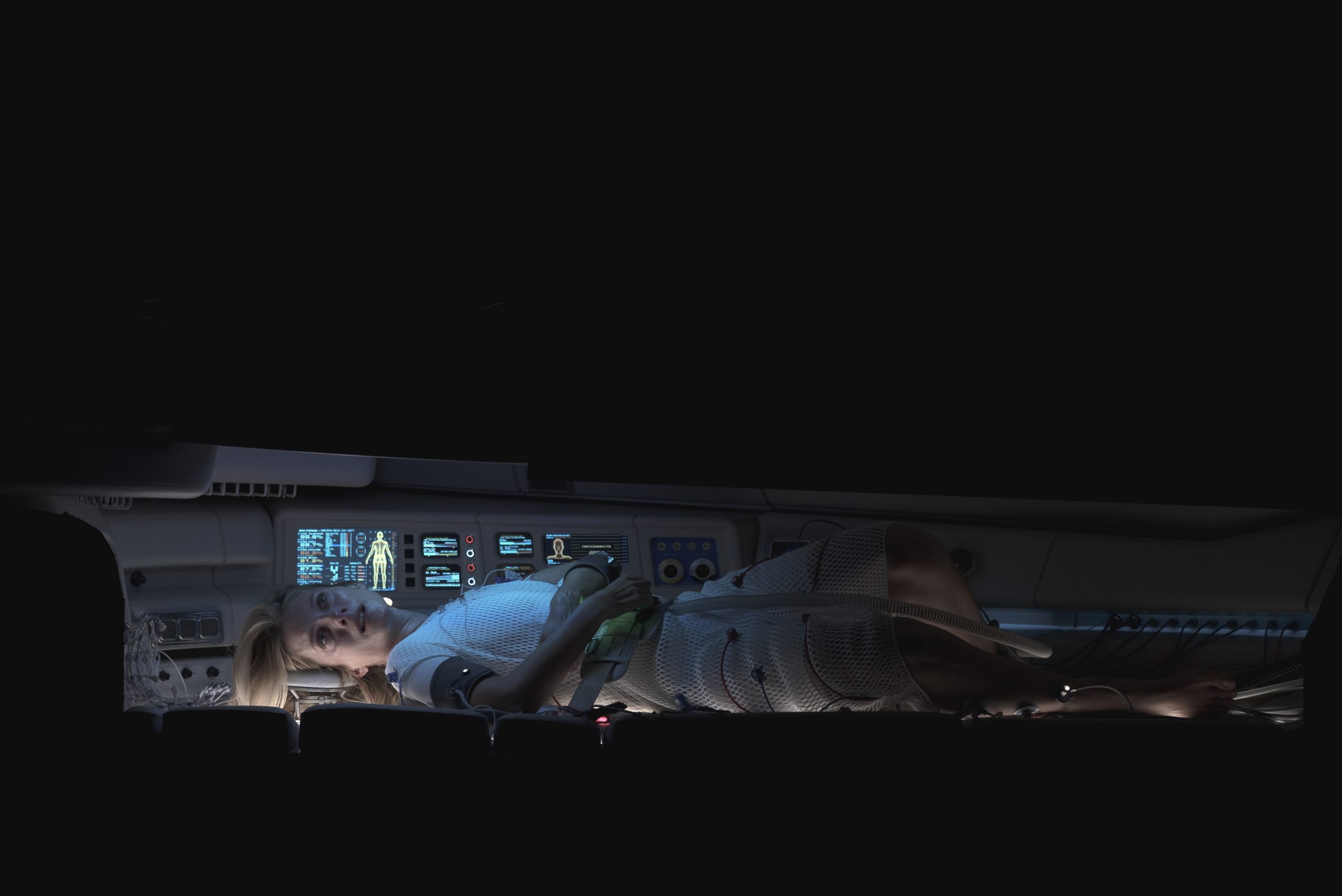 While the director uses some witless tools to make that comment, it is the attempt that counts. Props go out to Mélanie Laurent performance too. Her inability to be on the screen for the entire runtime and show courage and vulnerability as the camera skims her headspace is commendable. A shoutout also goes out to Robin Coudert’s score that doesn’t overwhelm the real-time tension with a score that charges emotional response. Maxime Alexandre’s cinematography is tight as he covers up Mélanie Laurent’s occasional lapse in judgment with a potent and claustrophobic representation of being trapped.

One can’t talk too much about ‘Oxygen‘ without delving into spoiler territory but let’s just say that Aja – whose previous directorial credit included a film about a woman’s survival in a basement full of alligators, manages to make this one more emotionally inviting. The accidental timely way in which the film works (the script by Christie LeBlanc was completed in 2016) only goes to show how cinema replicates life, and vice-versa.

Oxygen is now streaming on Netflix