A regretful hound that slashes the wrists of all the B-horror film cliches and smarts out all of them with occasional speed bumps. It’s fascinating to see how Southbound takes up everything from home invasion to shady town fascism, wraps them in a cloak of blood-soaked and partly terrifying tales of guilt with such finesse. The chapters in this anthology film unfold one after the other, as you hear them following the light in the darkness. There are instances where the black humor intermixes magnificently with the gore that is to follow and you just sit there enjoying this tale that doesn’t overindulge itself into explaining every single bit that comes out of its mouth.

Southbound brings the incredible talent of intermixing 5 stories into one with an anti-climax that leaves you in the same state as most of the film’s characters. It’s the type of horror film that makes you wish that you never find or see the regrets running after you. Yes! Even when your car works on all cylinders. It’s that rare kind of film that leaves you hanging around the characters who know that going round in circles isn’t going to help because the highway will bring you back and the devil will chase you down, no matter what. 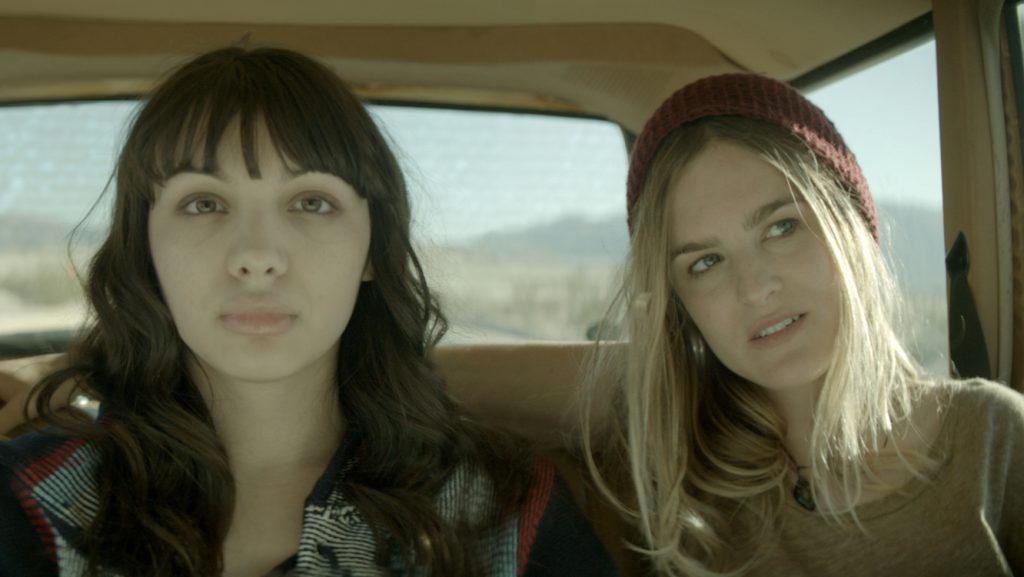 Anthology films are often plagued by incompatible shifts as it moves from one story to another. Five loosely connected horror tales that make up the anthology “Southbound” (2015) aren’t devoid of those slight tonal inconsistencies, but there is a well-crafted stylistic consistency and confident execution that makes this ‘journey of lost souls’ a bloody surprise. All the stories are twisted morality plays, where guilty conscience and irreversible decisions lead to blood-spattered events. The film opens with a standout segment, where two traumatized blood-covered men flee from ominous, Grim Reaper-type beings. As these CGI spectral creatures raise out of the desert landscape, we get a part vague, part chilling feeling and that’s the kind of feeling diffused in the succeeding segments.

Similar to Southbound (2015): Wild Tales (2014): A Lunatic Anthology on Revenge and Resurrection

The tales are more than straight-up horror and so there are some wildly inventive and ambiguous moments. The segment that gets the highest mark must be David Bruckner’s “Accident”. It is a bit of body horror which is memorable for its fired-up originality and farcical approach. An unsuspecting middle-aged driver mows down a young woman on a desert highway and rushes the woman to the hospital, under the instructions of a 911 operator. Alas, the operator is less helpful and sadistically mischievous. Bedraggled settlements, few humans, weird human-like creatures, spotty mobile coverage, and a clear-sighted DJ – yeah this is the middle of nowhere, where all the screams are bounded.

There is an infinite road, where all mice and men are running from an enemy called past. Everyone has a rough night, but for some, it never ends, and they are condemned to drive the ghost-truck of remorse for eternity while chased by demons of their sins. Beyond the road, into the space of nothingness, there is a desert of desperation, where misdeeds are done and done again, where one falls into the abyss helping other climbing out of it.

Beyond the road, there is a horror that cannot be described in words but in screams or perhaps in the cacophonic voice of the narrator. Every night is the judgment night on this road to redemption. Every night, fate plays practical jokes on lost souls, whose broken hearts throbs for only one errant wish- to reach home. But cruel fate laughs on them with a wicked smile that stretches across the highway. You’re about to enter the highway of horror. Next toll plaza- ‘Southbound’.

Films are not just about plots or genres or characters or directors or locations. It is first and foremost about the emotions it invokes on the audience, that’s the way they connect. The intensity of these emotions defines how much the audience connects! In that way, Southbound horrifies you to the core. Even though, the environment and treatment of the movie can lead you to believe it’s a slasher. It has elements of slasher and it has elements that if you’ve seen Twilight Zone you can very well relate to. But its heart and soul make it a deeply disturbing horror movie.

Southbound is an anthology of five stories that are connected through the theme of death both literal and metaphorical. Southbound begins with a visual of the highway (a metaphor for life) with dialogue- “Regret and remorse, Amend and atonement. That’s life right?” As the movie progresses we are met with characters that are filled with either one or all of these emotions, except for one. This character comes in the fourth story of the anthology, probably portraying ‘the dead from the inside person’. To put it simply, Southbound is a journey to the lost highway with only one escape. 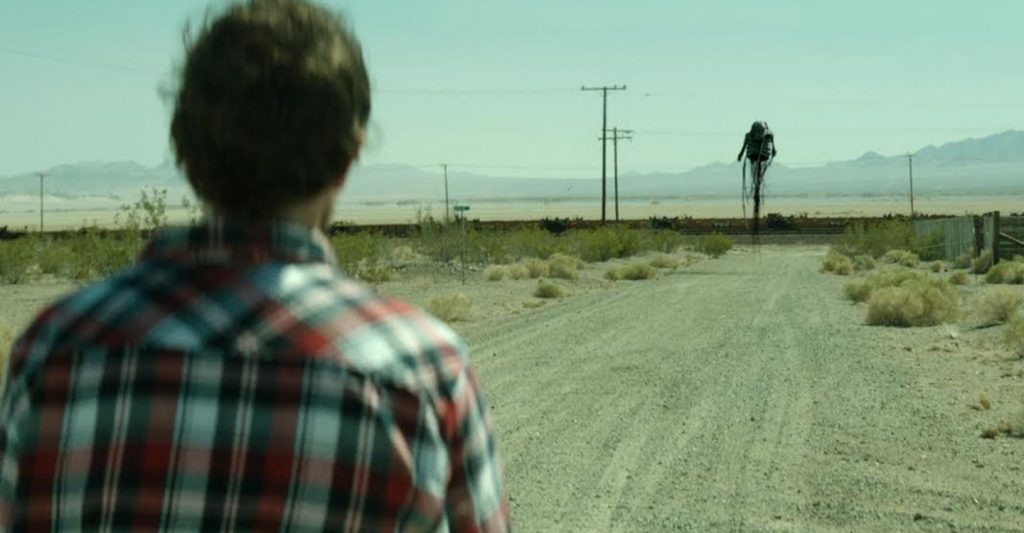 Southbound is a wildly unsettling anthology horror film whose incomplete stories create their own kind of tension & horror, letting our imagination work for the possibility of what might have happened. It is unnerving and creepy to even think about it. Not trying to find the solid connecting tissue, five anthology stories find humans in the worst of their time, filled with ominous intuition, guilt, sin, secrecy, paranoia.

Avoiding the cheap shocks and usual horror elements, the film brings a little creativity to each story that makes it unpredictable & discomforting for the most part.  But few of the stories don’t live up to the mark it tries to attain. Having said that, none of the stories are stinkers. They are engaging and entertaining and if not anything, definitely one time watch for their outrageous approach and execution.