“The only thing we have to fear is fear itself.”
– Franklin D. Roosevelt

Zootopia is the best buddy-cop comedy since  Richard Shepard’s The Matador. It also has the single greatest Corleone impression since, maybe, The Godfather itself. That being said, it has a plot that surrounds itself in a witty premise and yet it delivers the essential message loud and clear. It’s an animated feature that mocks simple social conventions and then tells you what is wrong with them. Giving away the perfect reply to every single one of them.

Move away cutesy films with dance numbers where the princess has to kiss the frog to make things right. Disney has finally made a film that doesn’t have to hide behind a white inflated toy. Here’s a film that, in spite of its very similar premise, reinvents ideas and takes imagination to la la land. Zootopia will be hated by that racist friend of yours who’s busy making internet memes because life hasn’t told him to believe in himself yet. The film take you to a journey of self-discovery, while accounting important grounds about race differences in a world where superiority and inferiority should just be words in a dictionary and nothing more.

If you are going into the film expecting it to be just another genre exercise where animals act and dress like humans, you need to buckle up to your seats because you’ll be flagged with 200 parking tickets before you even hit noon time. Zootopia has a very singular premise. One that has been done 100 times before. It centers a bunny Judy Hopps (Ginnifer Goodwin) who dreams of being a cop in spite of the constant rambling from her mom and dad. She believes in herself and works hard to get there. Being a girl from a distant town, going to Zootopia is like a dream come true for her. Though she soon realizes that people won’t give her the proper due just because she is supposedly a  ‘dumb bunny.’ Saddened and heartbroken she takes up the traffic duty when she encounters a con-fox (pun intended) named Nick (Jason Bateman), who is more realist than one should be. Initially she is repelled by his witty fanaticism and con practices but she if forced to join forces with him as Zootopia has a dark, brooding and savage secret growing in it’s underbelly.

It’s surprising to see that Zootopia, which is essentially a kids film manages to win your heart over with its smart blend of social commentary, crime-thriller, and buddy-cop mystery. Out of the many messages that are secretly clothed into this layered story, racism is one of them. The greatest achievement of Zootopia is presenting the subject matter in such a way that it never feels like being a hammer in a sloths hand. The fast paced screenplay only enhances its chances from being the mediocre Disney film to a great animated feature that will be loved by the ages. The film acts like a lesson for the people out there who are unknowingly being what they actually loathe. It’s an inspiration for the little ones who are too scared to be the dumb bunny or the sly fox or the likes of it. It just tells you that no one needs to be anyone else but themselves. It tells you that life’s not easy but it’s not hard either. 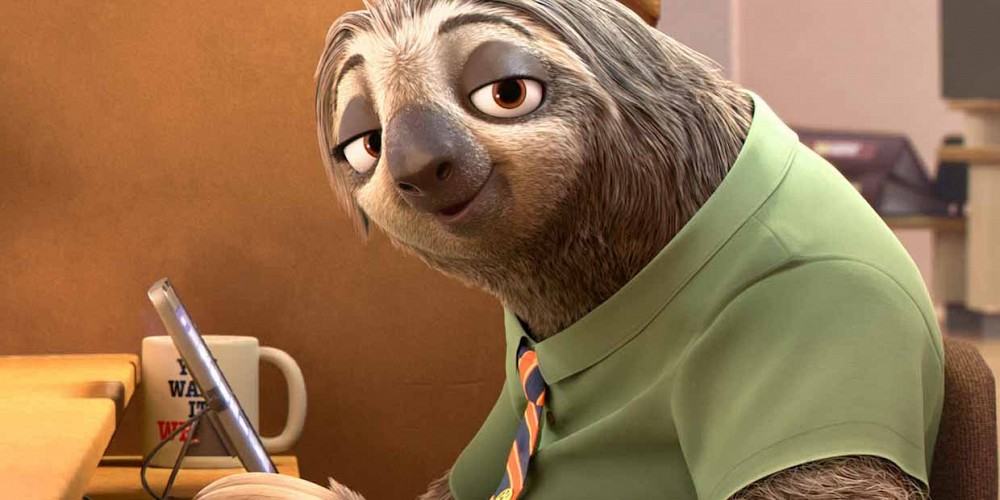 Even though the film is smart and incredibly funny some of the humor is just made for the kids which make it a bit disappointing for the adults occasionally. But then there are brilliantly written characters that simply make you laugh out loud. There’s a mouse who acts like Brando from The Godfather and there’s an equally funny guest appearance by the great Tommy Chong of Cheech and Chong fame. And the sloths, the sloths are the heart of the film.

Fresh, funny, witty, and smartly paced, Zootopia does the incredible feat of being a Disney movie that leaves you with a smile on your face, and a getaway that doesn’t hurt your eye-ducts but enlightens you with its charm.

Southbound (2015): The Ride of Atonement