The Lost Daughter (2021) by Maggie Gyllenhaal released in December 2021 marked the end of the year and how. Adapted from the namesake 2006 novel by Elena Ferrante, the film is a master directorial debut and rides on stunning acting prowess by Olivia Colman. While there have been several reviews already out and about the film (you can read ours here), this article is just going to analyze the impertinent theme of motherhood in the nonchalant psychological drama. Rest assured, this one is going to be brimming with spoilers, just so you know.

The Lost Daughter confronts one of the most endured cultural taboos; the selflessness of a mother and portrays it in the most realistic light possible. The film begins low and slow revolving around Leda Caruso (Olivia Colman) – a 48 years old English professor of Comparative Literature, who has just landed on a Greek island for a summer vacation. But before she can even sink her feet in the clear waters of the sea, her vacation is interrupted by the arrival of a boisterous and rowdy Italian American family from Queens. While Olivia finds this visit slightly vexatious, her attention is immediately captured by the svelte and beautiful Nina (Dakota Johnson) and her infant daughter Elena.

From here on, the film branches out into two storylines that run parallel to each other. Drip by drip, you can feel the tempest build in the background of very calm familial relations. Leda’s focus is pulled back in time repeatedly as she observes the young mother Nina take care of her daughter. And through a series of flashbacks, we realize that maybe Leda has not been a good mother. And slowly and gradually, Gyllenhaal plants the pretext of Leda’s motherhood, which can be best described as ‘unnatural’, even selfish and uncaring, if I am being brutally honest. Early on in the film, the filmmaker (or dare I say the novelist) acquaints the audience with the theme of motherhood when Leda in a conversation with Callie says, ”Children are a crushing responsibility”. The statement is not only reflective and relevant to the situation (as Callie is heavily pregnant) but also suggests strong undertones of a buried past and menacing revelations. The next few events unfold in ominous ways, with Nina’s daughter going missing and Leda getting flashbacks from the past when her young daughter Bianca had gone missing on a beach in a similar fashion, several years ago. With sinister subtexts, Gyllenhaal sets the stage for what is to follow- the interior complexities and expressions of Leda who probably has not stuck to her job of being a ‘good mother’ in traditionally dexterous ways of the world.

Slowly but surely, we are given more evidence on Leda’s ‘inefficient’ motherhood- what she does, how she behaves, and why she does it. We see Leda in her prime years, the mother of two daughters, Bianca and Martha, who is majorly responsible for them in lieu of her mostly missing husband. While she is juggling between several motherly responsibilities, she also has a growing career with a lot of potential success that is being compromised upon. Several instances in young Leda’s story portray her frustrations which assert her uncaring and selfish attitude towards her daughters.

In one strikingly particular incident, we see young Bianca asking Leda to kiss her cut finger so the hurt goes away, but Leda is not moved at all and eventually walks out of the scene without kissing Bianca. She bandaids it, she dresses it up but she doesn’t kiss it. In other words, she fulfills her duties as a mother but she is clearly vexed and apathetic to Bianca’s being. Other times, we also see Leda unnervingly shaking up Bianca when she is being insolent. Her inconsiderate behavior (at present as well) is further confirmed when she steals Lena’s doll and wouldn’t return it regardless of the innumerable distraught cries of pain from the kid. 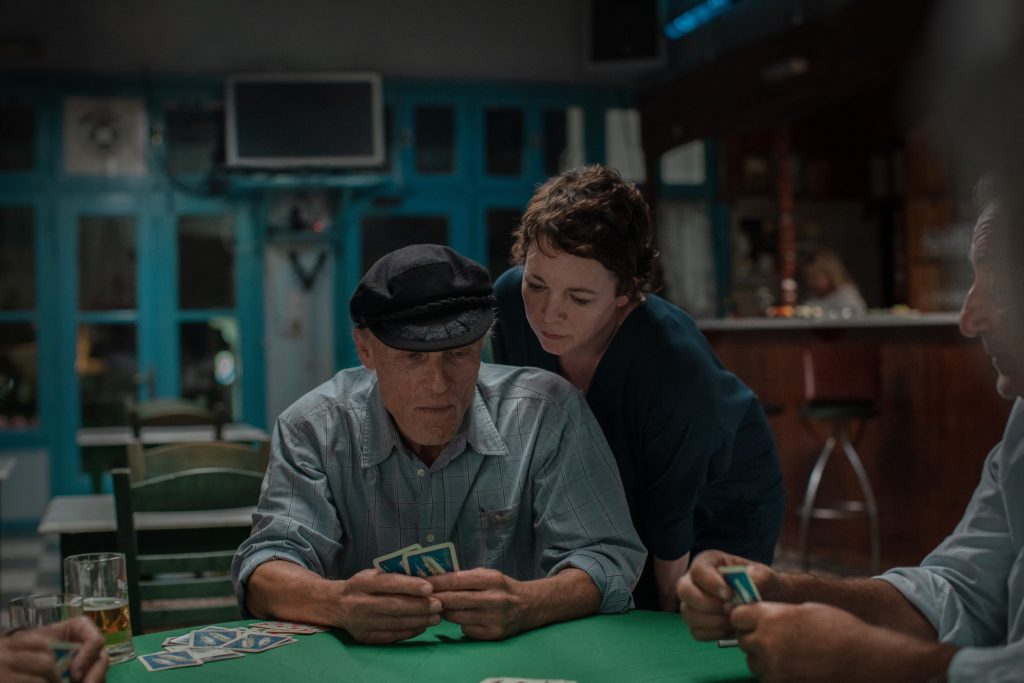 While instances like these may seed the idea of an egocentric and self-absorbed mother in the minds of the viewers, Gyllenhaal simultaneously warrants Leda’s behavior by showcasing her frustrations stemming from her, being caught in a web of weighty motherly responsibilities, who is not allowed to soar as high as she wants to. Leda’s doubts are finally addressed when she meets a fellow female on a family hiking trip who confirms that one should never leave their ambitions hanging. This is when she decided to break free and live her life on her own terms. While this decision was ostensibly touted as imprudent, it was also met with denial, pleading, and finally shaming Leda for leaving her daughters behind, by her husband Joe.

All done and dusted, The Lost Daughter (2021) has a fiercely hovering theme of motherhood that is showcased in a plethora of gradients- Leda’s relationship with her daughters, Nina’s relationship with Elena, Elena’s relationship with her doll, and even Leda’s relationship with Elena’s doll- the profuse weight of which is borne by Olivia Colman (in the skin of Leda Caruso). Despite Leda’s life, her cryptic decisions, and aggressive mistakes (cheating on her partner), she is hard to hate simply because of her ferocious refusal to negate herself. The filmmaker captures the interior expressiveness of a woman under siege in the form of Leda and refuses to allow you to condemn her despite her abstruse behavior. Most importantly, it is not a portrait of regret, or lost daughters reuniting with their mother, or even that of anti-mother character.

‘The Lost Daughter’ is momentous on so many tangents, as it addresses multitudinal issues faced by mothers as they are forever invariably pushed to optimize each facet of their lives as mothers, (especially in the Indian sub-contexts where mothers are expected to sacrifice their being and identity to raise children). This film translates that pivotal message without the use of graphical traumas; further, it debunks the myth that motherhood comes to women naturally and that it is a valuable boon that needs to be treasured. Well, not so much, as we all know, as ‘The Lost Daughter’ rightly posits. Sometimes it is just caged mothers in drawstring bags whose noose is slowly being pulled tighter.

The Lost Daughter (2021) is currently streaming on Netflix.

The Dog Who Wouldn't Be Quiet [2021] 'MUBI' Review: A tonally Diverse Narrative attempting to Normalize the Absurd