It’s always fascinating to know the reasons why actors decide to go behind the camera for the first time. After all, the subject must have hit a very personal part of their being so as to take up the extraneous effort of mounting an entire story to the screen in a language that is mostly foreign to them. So, when Maggie Gyllenhall was asked why she decided to make The Lost Daughter (now streaming on Netflix), her answer assured me more than anything else.

She said that when she first read Elena Ferrante’s book that goes by the same name, her first line of thought was “Oh my god! This woman is so fucked up and I totally related to her. So am I so fucked up?” As funny as that sounds, the reason feels palpable. I mean, I have always wanted to see a mother on screen that doesn’t follow the pre-set norms of what we would like to call the ‘good mother’ or the ‘ideal mother.’

This is where Gyllenhall’s breathtaking debut excels. The Lost Daughter is a brilliantly written character study of a woman in her 50’s, haunted by the years that defined her as a woman, a mother, and a person. It is a story of a person that we so often want to see being portrayed on the screen, but quite rarely do.

In the following list, I explore films that serve as a great double feature with Netflix’s The Lost Daughter. While they may be quite different in terms of storytelling and tone, something about them just reminds me of what Gyllenhall has achieved with her debut. 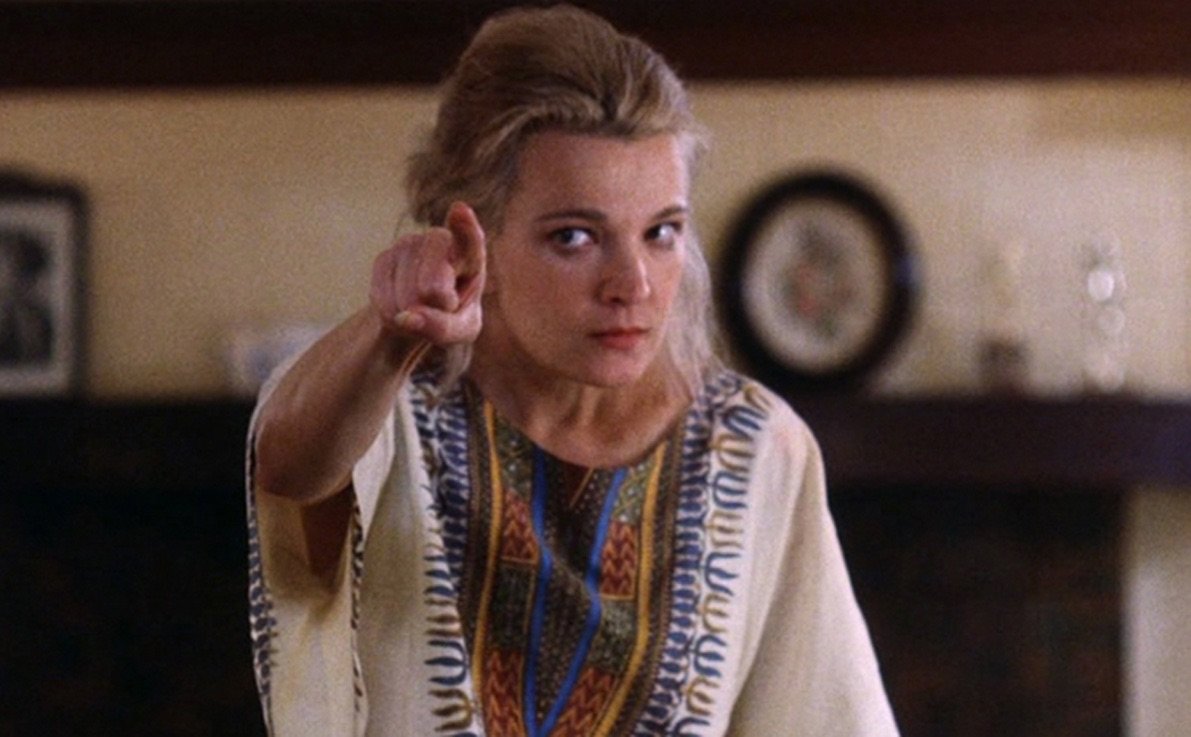 One of the most acclaimed movies from the American indie legend John Cassavetes, A Woman Under the Influence features one of the greatest central performances of all time. Featuring the exceptional Gena Rowlands as Mabel Longhetti, the film is about a lonely, unstable woman who finds it really difficult to attain a certain ‘sorted behavior’ in front of people.

In many ways, both The Lost Daughter and A Woman Under the Influence are about women who are deemed ‘not normal’ in the traditional sense. While the Cassavetes film deems her a person swelling with so much madness that she needs to be convicted to keep the family sane, The Lost Daughter finds Leda (played by Olivia Colman), leaving her children and husband when she feels too suffocated to ‘be herself.’

Watch A Woman Under the Influence on Criterion Channel 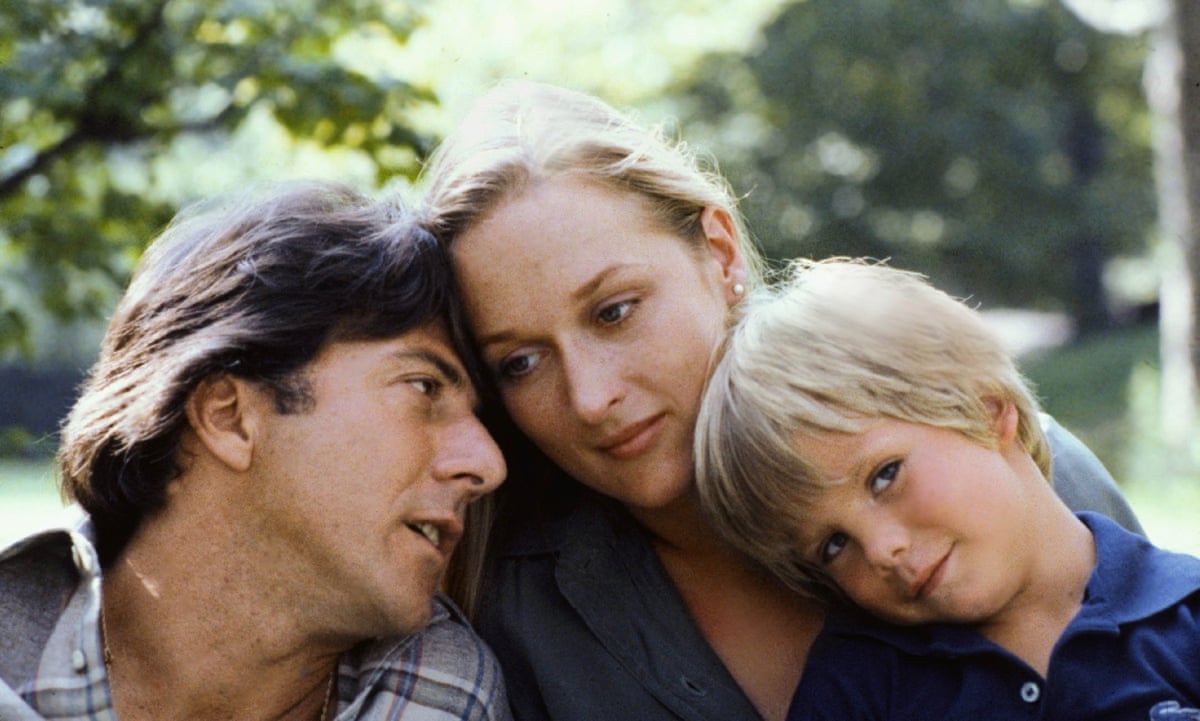 While essentially, Kramer vs. Kramer is Robert Benton’s look into the life of the Kramer family, particularly on Ted Kramer, it is a film that deals with a lot of similar themes as Gyllenhall’s The Lost Daughter. Firstly, it also features a woman (played by Meryl Streep) who walks out on a family that includes a young son.

Secondly, it touches on things like gender roles in modern society, parental anxiety, and the close line that people often differ between men’s rights and women’s rights. And while Kramer vs. Kramer is more of a legal drama than a narrative that deals with the couple, it still serves as a good double bill with The Lost Daughter.

Watch Kramer vs. Kramer on Netflix 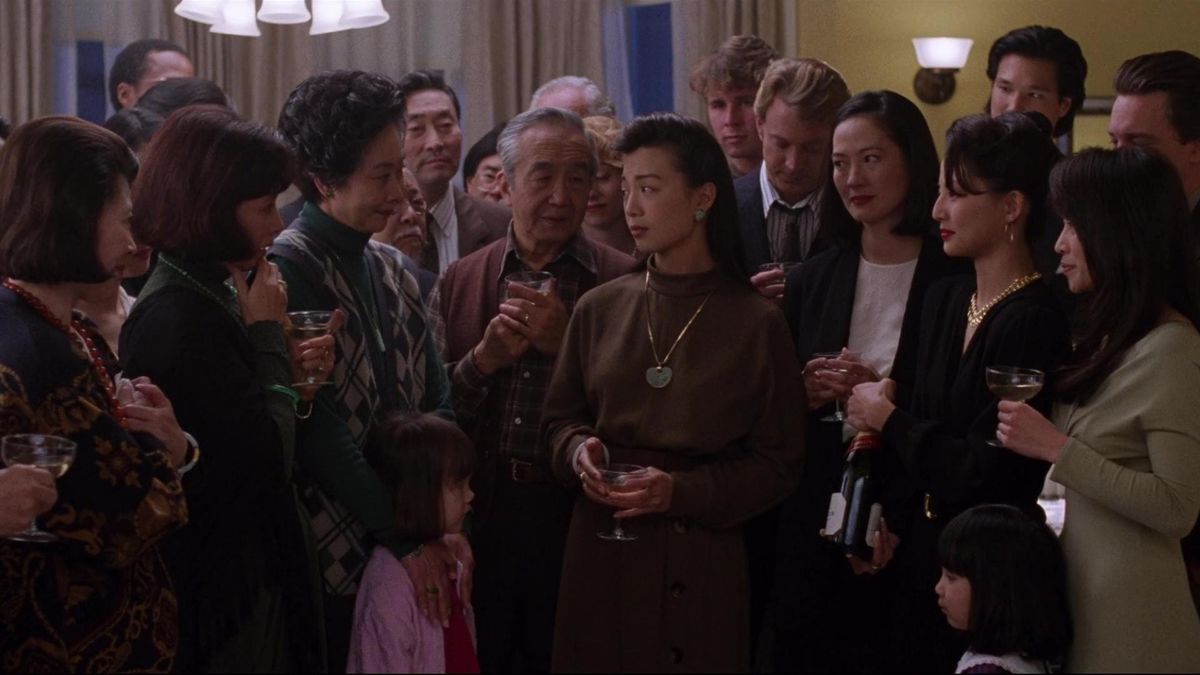 The Joy Luck Club was added to the Library of Congress for being “culturally, historically, or aesthetically significant” in 2020. While this came at least a decade too late, the fact that the film was so significant (albeit for a short period of time) for having an all-Asian cast in an American film, simply can’t be forgotten.

Again, comparisons to The Lost Daughter may not be adequate as The Joy Luck Club is about a group of four women who immigrated to America and had a completely different life, the whole idea of them sitting across and reminiscing about their past makes it eerily similar. The film also focused on the anxieties and struggles the daughters had to go through. Mostly making it about the everlasting bonds that mothers and daughters share with each other. 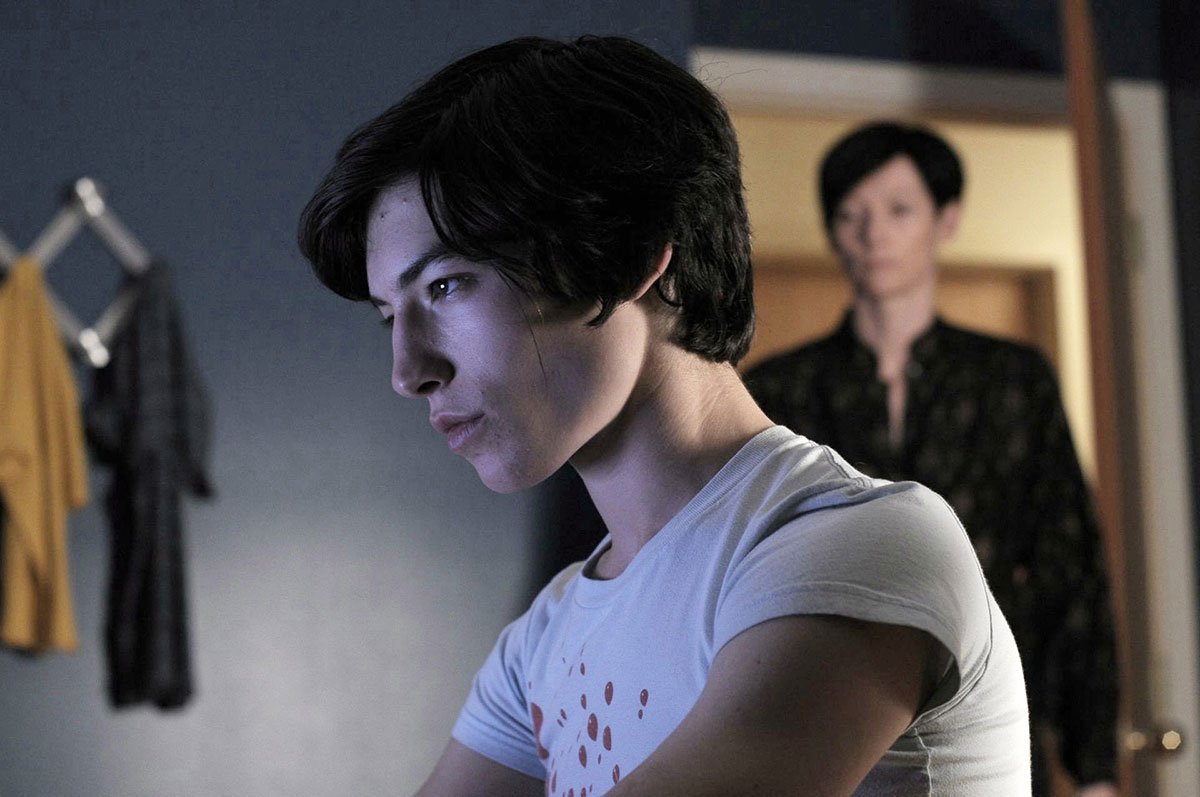 As far as volatile parent-children relationships are concerned, nothing prepares you for the wrath of We Need to Talk About Kevin. Lynne Ramsay’s adaption of Lionel Shriver’s novel of the same name was about Evan Khatchadourain (Tilda Swinton). It essays her life and that of his difficult and detached son Kevin (Ezra Miller).

While thematically, We Need to Talk About Kevin is much darker and more violent, the central theme of difficult children and how they are too attached to the idea of their mother, is similar to The Lost Daughter. Kevin is a more manipulative and disturbed individual than Leeda’s daughters and while Leeda doesn’t go ahead and throw them against the walls, her idea to abandon them rings truer to her overall feeling about them.

Watch We Need to Talk About Kevin on Hulu 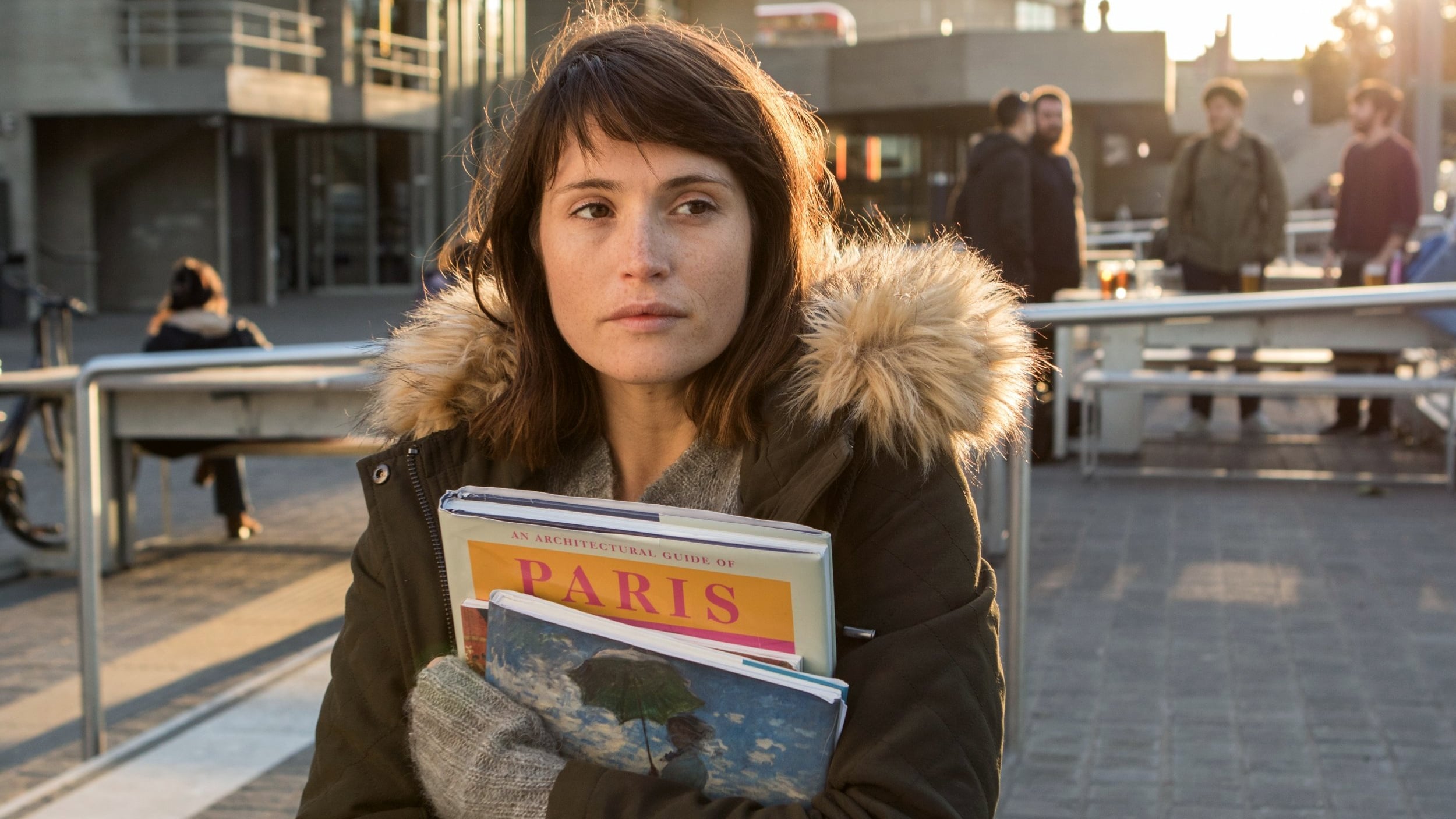 The only film on the list that comes closest to what The Lost Daughter is would be Dominic Savage’s 2017 film The Escape. Essaying the role of Tara, Gemma Arterton stars as a housewife from suburban London raising two young children all on her own. Her husband is so self-absorbed and overworked that he fails to acknowledge the fact that his wife is slowly suffering from the burdens of motherhood. That is until she decides to walk out on them and go to Paris.

As far as fulfilling one’s own dream over that of a complete family is concerned, both The Escape and The Lost Daughter feel similar. And while The Escape puts our protagonist’s life in more jeopardy than initially anticipated, the overall outcome also makes it a perfect double bill with Gyllenhall’s debut.

Watch The Escape on DirectTV 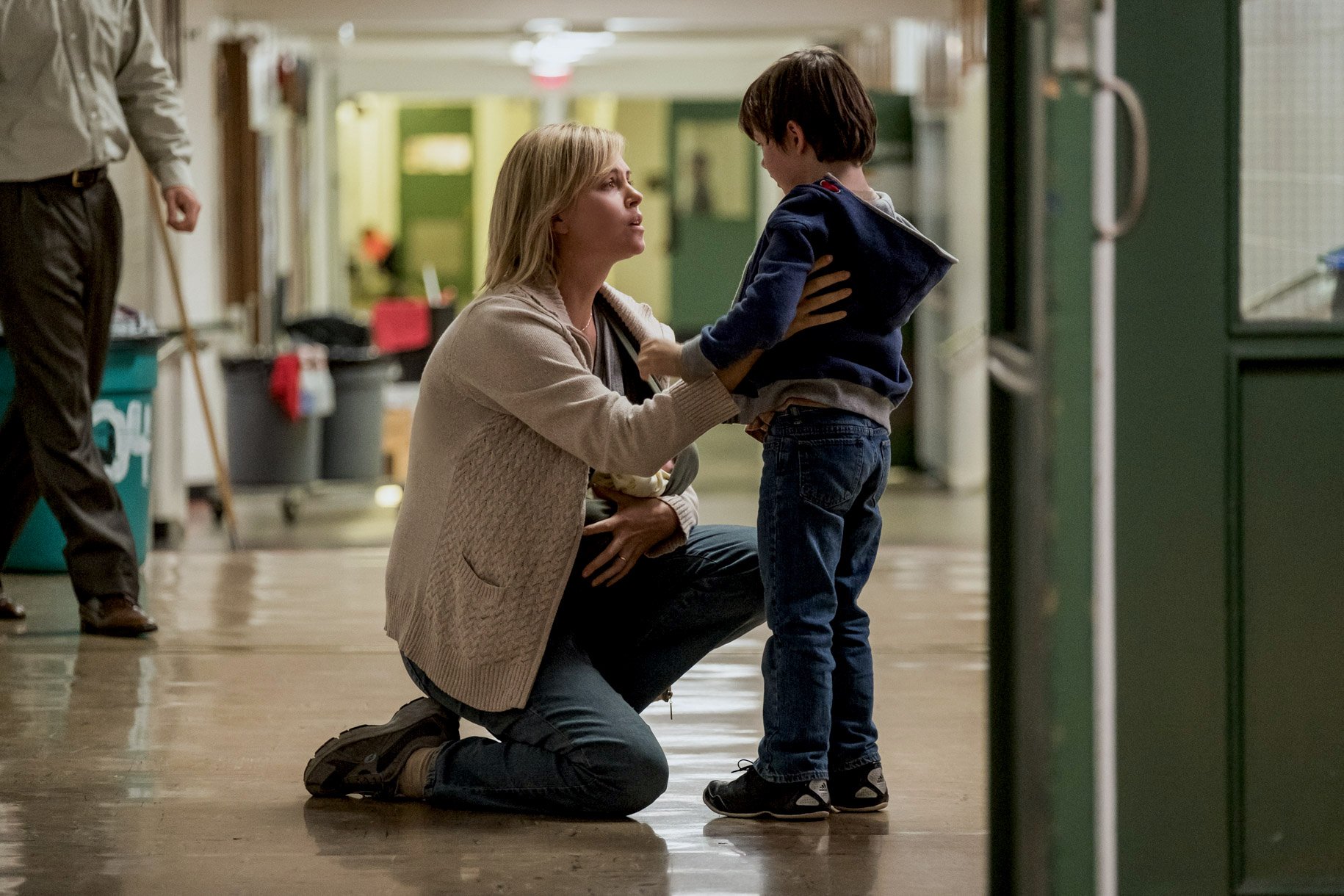 Jason Reitman’s Tully is another film about the adversities of motherhood that comes to mind when you are done watching The Lost Daughter. The black comedy follows the life of Marlo (played by Charlize Theron), a mother of two, with an unplanned third baby on the way.

Essaying the life of a mother, so dissociatively exhausted with her life playing a mother that she *spoiler alert* hallucinates and invents a nanny to help her through it. While not entirely a perfect fit for this list, the flaws in the film are ably overpowered by Theron and Mackenzie Davis’ excellent performance. For a film that talks about how hard it is to deal with children, Tully serves as a great double bill with The Lost Daughter.

Related to The Lost Daughter on Netflix – Tully Review [2018]: A Deeply Empathetic Ode to Motherhood

The Lost Daughter is now streaming on Netflix. Stream it Here