Home»Reviews»Films This Week»American Night [2021] Review – A Confusing Cocktail of Art and Life, Lacking in Punch
Films This Week/Reviews/VOD

American Night [2021] Review – A Confusing Cocktail of Art and Life, Lacking in Punch

Perhaps the best way to describe American Night – a neo-noir film directed by Alessio Jim Della Vella, also known for his Inside the Stones (2012) and The Lamb Lies Down on Broadway (2010) – that promises to bring out the scintillating chaos of art and life, is the painting that artist-but-forced-to-be-gangster Michael Rubino (played by Emile Hirsch) is seen creating in one of the very first scenes of the movie. On a white canvas, he splashes some red paint and shoots at it from a close distance. This apparently ‘new’ style of painting, ‘beyond what anyone has done in the past’ as Sarah (played by Paz Vega) puts it, is a metaphorical commentary on the deaths sprinkled like salt throughout the film, and forebodies the climax. However, this abstract art also becomes the perfect representation of the many abstractions in the film – characters, events, and locales – which ultimately fuse into one confusing cocktail of violence, art, and love, reminding the audience of Quentin Tarantino’s iconic film, Pulp Fiction (1994), but in a bad way.

The first scene of the film pushes us straight into the black market trade of a priceless art piece. However, what sets out like a thrilling trail, soon becomes a cat-and-mouse chase across the streets of New York – from the JFK Airport to a late-night diner in the city. Bullets are pelted, people are dead, the mouse is caught by the cat – but these successive events barely generate the nail-biting tension or palpitating euphoria of watching a thriller. Instead, an absurd sleeping tendency in the mouse and a sloppy screenwriting dip these scenes into a kind of bathos, one that the film fails to drag itself out of through its longer-than 120 minutes runtime.

The film is laid out in three parts, but the separate worlds of art, black market trade, film acting, and mafia empires intermingle freely, further complicated by the subplot of a romantic relationship. Soon, it is a puddle of back-and-forth events that stop making sense and leave the audience waiting for all these questions to be put to rest, as the dead monarch of the Rubino empire. Unfortunately, it is neither a peaceful funeral for him or the audience. 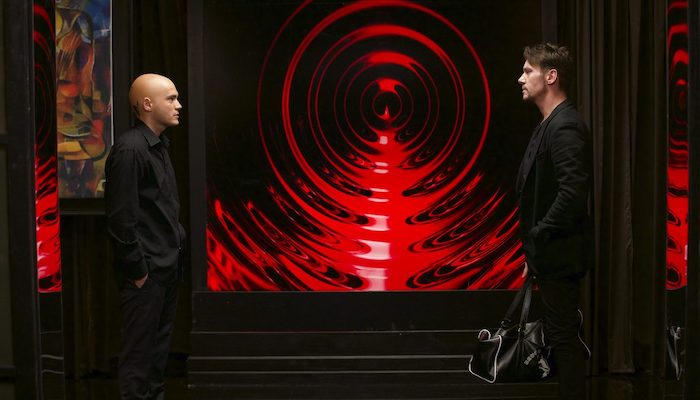 Women in this film are present because, it seems like, they should have a role to play in the hullabaloo that this plot calls ‘life’. They are perfectly slim, wear clothes straight out of the New York fashion shows, and speak in the most inexplicable accents. They are dealers in black market art, but too fragile to defend themselves against violence and are, therefore, most comfortable dying at the hands of men.

The only action sequence where a woman, Sarah, actively participates alongside the man, John Kaplan (played by Jonathan Rhys Meyers), present on the screen is a particularly long sex scene where both of them are playing with paint and each other’s bodies. The mother, carrying her baby, who screams as she flees from the vicinity of a man with a murderous intention doesn’t help the case of women in this film. In fact, stereotypes almost threaten to become racist when you realize that the only Asian character in the film, played by Mara Lane, is known as Asia.

In a particular scene, Jr. Rubino explains to Katie, played by Annabelle Belmondo, that the history of the Louvre Museum goes back to Napoleon Bonaparte’s tendency of robbing pieces of art from all over the world and storing them in a building to prove the worth of his empire. However, Katie immediately grounds him to reality by telling him that to prove himself as the head of the Rubino empire, he would need a lot more than art – he would need money. The dialogues are not only delivered sloppily, but the writing also contributes to pulling down the performance of the actors.

The aforementioned sex scene blends into the metaphor of the creation of art in the most primal sense, and its subsequent juxtaposition with violence, another kind of art but enforced upon its victims, is a powerful commentary on the duality of art in our everyday lives. However, Kaplan’s voice recollecting the grocery list for his willingness to live – one, his name; two, her eyes; three, her smile; four, the smell of toast in the morning – fail the poetics of the scene. 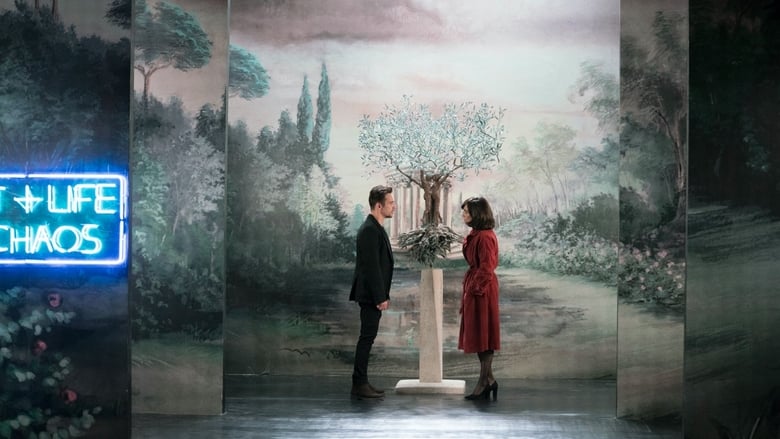 In a similarly artistic scene, when John and Sarah are standing face to face in one of the rooms of his art gallery, separated just enough by one of the artistic sculptures at the display, the eyes of the audience have only begun to rest upon them and soak in the moment of confrontation, when our repose is forcefully disturbed by a shattering window. The next time they meet, they can barely even distinguish each other, stranded as they are on opposite sides of the pavement because of a live-art performance on the New York streets. The role of art in this separation is not lost on the audience; in fact, despite being a subplot, it faithfully brings art and life in a harmonious whole in the film.

American pop culture references are forced to mish-mash with Bruce Lee’s famous “Be Water” speech – leaving American Night feeling absurdly comic on our taste palette. Throughout the rest of it, we are just left asking ourselves, like Shaky at the pub he visits during his mission in New York, “What is the difference between America and Night?”. The answer is a confusing cocktail – underbelly operations in the art world, patriarchal oppression upon a young, would-be gang lord, and the crumbling remains of a passionate love affair – not well-balanced enough to keep the audience sipping at it for too long, even if it were available on-the-house on a weekend at their favorite pub.

American Night [2021] Review – A Confusing Cocktail of Art and Life, Lacking in Punch