Home»Reviews»Film Festivals»The Unknown Country [2022] ‘SXSW’ Review: A Roadtrip across People and their Anecdotes in the Search of Meaning
Film Festivals/Reviews/SXSW

The Unknown Country [2022] ‘SXSW’ Review: A Roadtrip across People and their Anecdotes in the Search of Meaning

The identity of a country is manifested in the people it inhabits. People, who are mobile across the country’s dimensions, with their mobility being the source of stories. Stories that marvel at their interconnectedness due to their shared geographical identity. And finally, a country becoming an accrual of a diverse range of stories of people, communities, and generations. We might wonder why the filmmaker, Morrisa Maltz, calls it an unknown country when it has always had a boastful political identity. And then through the course of the journey, we realize the rationale behind her choice. Her gaze treats the USA as an undiscovered settlement. Interestingly, this becomes a passive criticism for the disparity in media coverage for different groups, people, and landscapes.

The Unknown Country is symphonic. Even when it accommodates people and their vocalized thoughts, it meditates more often to prioritize “being felt” than “being heard”. In an ethnofictional narrative where people play themselves, we find Lily Gladstone striving through the grief of losing her grandmother. In her process, she travels from the midwest to the Texas-Mexico border via roads. The journey introduces her to people and their history. Most importantly, The Unknown Country explores how people establish their identity and mould it according to their place of establishment.

People have a tendency to derive meaning from their location. Their place in the world, both geographical and temporal, becomes a primary contributor to the meaning they attach to their existence. They actively choose to function around the meaning and hence, that becomes their story of life. Lily’s story of life is a mystery but her experience of different other stories reflects her own capability to feel intensely, and organize her own sentiments from the learning she acquires in the course. 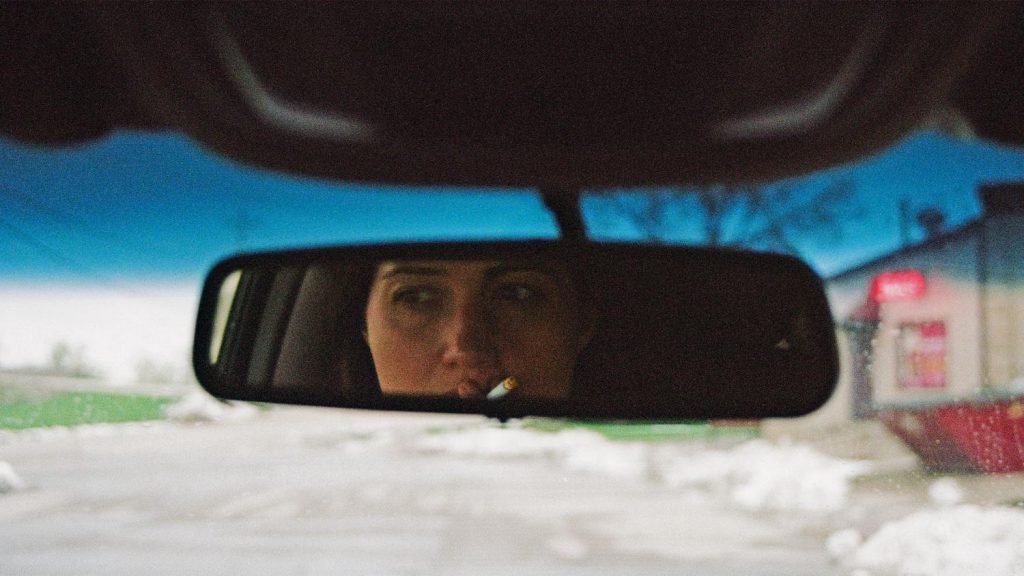 The Unknown Country shares its soul with another brilliant film to come out in 2020, Nomadland. A film about people, their tryst with grief, and their mobility in a world that constantly warrants a stable identity. In many ways, The Unknown Country appears to be a sister film to Nomadland. It is a film built for everyone who loves humans and loves listening to their highly individualistic and yet universally passionate stories.

Andrew Hajek’s camera captures the film like a mood. Its emphasis on human faces is rewarding while at the same time, it is equally focused on the landscapes to build a connection between humans and their place. With all the love I have for the film, I would like to mention a slight reservation against its sound design. The use of score is particularly intended to render an atmospheric appeal to the film that compromises its inherent humanity. Essentially, it only seldom ceases its flow to make room for human dialogues, and their vocal expressions. And when it does, it doesn’t allow elaboration. However, this is a completely subjective takeaway. It is a possibility that this element would work for a lot of people at the same time.

As we move in our occupying routine, a film like The Unknown Country becomes important to ease our senses while also being able to provide answers to critical questions that cloud our minds.

Additionally, The Unknown Country sketches the portrait of a rather unknown or underknown America with ordinary people happy in their ordinary lives, like the rest of us. Living through tragedy and working through pain, these people find beauty in the quiet. In this way, The Unknown Country becomes a journey for us as much as it is for Lily. And what can be better than a film that feels like a journey and not a chapter?

The Unknown Country was screened at the 2022 SXSW Film Festival

The Unknown Country [2022] ‘SXSW’ Review: A Roadtrip across People and their Anecdotes in the Search of Meaning