Home»Reviews»Focus (2015): Review- A Rom-Com with Sprinkles of crime
Reviews

Focus directed by Glenn Ficarra and John Requa is an English language film. It is an amalgamation of the crime and rom-com genres. The film has a light mood due to its rom-com elements such as the story of the man and the woman.

In the crime genre which focuses on the con artist, this production takes pride in keeping the audiences the dark. At times it could be annoying as the audience may switch off during what seems to be mundane events that are happening on screen. When it is played back to us to make us realise how stupid we were to not spot it we may get unnerved.

Some of us may even decide to follow the advice given to us in the title but yet again it pivots to something else. As the film moves towards the conclusion it loses everything we believed to be true. The pivots can at times be annoying. Maybe if that last part was redone this film could be mentioned favorably in the same sentence and same breath with films such as Ocean’s Eleven’s and Catch me if you can. These two constantly popped up in my mind whilst thinking about this film.

Focus may seem intelligent in the way the smallest and most insignificant thing of importance on- screen is somehow weaved into the game being played by Will Smith’s character of a con artist named Nick.

This film if looked at as a rom-com has nailed the episodic presentation for the central element of this genre is the evolution (if there is any) of the relationship between the characters of Nicky (Will Smith) and Jess (Margot Robbie). It does seem both too fast and too convenient that they just met and had a connection. But those are the unwritten rules of the genre right?

Another film that flashed in my mind whilst focusing on Focus and Now you see me and of course that line from The Prestige too could not be far away when Will Smith wooed the audiences and was in the zone when he gave a quick lesson to Jess. This scene is awesome to watch right at the start of the film when you walk in with a fresh mind ready to absorb what plays out on screen.

In addition to being awesome, ethical dilemmas could emerge as we think that this is so not right. It could serve as a warning to us whilst we go out in public for we may get paranoid about the deftness with which such stuff is pulled off. This continues as we get a scene about the cues which I felt was wonderfully choreographed.

Will Smith’s scene at the Football game bowled me over. They are at the Superbowl and he keeps placing bets – using all of his money. Jess looks worried and doesn’t know what to do to stop him. If he was using one of the online betting sites, he probably wouldn’t end up placing so much money on the line – as he wouldn’t compete against anyone physically. The way his face changes from assured to one who is flustered by the situation was a piece of acting that when compared with his opponent’s overconfidence was just remarkable. I began watching closely from here, but too many questions and gaps arose. The betting scene was definitely one of the most intense ones in the movie.

Margot Robbie has quite a bit to do in this film and isn&#39;t just there as the eye candy who if removed would just disappoint a section of the audience but not disrupt the story. There still are scenes that only serve to titillate the viewer. Some of which her character of Jess explains, “are meant to be seen.”

Whilst watching it you may wonder why such a scene even exists in terms of story progression if not purely to have Robbie function as eye candy. This thought emerges even though you realize the film includes things that will be explained later. If you are switched on throughout and can see through what may be considered as drivel the poolside scene makes sense for they exist to sell the idea of herself and Nicky. Nicky did mention a few reasons explaining why he played along. 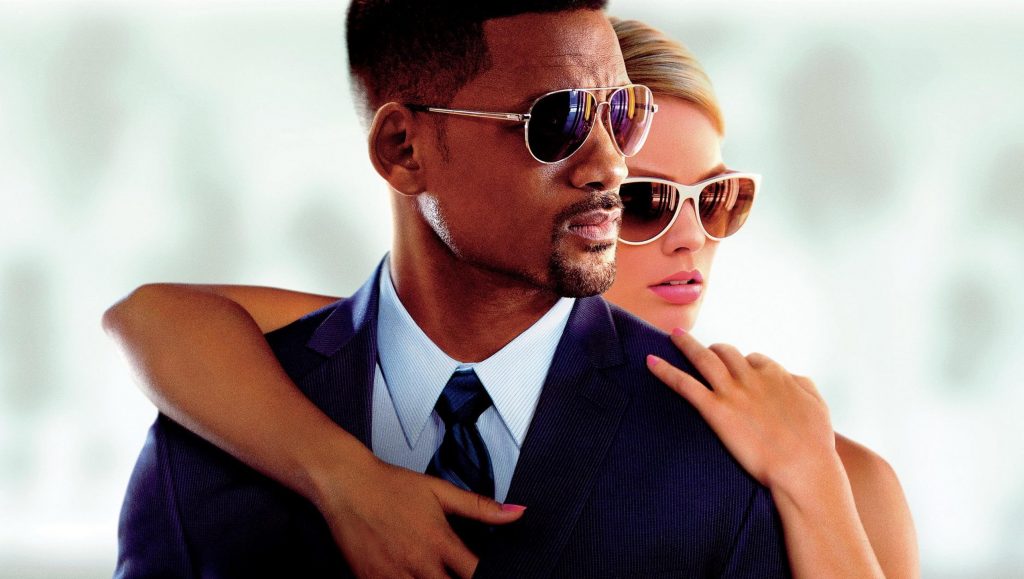 But the “meant to be seen” does raise questions in that climax which defies layman medical logic. It felt very farfetched to be believable but kept in with the tone that this movie tries to establish. In the film, Nicky says not to worry about him for he is very well-read.

Con artists certainly have to put in a lot of effort and be well-read and this is detailed out in the film. His knowledge adds to that coolness that we associate with his character after that scene with Margot Robbie. Intelligence is attractive and this film attempts to endear itself to the audience with is intelligent-sounding dialogues.

But would this target audience be able to stomach that conclusion?

The villain in this film would be Garriga. But is it apropos to label him like that considering the roles played by the characters in the film?

In the beginning, I mentioned that this was an amalgamation of genres but whilst watching it and in picking a narrative that makes the most sense out of all of the twists and backstabbing I’d have to categorize Focus as a rom-com with sprinkles of crime.

One wonders what might have been if they decided to expand the first half a bit and roll the end credits a car ride after that incredibly convenient but well-planned bet. No misrepresentation of a villain, no scorned woman out for revenge tease. The rom-com could have been elevated a bit more had there been more focus on the love life of the two leads. That could have been their farewell after the perfect con.

It feels as though the extension was the seed of the idea which blossomed into this script and just had to be included. It is a clear indicator of why it would behoove writers to write and see what direction their story flows in.

They imagined that ending, built towards it and tore it down completely. It’s so Game of Thrones where the showrunners kind of forgot to include stuff they had teased. Here nothing was forgotten but everything seemed to be a game. In one way it presents us with the idea that the con is always on. In retrospect, it just irritates a viewer for they don’t know what to buy and can’t focus on a film.

But then again George R.R. Martin has said that he just writes as it comes along and now he is struggling to wrap it up. Is it good that a writer writes to a particular ending or writes and develops a story as it comes along?

To reiterate my earlier statement. One can just wonder…. I for one would have been a fan of the credits rolling at that scene (you will understand what I am talking about) for I felt that despite its focus as a rom-com it lacked the depth to function completely as either a crime film or a rom-com.