To associate youth with romance and ideas of love is an irrepressible part of our culture. Rarely do you see a film that makes you ponder about life through characters who are at a phase in which life itself is considered to be waning. Max Walker-Silvermann’s debut feature, A Love song (2022), accomplishes that with elegance and manages to subvert age-old narratives of passion at the same time. His primal bonding with the rugged landscapes of rural Colorado, where he grew up, adds an element of veracity to the film’s setting. With folk music and panoramic shots of the countryside, he concocts homesickness for a place that only exists within the crevices of memory.

The plotline, which is quite conspicuous in its simplicity, unfurls as a Thoreauesque travelogue of immersion in nature, away from the bedlam of human settlement. An unlikely protagonist takes center stage—Faye (Dale Dickey), an elderly woman who is camping in a trailer, all by herself, somewhere amidst the vast, jagged stretches of Colorado countryside. At first, her incongruous presence might make you wonder—isn’t she too old to be spending her days studying constellations and cracking lobster shells in the middle of nowhere? Is she terribly unhappy? Even the tale of her reluctant wait for a former lover feels dubious. For a good while, this mysterious friend seems to be a mythical creature, conjured up to justify her nomadic ventures, replete with indecisiveness.

Dickey is not a new face in Hollywood. In A Love Song, she appears to be poised with sincerity, which is indicative of her visceral connections with the terrain (she hails from the mountains of Tennessee). Faye’s character unapologetically takes a quiet stance against all notions of propriety. There is something innate about her unfazed yet reticent demeanor that silently speaks of empowerment. In an interview with The Film Stage, Walker-Silverman says: “It’s rare to see an actor who has whatever the strange and mysterious thing that we call ‘being true’. But she just had it.”. 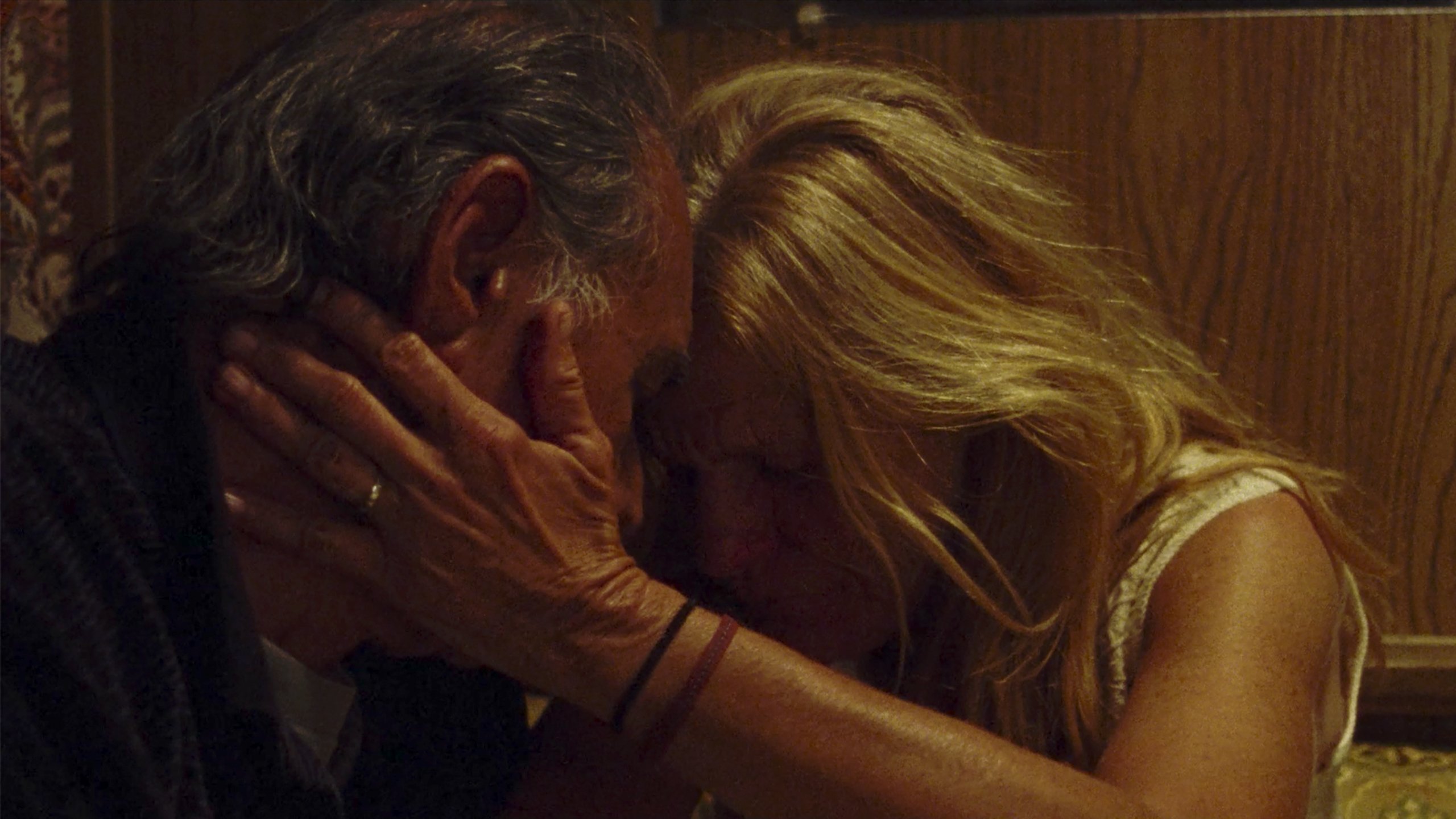 With Lito’s (Wes Studi) arrival, there is a shift in the ambiance of the film. Devoid of the shadow of dwindling hope, it feels like a waking dream. Studi and Dickey generously compliment each other as they share the screen. Verbal reminiscences frequently guide the narrative, and a subtextual interplay of emotions adds color to what might be termed as giving one last chance at life. Walker-Silvermann demonstrates that there are no bars that measure intimacy, and there is no metric that fathoms loneliness, with as few words as possible. In one sequence, Faye scoops out ice cream with a pen knife out of a tub, puts it in the cones held out by Lito, and tells him that this is something that she has been trying to do alone for years, but could never figure out how. One cannot help but admire how nuanced these conversations are and the indelible impressions that they leave behind.

Hollywood has inculcated a notion of the West, teeming with gunshots and cowboys, that is difficult to grow out of. But Walker-Silvermann concerns himself with only the truth, no matter how vapid. There are a few pockets of benign humor that vaguely hint at the lack of understanding of the Western culture that seeps into most films. At certain points, the story sidesteps to pave way for a few other characters. The little girl cowhand, the lesbian couple camping nearby, the postman on horseback—all seem to be contributing to variegated imagery of the West.

In literature, romantic love has often been described as a brief meeting between two entities on an extensive field. It is as momentary as anything else. One would not forget Walker-Silvermann’s love song for a long time, because it delves right into the paradox of looking at life from a great distance that allows one to feel utterly close to it. One would not forget that in its heart, there is forgiveness and poetry. It does not shy away from accentuating imperfections, be it in humans or in nature, one not so separate from the other. And if by the end, it dares to pronounce the word ‘transcendence’, it does not make a pompous affair out of it. For Faye, there is no epiphany except that of the harsh reality, no discovery except the sweet hopelessness of the present, and no solace except in her own self.

Where to watch A Love Song