Always Be My Maybe (Netflix)

In one of the scenes where the male lead, an Asian-American in his thirties, is planning to speak up to his long-lost love; a hip-hop track plays over. “It’s a blur now it’s a blur, all these feelings but I never said a word”, and it goes on to illustrate a situation almost identical to his own. Something that Aziz Ansari did with his rom-com series ‘Master of None’ and what Hasan Minhaj expressed in one of his Netflix specials, the film expresses the same need to identify with this culture. It’s a way of expressing their feelings of being an outsider as an immigrant, among other reasons.

Nahnatchka Khan’s ‘Always Be My Maybe’ in this case, gets the culture right before anything else. And it understands where the emotions come from, with the present conditions surrounding them. It also has some inside-jokes which probably just the people from this community will understand. But it never gets insular in the guise of representation. While often dwelling in the rom-com clichés, the film hardly loses authenticity and genuine humor. Perhaps because of that, it works better than the melodramatic ‘Crazy, Rich Asians’ dealing with the present-day situations.

The Asian ‘When Harry Met Sally’ as some might call it, the film begins when the characters were in their teenage years. They have known each other since their childhood. Sasha Tran (Miya Chech) and Marcus Kim (Emerson Min) become childhood best friends in San Francisco, who belong to different financial classes. Sasha often stays with Marcus and his family as her own parents never seem to invest time for her upbringing. As a result, she has a better connection with the family of Kim, over food among other things. Along with Marcus, she goes on adventures and fun-rides over her town. Later, in the days of their early adulthood, the decisive moment comes where they have to choose what their relationship means. That parted their ways for a long time.

After a few years, they meet again. Ali Wong and Randall Park, who play the older Sasha and Marcus, have shifted to the different lifestyles altogether. Sasha, who is supposedly on a break from her fiancée, seems to have adjusted herself to the wealthier class. Meanwhile, Marcus is still helping out his father in his small business while not leaving his block to pursue the dream of hip-hop. A fish from the pond that never had the courage to look out, meets a successful entrepreneur who reached the level that she wanted. But neither received the kind of happiness that they wanted. Their interactions often reflect these financial differences and their effects on their bonding with one another. It’s just a matter of time when they reach the final realization. 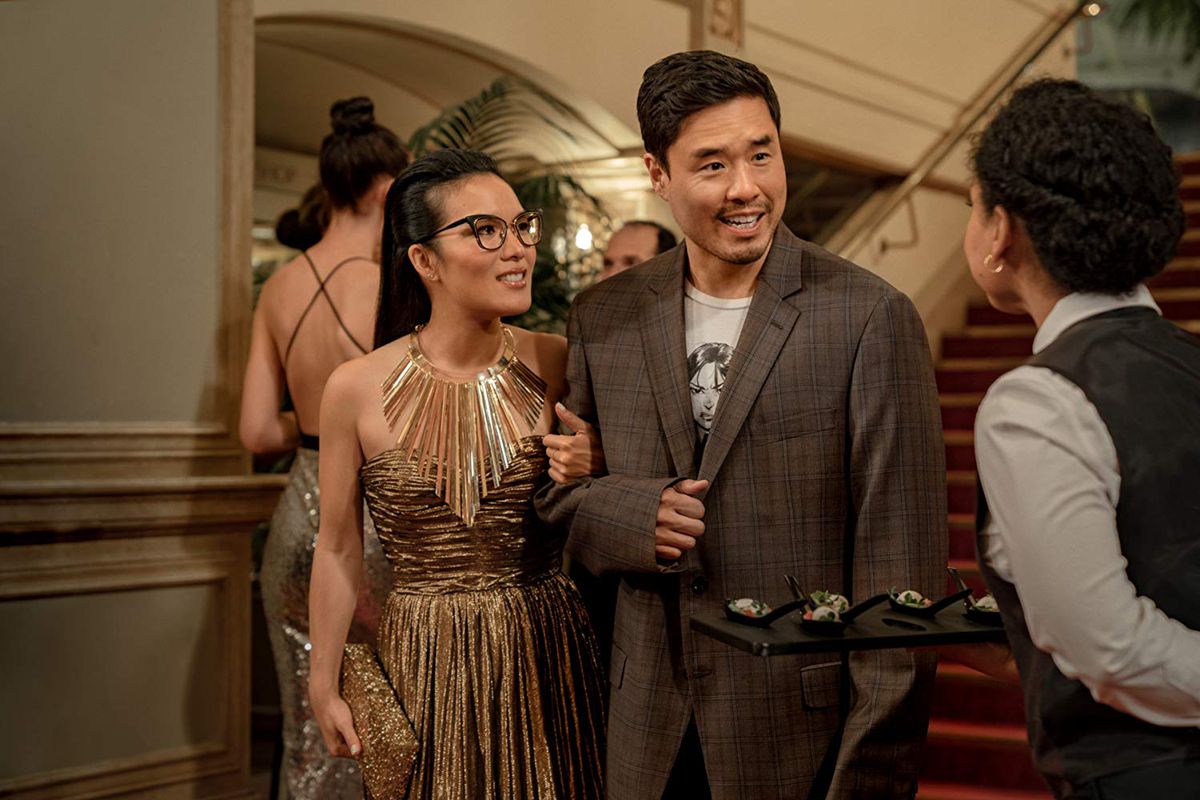 Speaking about the other aspects, the film’s casting takes the cake here. It suits perfectly for the stand-up comedian Ali Wong even more than it does for the well-known Randall Park. Their chemistry is infectious and honest. Ali’s comedic brilliance fits very well with the contemporary humor, which never sets back or bores through its runtime. She’s spontaneous and affecting even during the dramatic moments. With an experienced actor as Randall Park, she equals the amount of energy required for the role. Besides, he’s well-versed in the genre, which is clearly visible through his effortless performance. They hold you even through the moments which could possibly be the corniest from the film. Even the supportive cast elevates the normal comedic fare to a more enjoyable film.

The tonal shifts between comedy and drama, although uneven, come with its share of standout moments. Especially a 16-minute cameo of Keanu Reeves, playing a version of himself further in the film, he steals the show in almost every second he’s in. His interactions ultimately lead towards the couple to the realization about their own relationship. The film becomes hilarious just because of how believable it is in dramatic moments.

Despite having much to admire, the film does have many genre tropes often borrowed from Hollywood classics. And it is predictable for the most part. It does not revision the genre either. In the end, it’s just about the childhood sweethearts meeting after a long time to reconnect with one another. But it’s worth a ride solely because the clever punches it pulls with the racial angle and the charismatic leads that keep us glued to the screen.

Always Be My Maybe Links – IMDb,