We are Living Things [2022]: ‘Slamdance’ Review – Aliens searching for Aliens while dealing with existential alienation

We are Living Things Slamdance Review: The word Alien has two distinct meanings – one, a hypothetical or fictional being from another world; and two, a foreigner who is not a naturalistic citizen of the country they are living in. This second meaning is of greater consequence when describing undocumented immigrants. However, in the context of the film, the second meaning manages to completely miss the ethos of America being a melting pot in the present landscape.

Director Antonio Tibaldi, with co-writer Alex Lora, crafts a film that merges both of these meanings into the narrative. Solomon (Jorge Antonio Guerrero) lives and works in a recycling plant in New York City. We see him try to intercept extraterrestrial communications with the help of a telescope and radar system built from spare parts. This interest in extraterrestrials is shared by Chuyao, a young Asian woman who works as a manicurist. She also moonlights as an escort in dangerous, kinky games under the thumb of her boyfriend/pimp. A chance meeting with Solomon piques his interest, especially when he discovers a magnetic rock in her room as well as an oil painting of a UFO. Solomon discovers Chuyao’s activities as an escort, especially during a particularly deadly night leading to a violent confrontation with her boyfriend/pimp. To protect her, Solomon decides to kidnap her and leave for Nevada to return to the spot where his mother had been “taken” by UFOs.

Tibaldi’s focus on portraying the immigrant experience, especially during the light of the Trump era of presidency in the United States, is interesting but simultaneously superficial at times. The events in the Karaoke Bar, especially the traumatic event that occurs with Chuyao, are frankly disturbing. Although, it is even more disturbing to the narrative when we realize that the story asks the viewer to follow a character who resorts to kidnapping another character only as a plot mechanic. Tibaldi and co-writer Lora’s gritty exploration of America is a thematic exploration that might work on paper. As the movie progresses, you realize how much of a mixture of genres it is trying to be – from a thriller to a character-drama to ultimately being a road movie. Thus, the gritty and thrilling aspects of the film feel exploitative or, worse, unnecessary. 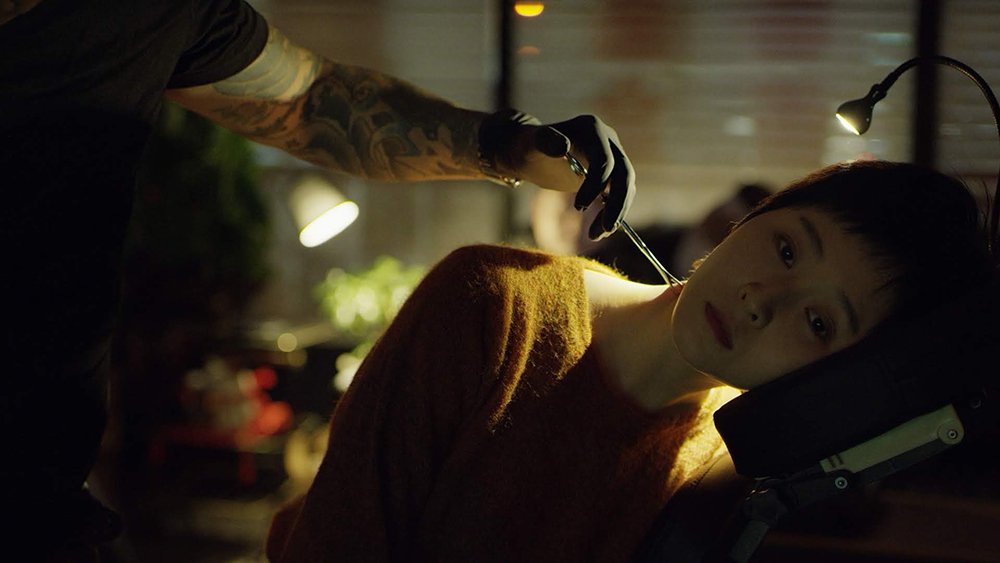 As the second half of the movie proves, We are Living Things is an exploration of loneliness, of the existential alienation of two characters who are content to be lost in this vast city but whose collective interest in the unknown and the unidentifiable binds them together. The vastness and natural beauty of the urban sprawl of New York City and its rural landscapes are captured via sumptuous cinematography. The photography, with its multitude of hues, has captured the arid drylands of Arizona as distinctly as the nomadic lifestyle of the individuals living contentedly there in tranquility or waiting with bated breath for an encounter with the third kind.

We Are Living Things is a story about belief and the power of the said belief, which might be responsible for a person to function without confronting the reality of existence. For Solomon, his obsession with extraterrestrial life stems from the disappearance of his mother, who was taken while crossing the border. The reality of such an event would be far less mythical and far more brutal, but Solomon chooses to believe otherwise. In Tibaldi’s narrative, however, his version of events is given appropriate credence, be it the presence of magnetic rocks or the interception of radio signals deemed otherworldly.

Also, Read – Be Right Back [2022]: ‘Slamdance’ Review – Lost amidst its Cryptic posturing

For Chuyao, her belief in the extraterrestrial stemmed from her active imagination during her childhood; she now envisions it as an escape from the gritty and grimy hell she had found her life in. Belief in these UFOs finds these two unlikely individuals supportive of their trauma, eager to escape and discover. It’s an interesting story with enough themes and layers, but its execution feels far sloppier from a screenplay point of view. The political angle of the film, including the exploration of the undocumented “aliens”, does not land as beautifully or thematically as the questioning of whether actual “aliens” would appear by the end of the film.

By leaving it open-ended, the movie sticks to its guns of straddling the line between the rooted reality it is trying to portray and the science-fiction reality it is hinting at. The final scene, taking place at a magnetic rock formation with Chuyao feeling a pull towards that rock and almost acting as a tuning fork for the supposed extraterrestrials, are all subtle, ambiguous signs that could easily be explained away. But, in a way, the movie is also massaging these characters’ beliefs into the unknown. That feels surprisingly sweet, even as the narrative of the movie takes some surprising and frankly troubling turns to get there. The movie ends with a scene of hope, away from human construction, in a natural rock formation, the two characters holding hands while the camera slowly pans away vertically upwards. It’s a beautiful scene and, from a technical standpoint, the movie looks beautiful. The sound design of the movie, with the ambient score, brings to life a gritty but sanguine world. I only wish it would focus more on the second meaning of the word “alien” in a far more subtle and potent manner.

WE ARE LIVING THINGS SCREENED AT THE 2022 SLAMDANCE FESTIVAL

Neymar: The Perfect Chaos [2022] 'Netflix' Review: It Will Come Across as The Perfect Disappointment

We are Living Things [2022]: ‘Slamdance’ Review – Aliens searching for Aliens while dealing with existential alienation