Home»OTT»Netflix»Neymar: The Perfect Chaos [2022] ‘Netflix’ Review: It Will Come Across as The Perfect Disappointment
Netflix/Reviews

Neymar: The Perfect Chaos [2022] ‘Netflix’ Review: It Will Come Across as The Perfect Disappointment

Sportstars transcend sports and become celebrities, prompting the world to forge an interest in them to get to know even more things about their lives. It is almost an invasion of privacy. Why would they air the deep, dark secrets, though? What’s in it for them? Why would they give the fans anything more to gossip about when they already have enough of the same?

The players just wanted to be footballers, and step onto the field to kick a ball. That’s the part of their lives that they opted to air in the public domain before the millions. After all, they have an image to guard and need to protect their brand.

What else would the purpose of a bio documentary be?

Neymar Sr even admits that anything controversial on or off the pitch could result in harm to Neymar’s image. That should have been the first sign that Neymar: The Perfect Chaos is just Neymar’s effort to clean up his image and provide a one-way answer on his perspective to football lovers and his fans.

Neymar: The Perfect Chaos begins with the footballer’s time in Brazil with Santos. However, we get to see that he had a trial at a Spanish club as a teenager. That’s the only fresh thing we get to see. Well, as an avid consumer of the sport, that may have been my take. But if you aren’t a football watcher, you may not like this series one bit and find it unrelatable. 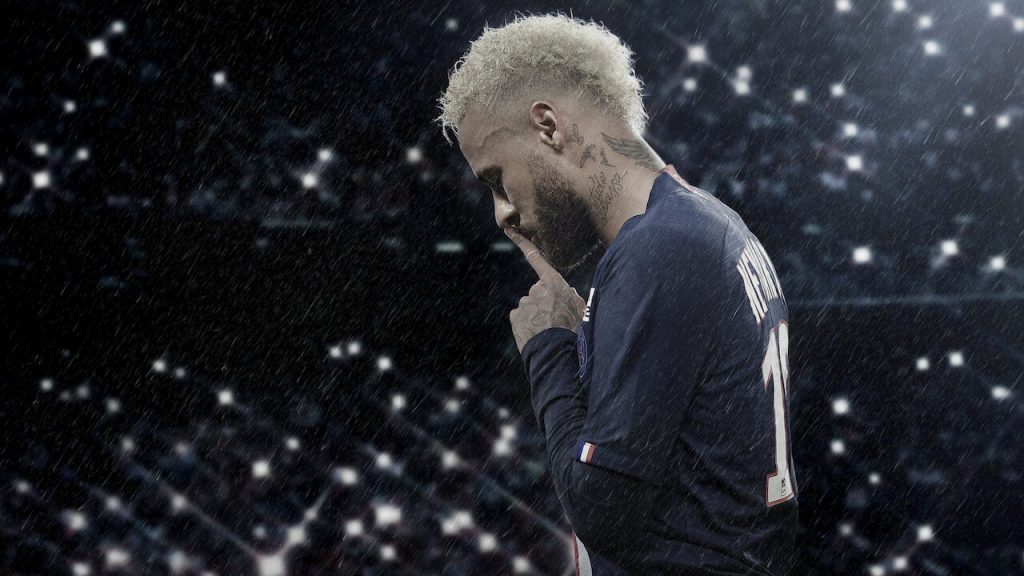 The series presents the star’s answers to the common criticism that comes his way. We get to see fans’ take of his antics as well as the hilarious Neymar rolling video and also the video of a coach yelling “Neymar” and all his students falling to the field.

They call him a diva because of the no-hard tackle rule. Neymar presents an answer to all these, and at one point they even compare him to a deity saying that even he attracted criticism. What even?

His takes do present him as a normal human, but they seem tailored and are the perfect responses to deflect the perfectly placed shots that anyone would take at him.

At some points, it seems as though director David Charles Rodrigues forgot that Neymar was contradicting himself. Neymar’s reason for leaving Barcelona seemed selfless, but his reason for reportedly wanting to quit Paris Saint Germain came across as selfish. Was that used to help the limited miniseries documentary live up to its title of The Perfect Chaos?

Chaos is a word you can use to describe this limited series as it just jumps so badly in trying to cram almost 10 years’ worth of stories into just under three hours. We barely get to go to the depth of his games at the Nou Camp, his equation with family and friends, his move to PSG; it’s barely covered.

While football fans may say that they are re-watching games repeatedly thanks to this Netflix Limited Series, non-football fans may think that football is only about the marquee games and a bunch of party superstars.

The documentary did not have an intense training session to show the audience how Neymar worked to rise above the chaos.

Also from Netflix – In From The Cold (Season 1) Review: A Show That’s Essentially Black Widow And Mission: Impossible On Steroids

Factual errors were prevalent as the interview with Barcelona Star Messi when Neymar signed with the Catalan club in 2014, wrongly branded the multiple-time Ballon D’or winner as Barcelona captain. The English dub of the series kept branding the sport like soccer. That was quite a turn-off for audiences, but a good lesson on why content must always be watched in the original language.

Names like Thiago Silva, David Beckham, Kylian Mbappe were underused as interviewees and their presence could have presented a balanced outside view of Neymar. Their comments would have been that of a fellow professional/teammate rather than the entity’s own views.

Largely coming across as a brand repair and apology clip, this documentary is not something that will not set fireworks in the football world. Watch it if you want to see the highlights of important Barcelona football matches and PSGs run to the UEFA Champions League Final in 2020.

Neymar: The Perfect Chaos is the perfect disappointment to those who wanted to know more about him.

We are Living Things [2022]: 'Slamdance' Review - Aliens searching for Aliens while dealing with existential alienation

Neymar: The Perfect Chaos [2022] ‘Netflix’ Review: It Will Come Across as The Perfect Disappointment