After romance, crime (and its sub-genres) is probably the most popular genre in the Hindi Entertainment industry. Most of us 90s kids grew up binging the hell out C.I.D (1998-2018). Additionally, we watched Crime Patrol (2003-ongoing) with a tinge of guilt in our hearts about the pleasure we were deriving from it. Then Sacred Games (2018-2019) ushered in a new era, thereby prompting storytellers to search for ways to match up to it and even exceed the bar set by Anurag Kashyap, Vikramaditya Motwane, Neeraj Ghaywan, and Varun Grover. Hence we got shows like The Family Man (2019-ongoing), Mirzapur (2018-ongoing), Delhi Crime (2019-ongoing), Paatal Lok (2020-ongoing), Tabbar (2021-ongoing), etc. And now we have a new addition to this roster in the form of Zee5’s Mithya (2022).

Based on the British TV series Cheat (2019), Mithya is directed by Rohan Sippy and written by Anvita Dutta, Althea Kaushal, and Purva Naresh (dialogue). The show opens with Juhi Adhikary (Huma Qureshi) and Rhea Rajguru (Avantika Dassani) on either side of a prison’s visiting room. It’s unclear who is in jail and who is not. But their conversation indicates that they are pushing each other to get to the truth. The truth about what though? Well, that’s when we go into a flashback (which is where the majority of the narrative takes place) to reveal that Juhi is a teacher at a college in Darjeeling and Rhea is her student. Both of them have problematic familial relationships. However, it’s all at a bearable level. It’s only when Juhi accuses Rhea of plagiarising her assignment that things flare up, turning an academic disagreement into a grotesque drama full of psychological manipulation, ugly revelations, and murder.

Let’s be honest, Mithya is so good of a show that you’ll wish that it’s an original. There’s something about it being an adaptation that takes away the excitement that the twists and turns generate. It feels like the writers didn’t actually come up with them. They’ve done a great job with it. But it would’ve been better if they thought of it instead of the writer of the British TV series. With that minor nitpick out of the way, Mithya is gripping from start to finish and it’s largely because of the writing. Adaptations seem easy because you already have pre-made source material in your hand. However, when the audience is Indian, the characters are Indian, and the setting is Indian, there’s room for a lot of fine-tuning of the tone to match our sensibilities. So, kudos to Dutta, Kaushal, and Naresh for doing exactly that. There are a lot of exposition-heavy scenes, interactions that have plenty of misdirection, and moments that are genuinely creepy. And every single one of them is crisp, engaging, and thrilling. 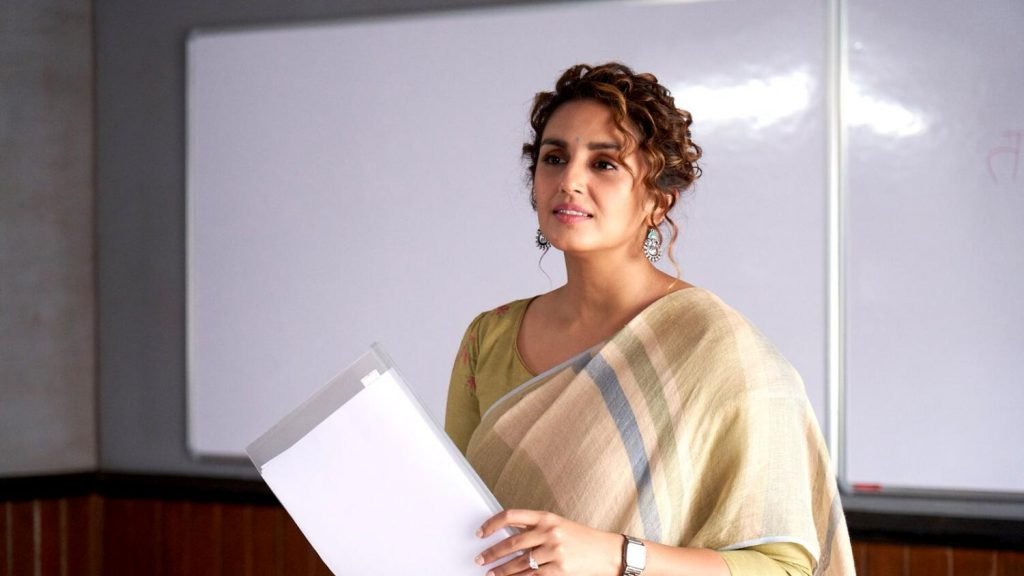 If you think that’s vague (only to keep this review spoiler-free because everything about Mithya is spoiler-y in nature), get ready for this bit. Mithya delves into a bunch of themes. Its exploration of the fragility of the male gender is really interesting as the writers use Rhea and Juhi to poke holes in their facade. The way they take some of the typical phrases that men use to excuse their bad behaviour and expose the hypocrisy of it is really satisfying. That naturally bleeds into the show’s analysis of women and how they deal with the trauma of living in a world dominated by flawed men. It runs the risk of undercutting that topic by pitting one woman against another. But since the rivalry of Rhea and Juhi opens up conversations about what decisions lead to living a “good life” and how that moulds a person’s morality, the said pitting feels excusable. And because the writers never lose focus of the fact that Rhea and Juhi are essentially bearing the consequences of the actions of the men around them.

Rohan Sippy’s handling of the tone and perspective is immaculate. With the help of cinematographer Sirsha Ray and editor Abhijit Deshpande, Sippy keeps reminding the audience about whose truth we’re seeing. Is it Rhea’s? Is it Juhi’s? Or is it the objective CCTV cameras’? Reflective surfaces are employed smartly to not only hint at the connection between Rhea and Juhi but also establish who is influencing whose life. But all of these visual storytelling tricks would’ve been for nothing if Sippy, Ray, and Deshpande wouldn’t have known when to pull back. Since there are a lot of icky moments, morally ambiguous scenes, and straight-up risque encounters, framing and editing them appropriately so that the audience’s imagination does the heavy lifting was of utmost importance. And they did it. Every single time. That’s why the conclusive picture is lean and extremely to the point. A little disclaimer here though. This could be a case of Sippy and his team emulating the blueprint laid by Louise Hooper and Gaby Hull in Cheat. Even then, the overall direction in Mithya is worthy of praise.

What’s also worthy of praise is the acting. If you browse through the cast, you’ll understand how it’s overflowing with talent. Everyone from Huma Qureshi to Rajit Kapoor, Parambrata Chattopadhyay, Indraneil Sengupta, Samir Soni, Avantika Akerkar, Naina Sareen, and Krishna Bisht are excellent. But it’s actually Avantika Dassani who brings the roof down. She’s like the personification of a shark. The coldness in her eyes and face is truly scary. When she lets out the sinister monster underneath her skin, it’s even scarier. And then she effortlessly switches to Rhea’s vulnerable side to exhibit what all these negative emotions are doing to her. Or is it? That’s for you to find out. All I can say is that Avantika has done a phenomenal job of acting alongside such seasoned stars who are already acting their asses off as well. Especially Huma and Parambrata. The range that these two put on display is, for the lack of a better word, astounding. In fact, it’s because of these performances that it seems the show would’ve benefited from a few more episodes. Well, as of now, we can only hope for a Season 2 to allow the actors to flex their acting muscles.

All in all, Mithya is a neatly-packed show which starts off on a simple note and then evolves into something purely diabolical. The writing and the direction are some of the highlights as they strike a balance between organic storytelling and adhering to genre conventions. On a technical level, the show is competent. Ripul Sharma and George Joseph’s score can be a bit overbearing at times. But the performances from the cast are so powerful and heartfelt that you’ll probably ignore the jarring soundtrack. As someone who hasn’t watched the original, it’s difficult to say how derivative the show is. However, as mentioned before, Mithya is an example of a good adaptation that has the potential to keep you at the edge of the seat with its twists, while making you ponder about the boundaries of morality long after the show is over.

The Cuphead Show! [2022] Netflix Review - One Of The Best Animated Shows That Offers Barrels Of Fun And Action