It is pretty obvious for lovers of indie-cinema to see the heavy influence of Jim Jarmusch in Ena Sendijarević’s stylish debut feature “Take Me Somewhere Nice.” Fresh from its win at Rotterdam Film Festival, Sendijarević road-trip movie is a cool cross between Jarmusch’s “Stranger than Paradise” and the deadpan aesthetics of an Elia Suleiman joint. It is about misfits and outlaws and is certainly a tale about a young girl coming-of-age in a country that she knows nothing about.

Alma (Sara Luna Zorić) is a teenager living in the comforts of a posh house in the Netherlands. We know her life is almost perfect because we can see her sunbathing by the pool with her mother. However, it is the outside world that she doesn’t know anything about. The creepy lawnmower guy also feels like a friendly indulgence to her. To put it mildly, she hasn’t had any real experience yet. Soon enough, she realizes that her father – who has left the family for good when she was pretty young is sick in a hospital in Bosnia. She insists on going even though her mother doesn’t want anything to do with ‘that bastard.’ The mother later succumbs to allowing her to go. Her only conditions are that she stays with her cousin Emir (Ernad Prnjavorac) when there.

Alma arrives halfway through her destination only to notice that his cousin is the most disinterested person she has ever seen (not that she has seen a lot of people). His friend Denis (Lazar Dragojević), on the other hand, is eerily interested in her dutch-like sexiness. He even comments on how Dutch girls are easy.  They strike up a chord with each other but it soon fizzles out when she stumbles onto some hard truths. Unfettered by her inability to not open her new-briefcase to change the only dress she has been wearing ever since she arrived, Alma embarks on the quest of finding her father’s whereabouts even when her mother had warned her to not go on her own. 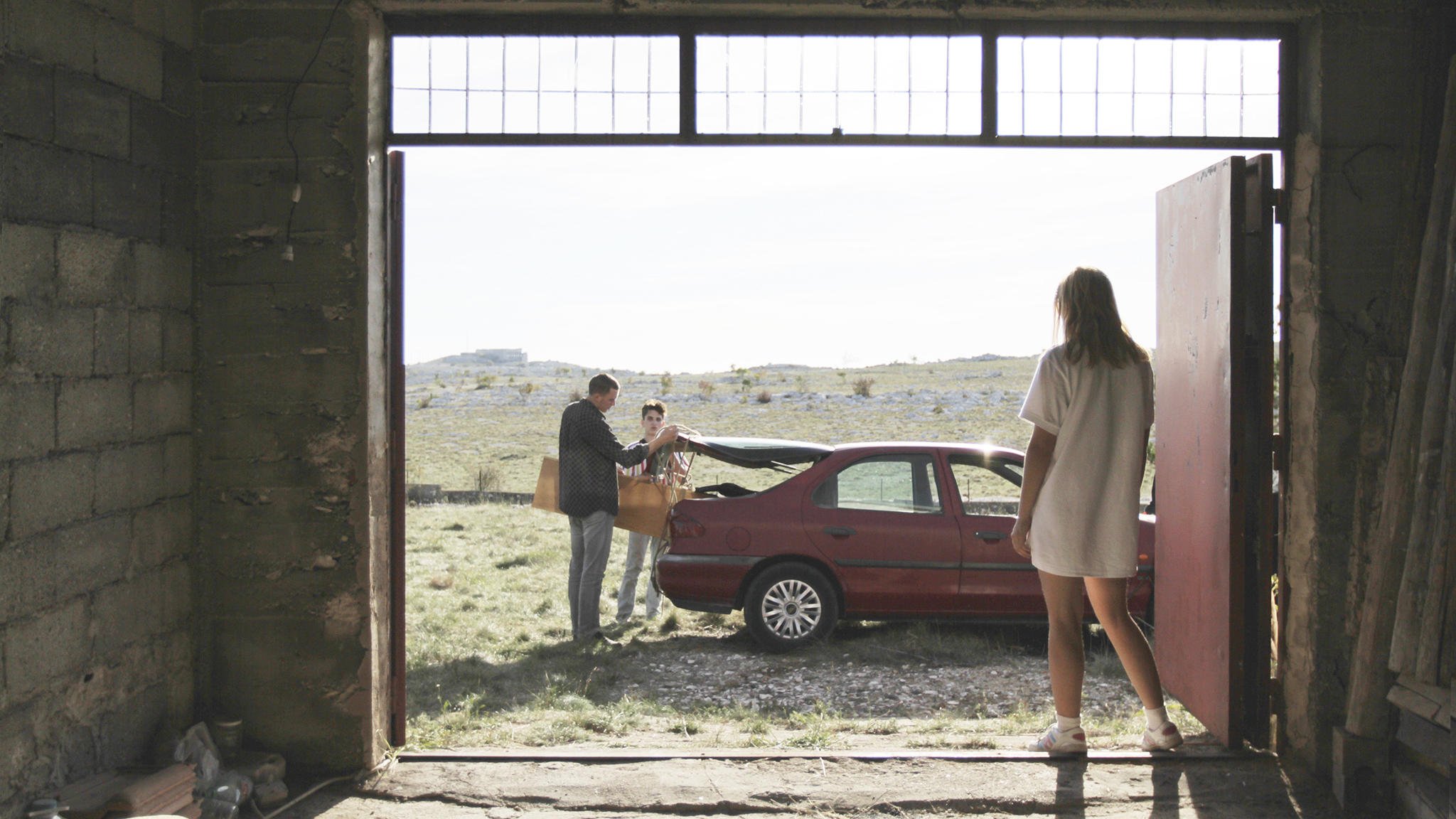 The best way to describe Ena Sendijarević’s coming-of-age film is an unexcited, aimless symphony of escapism and rebellion. However, her protagonist has an especially sexual feeling for all things peculiar. She is on the cusp of womanhood where she is slowly realizing what she wishes to do with her body and how. There’s also a pretty deranged sense of confusion in her head because she is still learning how to become (or act like) an adult. Which often leads her to misadventures and wrong turns. Sendijarević, however, doesn’t judge her lead character or the two other important character in any way. She uses the lack of excitement to amp up the deadpan aesthetics that give her a supremely enticing worldview. One that, in spite of feeling inspired, feels wholly original.

The camera angles, the colors, and the way Sendijarević lenses the entire Bosnian society give this quirky, small-scaled indie an interesting edge. You can’t help but fathom the way she creates this boring worldview through Alma’s eyes. There’s always the titular quest at the back of her head, but “Take Me Somewhere Nice” also knows that this girl, with her child-like wishes, is still figuring out what ‘nice’ actually stands for. Is it the inside of a rented apartment in the middle of the city? Is it getting her hair colored in a way she likes? Does dancing and having a drink with a daddy-figure count as fun? Or is it getting drunk and happy or probably doing drugs?

Also, Read – Nothing Personal [2009]: A wonderful ode to privacy and solitude!

“Take Me Somewhere Nice” does go into a few darker places that one would never expect it to go. It has some really wise things to say about ‘letting-go,’ ‘grieving’, and ‘growing up.’ However, pretty much like Alma,  Sendijarević’s writing feels a little too aimless to really get you home. Though I believe that she hardly wishes to go back home after the experience she has had.