“Without mercy, man is like a beast. Even if you are hard on yourself, be merciful to others. Men are created equal. Everyone is entitled to their happiness,” an ethical idealist governor shares this only treasure – an advise – with his son, Zushio – before he leaves his family behind for exile. Zushio might not fully realize the gravity of those words at such a tender age, but he carries it within himself as a token of blessing that shapes his entire life.

The only crime of the solicitous Governor is that he safeguarded the peasants from an inhuman military draft. He was an idealist, an individualist who believes in egalitarianism. The socio-political framework has never been accomodating of egalitarians as they systematically eliminated power, wealth and status. That’s exactly what deeply hurt feudal lords who run private slave camps and the governing body that thrives on it.

Kenji Mizoguchi’s “Sansho The Bailiff” is a profound reflection on humanity & mercy with an underlying piercing melancholy. It’s a surgical study of what social conscience does to society, and how intuitively oppressive body counters it with physical & psychological violence. Though there’s abundant melodrama, Mizoguchi doesn’t deceive his audience with a utopian victory of virtues, because when imperfect humans attempt perfectibility—personal, political, economic and social—they fail. 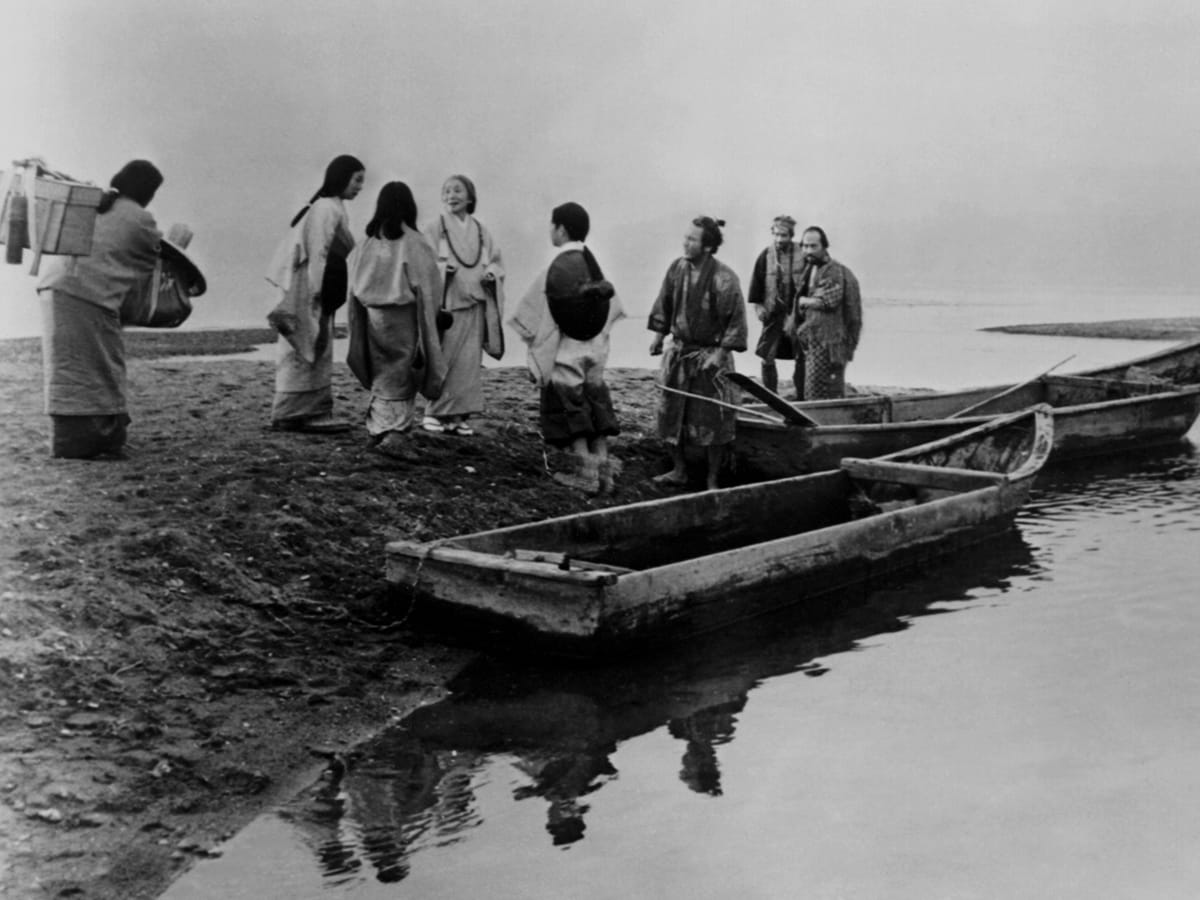 Kenji Mizoguchi’s melodrama – adapted from an epic folk tale and set in 11th-century feudal times – speaks to the modern world scarred by burgeoning capitalism and fascism. This is the world where obedience and sycophancy are rewarded in abundance. It has no place and respect for idealists and altruists, who are often silenced or rendered powerless. And there lies the reason for such an unusual choice of naming the film after its antagonist – Sansho, the bailiff.

Sansho is stingy, malicious, and sycophantic, but he’s not a rare breed. He is far more common in the social hierarchy creating the unequal power distribution. He represents the section of the class, the pyramidion, who have consistently exploited everyone beneath them for power, domination and economic leverage. His barbarism leaves such a scar that even when he is ultimately defeated, it only bestows a partial triumph for our antihero, Zushio (Yoshiaki Hanayagi).

The film opens in a lush forest, where young Zushio curiously asks about his father to his mother on their way to find his now-exiled father. Along with his young sister, Anju, and their servant, they take this difficult expedition without foreseeing the obstacles that would change their life.

An old priestess tricks them in the garb of extending the helping hand. Governor’s wife, Tamaki, is sold into prostitution and children are sold into bondage to the notorious bailiff of a manorial estate. Their morals are put to test as the shackles of slavery leaves them to tackle substandard living conditions. Under such brutal oppression and suffering in rotten feudalistic set-up, Zushio’s morality wavers and he begins questioning the value of his father’s teaching. He turns into a sullen aide who willingly follows Sansho’s command to brand attempted escapees on the forehead—even if the victim is a 70-year-old man who has laboured for half a century and yearns only to die free.  Even so, Anju continues believing in the idealist teaching of his father like gospel truth. 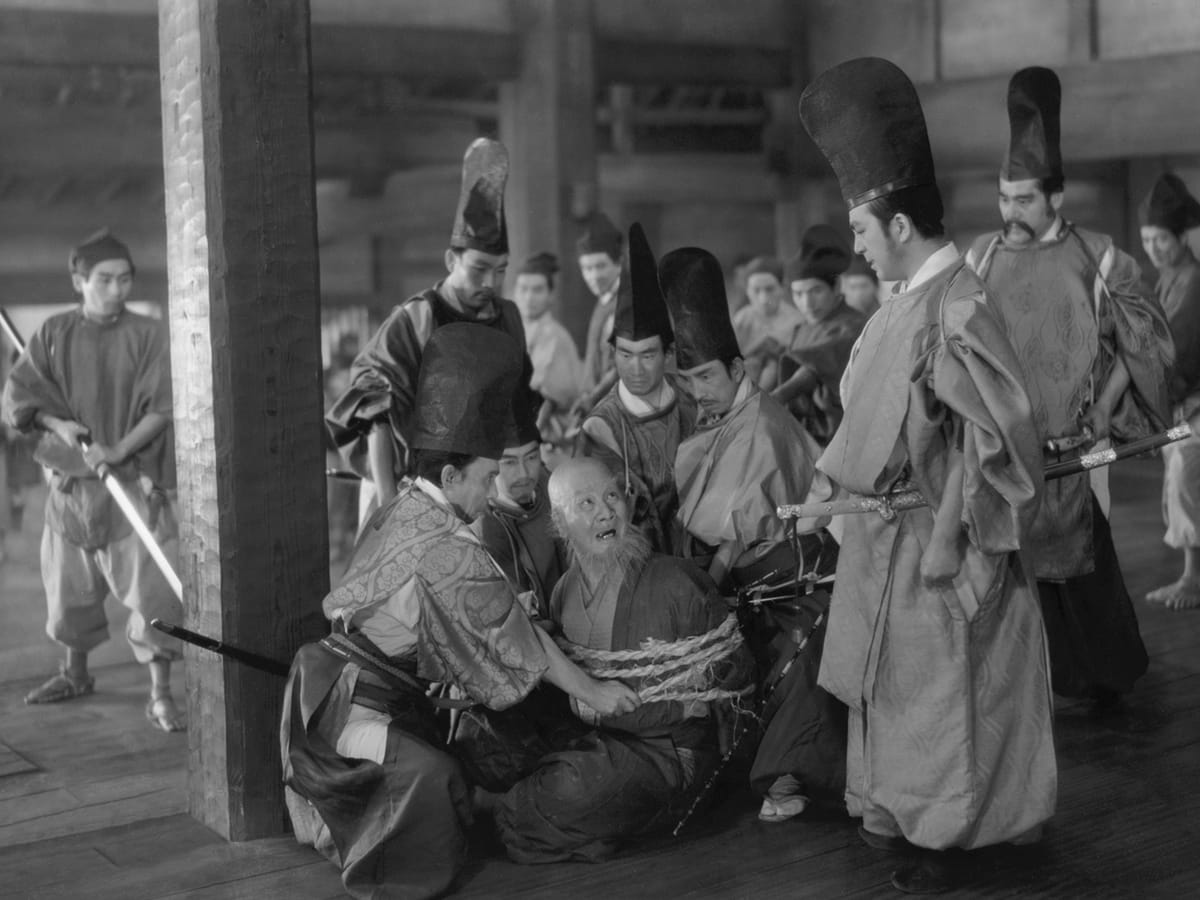 She becomes the vital component in upholding the beacon of ethical idealism within Sansho’s inferno. If not for her resilience and patience, Zushio might have identified with and idolised Sansho. That way Mizoguchi ensures that there’s still some good left in the society, not weakened by the iron fist. But such idealist stance comes with a cost and a terrible one. Anju had to sacrifice herself for the greater good that ultimately leads to the fall of Sansho.

The only minor hiccup in a rather painstakingly nuanced & well-written drama befalls after Zushio breaks free from Sansho’s manor. The subplot dealing with the fateful rise of Zushio as Governor, criminalising slavery in his territory and arresting Sansho, feels rushed, given how significant the event holds for Zushio’s character arc.

The thematic significance is beautifully achieved but the hastened narrative pacing of the subplot hardly justifies the diligent development of the first two-acts. Zushio’s decaying faith in his father’s teaching is felt in the bones, we partly empathize with him inclining to Sansho, but his restoration in idealism is hardly realised.

Also, read – The Only Son [1936] Review – The characteristic Ozu style at its nascent stage

Sansho The Bailiff’s has one of the most heartbreaking climax scenes. Despite having witnessed the family reuniting after such aghast turn of events, separated for years, in several films, the demonstrative, unadulterated writing renders the novelty and makes it powerful and moving. As the end title appears on the screen, this is what we’re left to grapple with—a choice to cast our lot with either Sanshô’s materialist world or the impractical ethical idealism of Zushio’s father. We’ve seen that both roads can lead to unhappiness and exile.

Sansho The Bailiff on The Criterion Collection.