Home»Reviews»Film Festivals»Ascension [2021]: ‘Tribeca’ Review – An impressionistic look at the tendrils of Capitalism in all levels of social operation in China
Film Festivals/Reviews/Tribeca

Ascension [2021]: ‘Tribeca’ Review – An impressionistic look at the tendrils of Capitalism in all levels of social operation in China

China is a nation that defies definition – a communist nation that also creates a wealth disparity befitting that of a capitalist society like the United States. It is not surprising that the tagline of the current Chinese government, as well as the society, is the ascension towards the Chinese Drea.  A bar for economic success strikingly similar to the American Dream. Chinese-American filmmaker Jessica Kingdon thus crafts a documentary exploring the tendrils of capitalism in all levels of social operation in China.

Kingdon, who has both shot, as well as edited the movie is content to let the camera linger as the movie tries to explore and literally ascend the social ladder from the top down. Since the camera mostly consists of static shots or shots of minimal movement, it feels very much like cinema verite. This comes off as a surprise because Kingdon here is more focused on capturing the nuances of such a top-down structure than judging the circumstances.

Related to Ascension – Awaara [1951] Review: Man Is A Product Of His Environment

From focusing on a factory making sex dolls to a bodyguard affectionately playing with a pet goat, Ascension is not without its humor. And as the movie slowly goes up the social ladder, from the bottom rung to the top, it slowly starts to enter the entrepreneur and the aspirant phase – people who are aspiring for the elusiveness of the Chinese dream. It goes as far as taking etiquette classes, emulating western culture, and taking positions like a butler or personal assistants. It is fascinating to look at a country insistent on distancing itself from its major competitor in the trade market, but also emulating its best and worst traits. 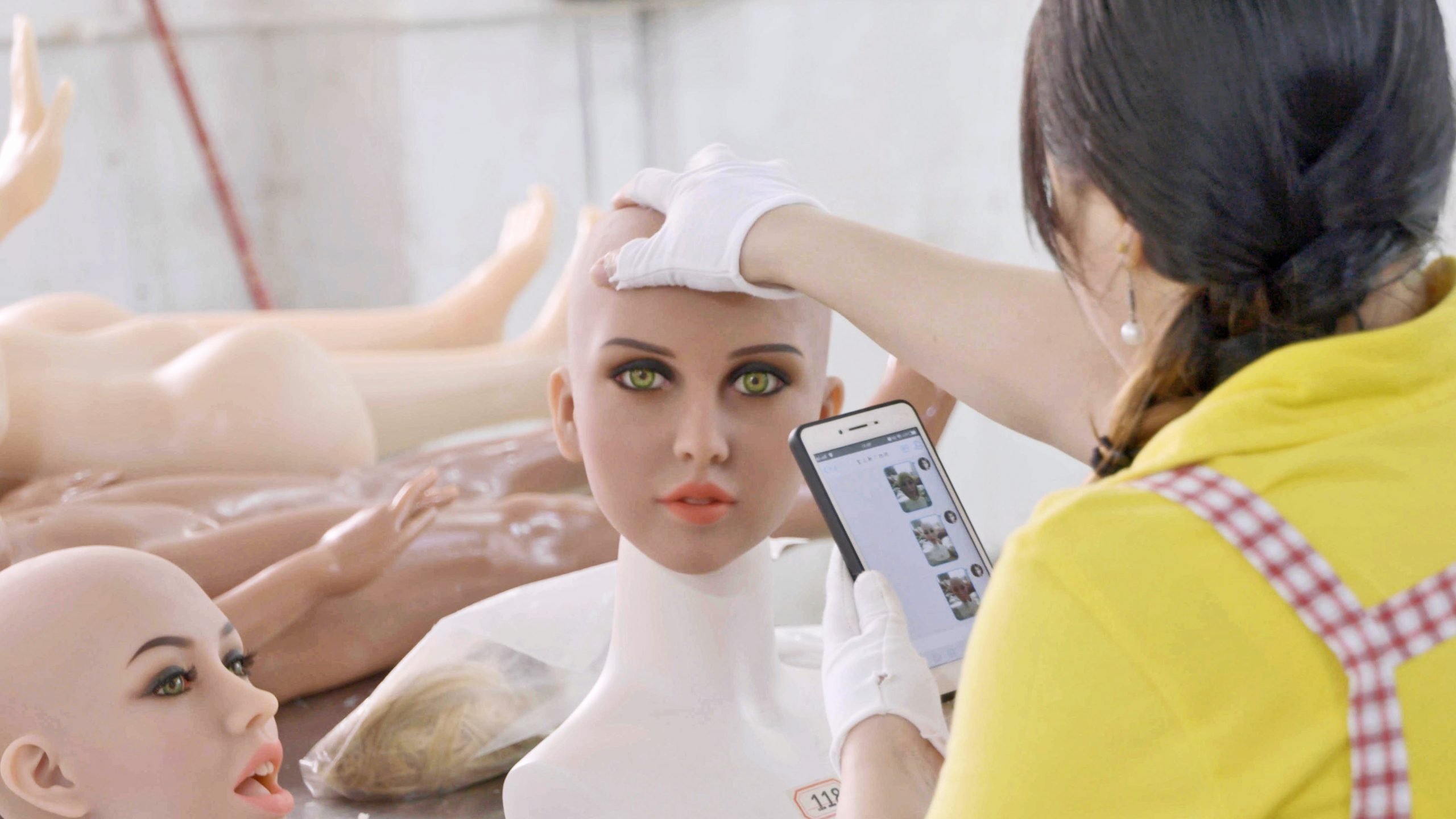 The moment where the movie lost me is in its exploration of the rich at the highest levels. Kingdon’s exploration of the hedonistic pleasures of the ultra-rich or the 1 % isn’t really as excess as you would imagine. Neither is it very interesting as its exploration of the people striving to reach there. The pretentiousness of the rich is captured well – conversations around the dinner table where one individual expresses how much he actually loves his country in the most simple naive manner, feel ironically calculated, and fake.

It’s the juxtaposition at certain moments – one gardener trying to maintain the grass while a photographer is taking pictures of a model for a magazine is when Ascension truly shines. Presenting us with the age-old question of whether striving for “the Chinese dream” is worth it. Kingdon also presents us with a thesis statement of the loss of humanity as the social ladder is climbed upwards, and circumstances start to become more surrealist and absurd, almost dystopian in its depiction of the massive recreational spaces.

At its core Ascension, the movie is about the exploration of the humanity and dignity of the worker, even as the system in which the worker resides, forces them to go through circumstances of indignities that sometimes border on being absurd. The creation of lifelike dolls, the painting of parts of the body, is creepy, weird, and downright absurd. A seminar on how to hug people during business meetings, and other such circumstances like a live streamer’s continuous ask for likes, comments, and subscription, even offering benefits in return are only a few instances. If looked at through the big picture, they feel odd, demeaning, tiring, and even funny. 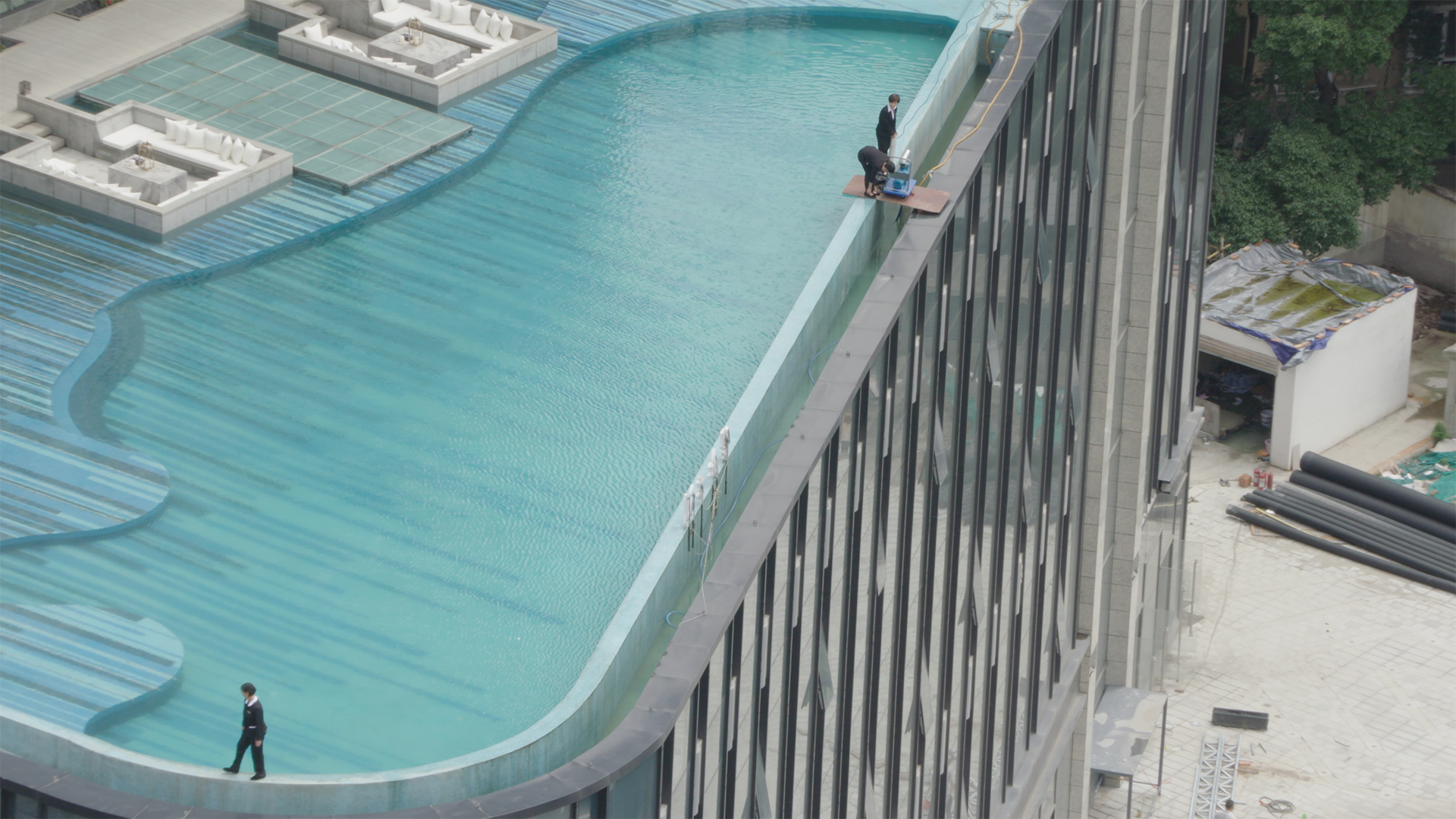 It’s the last shot of older men and women swimming together in the lake which haunts me. Earlier in the movie, one worker comments to the other “Doesn’t matter if we are rich or poor, we all grow old.” The inevitable follow-up is not being spoken off, but keenly felt – “we all die”. This again begs the question, “Who is this Chinese dream, American Dream really for? A few lucky people on the shoulders of many?”

Ascension somewhat answers the question, but in trying to showcase how much of a worldly affair this entire system actually is, it somehow loses the distinctive flavor that a country like China possesses. Or maybe that isn’t the film’s fault; this homogeneity might be a fault of capitalism as a whole. Who knows?

Ascension [2021]: ‘Tribeca’ Review – An impressionistic look at the tendrils of Capitalism in all levels of social operation in China