If the title, premiering at Slamdance Film Festival this year, reminds you of Noah Baumbach’s Frances Ha (2013), chances are that you are not alone. But Hannah Ha Ha – the modest, quietly stunning debut feature written and directed by Jordan Tetewsky and Joshua Pikovsky stands far apart from that quirky coming-of-age dramedy. Hannah Ha Ha, in retrospect, is resolutely situated in its countryside origins and is certainly opposed to any coming-of-age space. Still, the title resonates the character-driven narrative in a warm, welcoming manner- one that is concerned yet removed just as much for its own growth.

Hannah Lee Thompson gives a moving turn as the titular character whose struggles seldom find expression. She lives peacefully with her father, attending their farm: a beautiful scene early in the film finds both father and daughter enjoying the tomatoes on their farm. Directors Pikovsky and Tetewsky- who also shot the film, paint the palette with a lush, endearing glow- it almost smells like the sun, and during the later, more diluted parts, feels painfully detached in its warm afterglow. It’s set predominantly in the house they live in, in the countryside USA, with a deceptively small cast emblematic of an entire generation, Hannah Ha Ha turns out to be a tender ode on living off the grid, a lifestyle that thrives on sustainability and community service.

Related to Hannah Ha Ha – We are Living Things [2022]: ‘Slamdance’ Review – Aliens searching for Aliens while dealing with existential alienation

The directors take time with these characters- parceling out information with immense restraint and care, never lurking behind to find big dramatic arcs or heavy-handed showdowns. The entry of Hannah’s brother Paul (Roger Mancusi) into the familiarity of their mundane lifestyle is what shifts things for the household. Hannah replies to his brother’s advice to look out for a job like people around here, with sardonic preciseness: “I think it’s just you and your friends.” Still, she gives in to the same and starts to look out for gigs here and there. It leads to awkward interactions in the city, for which she has to take the train and return back within the same day. Finally, she does land an offer at a local food getaway, learning how to make burgers on the shift. 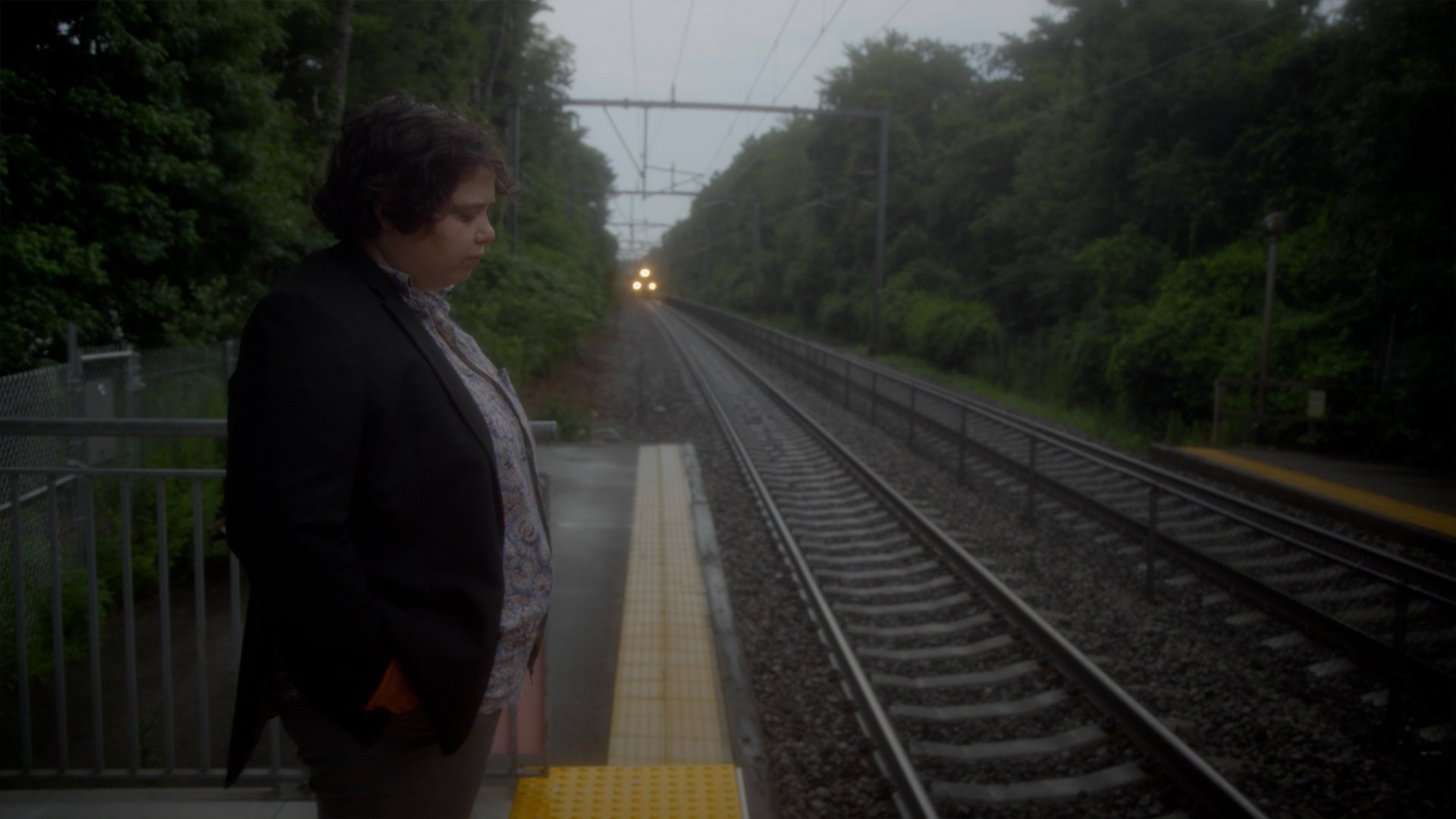 At first, she does not know what to make out of her newfound departure from her unhurried, laid-back lifestyle. She is quick at it, and cycles her way back and forth from work, while her father idly makes his way through the house (and occasionally finds himself in unwanted pastures.) Hannah’s intentions are never out there for us to note- and thankfully so, as it gradually develops into a case of responding to the difference between what she is saying and what she is thinking. Even if she has issues with her image, we aren’t really aware of it. She shields herself all too well. There’s a thoughtful scene later in Hannah Ha Ha when she is simply looking at the folks outside her shift- people existing in their own lives, each in their own ways. Perhaps she realizes that her ideals of existence lie somewhere else entirely, that she has her own reasons to live. She knows what gives her inner peace, at the end of the day.

The aspect that falls short for Hannah Ha Ha here is what feels like bare scratching of the surface. Even if it works as an empathetic portrait of a certain American section, every character scrambles in the lack of raw emotion that holds them together. The restraint in never peaking with dramatic turns is finely judged, but Hannah Ha Ha never assembles the atmospheric unpredictability that surrounds these characters. One wishes Hannah had more to the picture, that her stubborn eye to the world lifted off some weight off her. Given the equitable runtime of 75 minutes, the central father-daughter relationship could have developed. Even with the quietly affecting turn that Thompson provides to the narrative, there is still so much of Hannah left unexplored. Hannah Ha Ha ultimately returns back to its humble roots of a life untouched by capitalism, with its headstrong rejection of a system giving way to the promotion of another. It’s a reminder of the difference between want and need, in a world desperately trying to leave marks wherever possible.