Boxing movies are essentially the same. Throughout the annals of moviemaking, boxing has been used as a metaphor for a fight against life. When battling with life, one never expects fair play. Thus, in boxing movies, the spectator enters the cinema expecting to see poverty, politics, and extremities in the play. “One Second Champion”, the solo debut feature of Chiu Sin-Hang, is no exception to the rule.

As a child, Chow Tin-Yan is seen to have a remarkable ability. He was lifeless for one second at birth and in return received the skill to predict the future, one second from the present. While the talent provides him with a spot at a television show, he soon deems it worthless and continues to a world of mediocrity and poverty. Nevertheless, an alternative soon opens up for him when a luckless boxing instructor, impressed by Chow’s skills at a scuffle, tries to recruit him as a sparring partner.

“One Second Champion” takes cues from the acclaimed boxing films that shaped the genre. The resemblances with multiple installments of the “Rocky” franchise are prominent, and it seems that the film desires to be a contemporary, smart variation on the tropes that the franchise made fashionable all over the world. It features gnarly training scenarios, battle against deprivation, emphasis on loved ones, unfair barriers, and vast willpower absorbed into a medley and molded into a traditional three-act structure. An entertaining moment induces recollection of the extraordinary boxing scene of “City Lights” (1931). 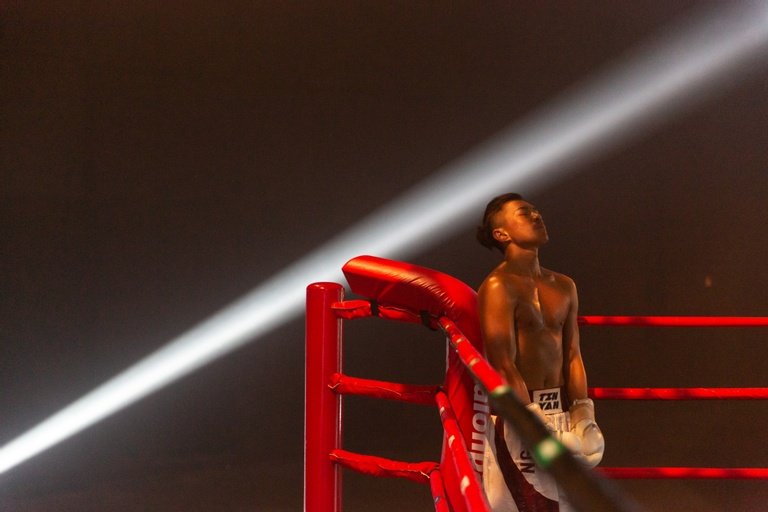 The spectators get a kick out of the stylish production design, elegant expression, and an acute awareness of glamour fastened to the spotlights of the world of professional boxing. Impressive is the performance of the cast as a whole. Not a single actor falters in their performance. Endy Chow, playing the sympathetic protagonist, is the star of the show, but one can hardly move their eye off the clever performance by the young Hung Cheung-Lok. The director stars in a major role, the initially hopeless boxing coach Yip Chi-Shun, and he enhances his debut with an incredible performance. Lin Min-Chen plays the only significant female personality, and she does not disappoint.

Also, Read – The Best Sports films of all time

Every boxing movie tries to separate itself from the rest by adding a unique theme or idea. “Tokyo Fist” is a blood bath, “Fighter” a story of and against discrimination. “One Second Champion,” too, has its personal touch through the topic of one-second foretelling. In a realm of illegal means and borderline illicit small-mindedness, the screenplay provides the protagonist with an unnatural advantage.

The spectator may contemplate if this advantage makes the protagonist an unjust drifter, or if the power shall boomerang to bite him on his tail. This concern, unfortunately, does not lead to much intrigue. After all, “One Second Champion” is a conventional and guarded three-act movie. The guarding is acceptable as it provides the screenplay with structural insurance and all but ascertains a delightful watch.

The relationship between Chow and his son is one of emotional noteworthiness. The presence of family in the audience boosts certain sportsmen in real life, and overexposure to the routine in sports movies do not hamper its impact. The relationship is presented in a carefully designed pattern, focusing on disabilities of varied kinds and gradually moving towards the essence of heartbeat, the truest trace of morale. The most substantial letdown is in certain characters being caricatures bound by traits. Someone like Nobuhiko Ôbayashi would have been creative enough to use spoofs to intensify trauma and impact, but Chiu is not one of that kind. 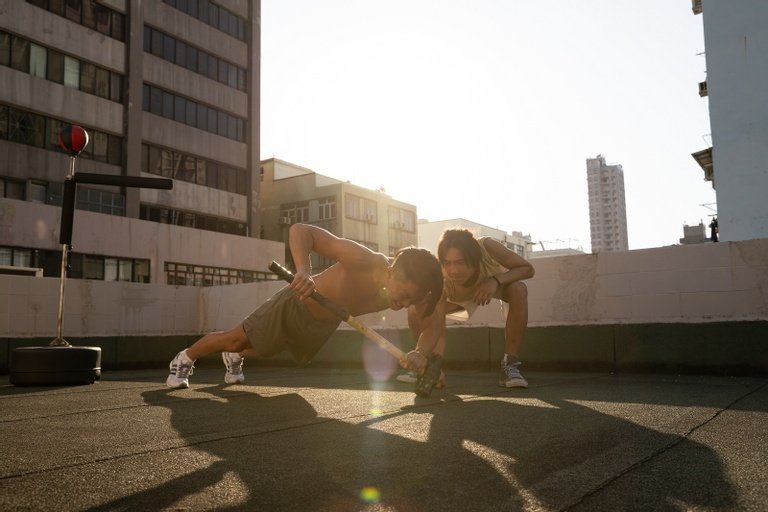 Boxing scenes make or break a boxing movie. Films like “Kids Return” can get away with subpar in-ring sequences as the focus is elsewhere, but even then it refuses to take that risk. If “One Second Champion” is highly dependent on one aspect, it is in the sequences taking place inside the ring, and successful they are in achieving perfection. Dramatic, anxiety-inducing and realistic, it provides a detailed, genuine sensation of watching fights in the ring.

“One Second Champion” is a traditional sports entertainer that manages to achieve its goal: entertainment. It contains sporadic touches of fantasy to deepen a connection between the viewer and the supernatural courage of pugilists. It is a boxing movie with method and flair and it will be difficult to come out of it disappointed.