In his debut feature Maborosi, Hirokazu Kore-eda dissects the post-loss period of an individual’s encounter, recognition, and eventually, settlement with grief. He adopts a very patient, observational gaze to understand every microscopic aspect of the process than the outcome because it is this period that changes people instrumentally. More often than not, the raging turmoil inside a griever is never emitted to the outside world and the quiet itself becomes quite alarming, like the beacon of a storm. Maborosi is a landmark feature in Kore-eda’s career because it was his first shift from documentary filmmaking to fictional cinema and at the same time, it established his humanist gaze. In the shape of a strong complementary feature to Maborosi, Yoon Dan-Bi’s debut feature Moving On dissects the pre-loss period and manages to talk about grief, conflict, and struggle in the realm of a sweet summer family film.

Okju and Dongju, played by Choi Jung-Un and Seung-Jun Park respectively, move into their grandfather’s house for the summer vacation along with their divorced father and get accompanied by their aunt as well under the same roof. In a completely new house within a new environment, children find themselves a pandora of opportunities but also detachment. While Dongju, being the younger one, adapts comfortably, Okju struggles to come to terms with her teen angst, resource scarcity, and need for exclusive space. Like every other child, she is also at the time of her life where romantic validation is imperative to her wellbeing. An empathetic but anxious teenager who is burdened by the world’s obsession with aesthetics, traumatized by her past, and constrained by the lack of financial autonomy. Dongju is too young to hide complex emotions and plot his way around. He is too young and pure, bursting with energy, love, and happiness. Looking out for her sister, as well as everyone else. And despite all their bittersweet arguments, siblings stick to each other.

The film revolves around a working-class family that has seen its share of tumultuous relationships and dysfunctionality. The only oar to their slowly moving boat in the stormy waters of a rapidly deteriorating world is their love for each other. But love isn’t antidotal to the monotony that is brought upon by the lack of motivation, and poverty. Poverty is the primary factor of congestion they feel in all walks of life. But there are tender moments in the film like there are in life. It is exciting to witness the patience and compassion with which Yoon Dan-Bi directs the sequences of daily life involving cooking, talking, sipping on a beer, and gardening. Moving On often becomes reminiscent of Still Walking in its tenderness. It is so soft to the senses that you feel happy about the idea of experiencing this film. 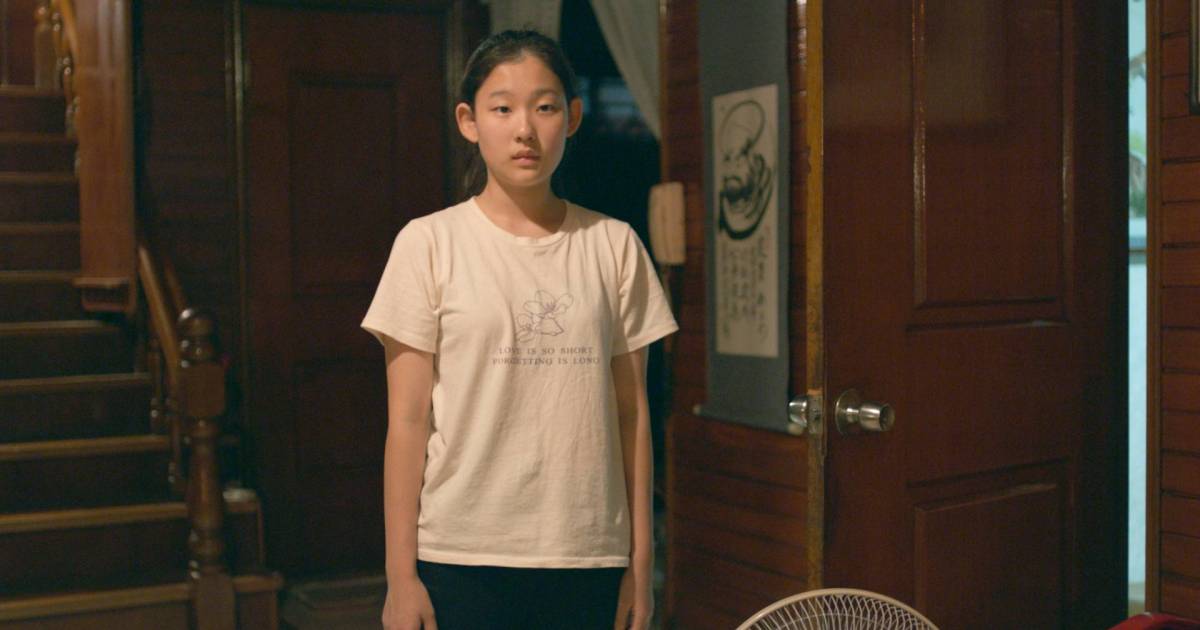 Another overwhelming aspect of Yoon’s direction is how she lets her screenplay progress from one event to another. She somehow finds time to engage in routine activities even though the narrative has a lot of things to talk about. And she manages to talk about everything with no incoherent or inefficient establishment of scenes. She is meticulous in the distribution of screentime for each sequence.

Choi Jung-Un and Seung-Jun Park deserve all the applause in the world for their performances. They manage to create unique personalities for their characters and reflect their turmoils as well as their motivations ably onscreen. It is a pleasure to see child actors outperforming their senior colleagues, who by no means are underwhelming themselves.

Also, Read – If Beale Street Could Talk [2018] Review: Go Listen To This Film

Moving On is an important coming-of-age film. Even though it occurs in a very small time period, you can feel the growth of your characters. It doesn’t try to manipulate the audience into feeling the dread of an anticipated mishappening, nor does it try to get them engulfed by sorrow when they lose something dear to them. There is an attempt to make the audience a participant member of the family but also, a simultaneous attempt to keep them at a bay so that they do not their sense of individuality. The more important thing is to make them feel an association with the characters and encourage them to find memories that are identical to parts of the film. This is a film an aspiring filmmaker in me wishes to make.

Yoon Dan-Bi has arrived with a remarkable film that, even though a gentle reminder of Hirokazu Kore-eda’s family dramas, has a unique voice of its own.

Why Classic Games Tend to Translate to Better Movies