Ghost Stories Netflix (2020) Review: The biggest challenge faced by studios and directors helming horror projects is that their audience usually commences watching such content with the resolution that they will not get scared. There is no need to worry about making such a resolution here as this 4-part anthology titled Ghost Stories has the ability to unnerve and spoof you in parts. Unfortunately for horror buffs, it will not scare you. Ghost Stories Netflix didn’t scare me (now that’s a big turn off for anyone wanting to start 2020 with horror night). Three episodes did manage to be creepy to some extent, but a few flaws prevented them from being elevated even further.

The issue with the short films in the film titled ‘Ghost Stories’ is that none of them have individual titles, neither do they have ghosts in the stories. What actually should have been four separate episodes is presented as a feature film with four parts. This led me to question the credibility of each episode as a whole. Two episodes led me to question the absence of the ghosts the title promised us.

Related to Ghost Stories Netflix (2020): The Radical Love in Aamis

Why was it presented in this manner? Was it to avoid allowing audiences a chance to read reviews of episodes. Thus enabling them to pick and choose what suited them best? How would it be if Black Mirror came out with all 3 episodes as part of a two-hour film? Sorry Netflix, but kind people would surely post the exact timestamp at which each director’s short film commences (I won’t) along with the expected opinions and summaries.

There are no jump scares and the atmosphere isn’t elevated to a level to give the audience sleepless nights. This isn’t due to consumers of this genre being desensitized to it, but because Ghost Stories  (Netflix) genuinely isn’t scary enough. There is the criticism leveled against the overuse of jump scares in the horror genre. However, the issue in this production is the lack of it in some episodes. Some jump scares do lead to a very scary moment, but even that is chronically absent from this film. One doesn’t respond to criticism of overuse by complete elimination of the element right?

P.S. Will talk about the episodes now, so please turn away as any minor thing could be a spoiler. 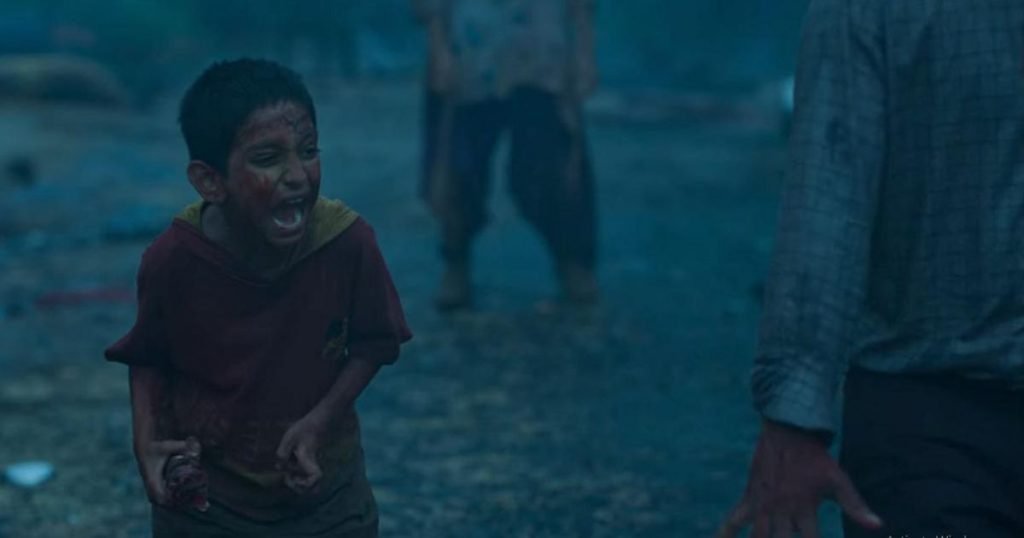 The other episode I spoke about was the third one directed by Dibakar Banerjee. It is heavily inspired by John Krasinski’s ‘A Quiet Place’ and is quite sick to watch. Make no mistake about this- I have no aversion to monster horror. However, some scenes made me want to puke (yeah it was horrific in that manner). This is heavy on Zombie, werewolf and monster horror. I didn’t even get the point about its inclusion in an anthology titled ‘Ghost Stories.’ It has an open-ending that has the potential to drive viewers away.

We then moved onto Anurag Kashyap’s episode (the second one) which has supernatural elements and is eerily similar to Black Swan and other horror films. Anurag Kashyap’s film too doesn’t come under the “Ghost Story” category for me. It would work as horror.

The black and white here works beautifully as we focus solely on the story instead of getting distracted by the colors. It features Sobhita Dhulipala as an expecting mother. She lost her baby a few years back and makes up for the loss by caring for a schoolboy (it isn’t established that he is her nephew despite calling her aunty as in the Indian culture an elderly woman is always labeled aunty) Now as she is with child this boy’s affection and envy reaches dangerous levels.

Again. Where are the Ghosts?

The answer lies in the first and the fourth film. Quite frankly these helmed by Zoya Akhtar and Karan Johar respectively are the only entries that can fit under the film titled Ghost Stories (Netflix). The other ones would have worked under something called ‘Scary Stories’ or ‘Creepy Stories.’ 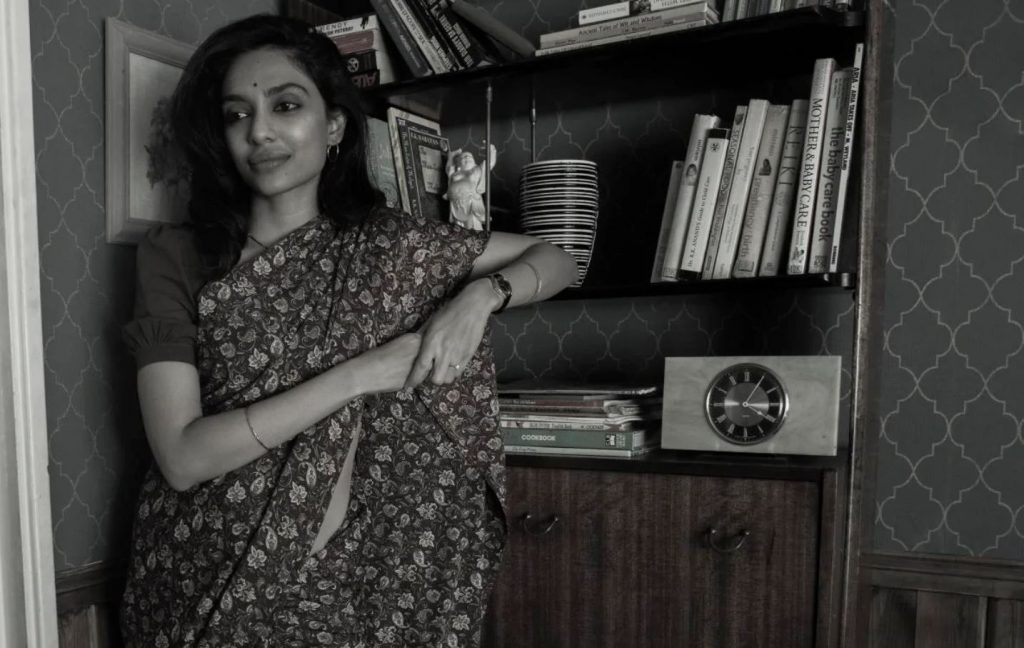 The first film focuses on a nurse (Janhvi Kapoor) who is assigned to take care of an elderly invalid. This installment has the usual production design of a haunted house with the dingy corridors dark rooms. Zoya Akhtar refrains from using jump scares for the sake of it. The edits used in the ending take away the thrill and ruin exactly what she was building up to. It did seem a tad predictable.

For Your Recommendation: Best Hindi Films of the Decade (2010s)

The intensity would have been maintained with a character’s POV shot. This would have had an impact on the viewers and they wouldn’t have been disappointed. Well… tried it another way to make the audience guess. Thus enabling them to go through the motion of things one would expect to see on screen in such a situation before they finally see it. But without the jump scare this episode just fizzled out.

In his episode, Karan Johar stuck to something he is familiar with. Just like in most of his films there is a big house, grand wedding, and bright colors, but here the song and dance sequence was missing. This installment is along the lines of Bollywood horror we have grown up with. You can think of horror movies set in a big house quite easily.

This entry ends the series on a high. It features a wealthy family with a son who seems unable to get over his departed grandmother. He faces opposition over this by his wife Ira (Mrunal Thakur).   I assumed that this was a play on Darren Aronofsky’s ‘Mother!’ when I heard the line, “she isn’t like the rest.”

The final film of Ghost Stories (Netflix) is just shy of 40 minutes. It gives us a lesson about why scoffing at someone’s belief could be injurious to well being. This one has horror and it has a ghost story.

All the episodes are made brilliantly and have all the ingredients for good horror. Unfortunately they aren’t used. Quite a shame. Just a few better edits and this would have been quite good. A step in the right direction? Yes, they have made some breakthroughs The ideas and the first and last episode are good. And how can one forget that awesome animated opening sequence? That sets the tone which isn’t maintained throughout.

Mr. Klein [1976] Review – The Illusion of Safety in an Apathetic World