The Sleepwalkers (Los Sonámbulos) [2019]: ‘TIFF’ Review – All About Family

The Sleepwalkers (Los Sonámbulos) Movie Review: Who hasn’t been in a tense familial situation? A get-together with many varying eccentric personalities. An atmosphere with much brimming tension. So much that has been left unsaid over the years. An occasion on which, if everyone present truly spoke their minds, it may rip apart the thin fabric holding them all together.

And yet, people rise above it. They put aside their grievances and squander their true feelings in favor of familial harmony. But when can one not suppress their own true feelings anymore? How much can one endure before exploding and being pushed over the edge? Family brings out the best and worst in people. It can be the biggest comfort and the most unbelievable burden. It can help alleviate your worries or blow them up tenfold. It’s messy and doesn’t always work.

Related to The Sleepwalkers (Los Sonámbulos) – Lucy in the Sky [2019]: ‘TIFF’ Review – Never Takes Off

The Sleepwalkers (Los Sonámbulos) is a skillfully made film that somehow manages to encapsulate all of this. It succeeds in this to the extent that you at times can even forget you’re watching a film. Moments feel so real that you feel bad to be “spying” on this family forgetting it’s a film. This is owing to convincing performances by the entire ensemble. Also, the “shot on location” real-life feel the film achieves. 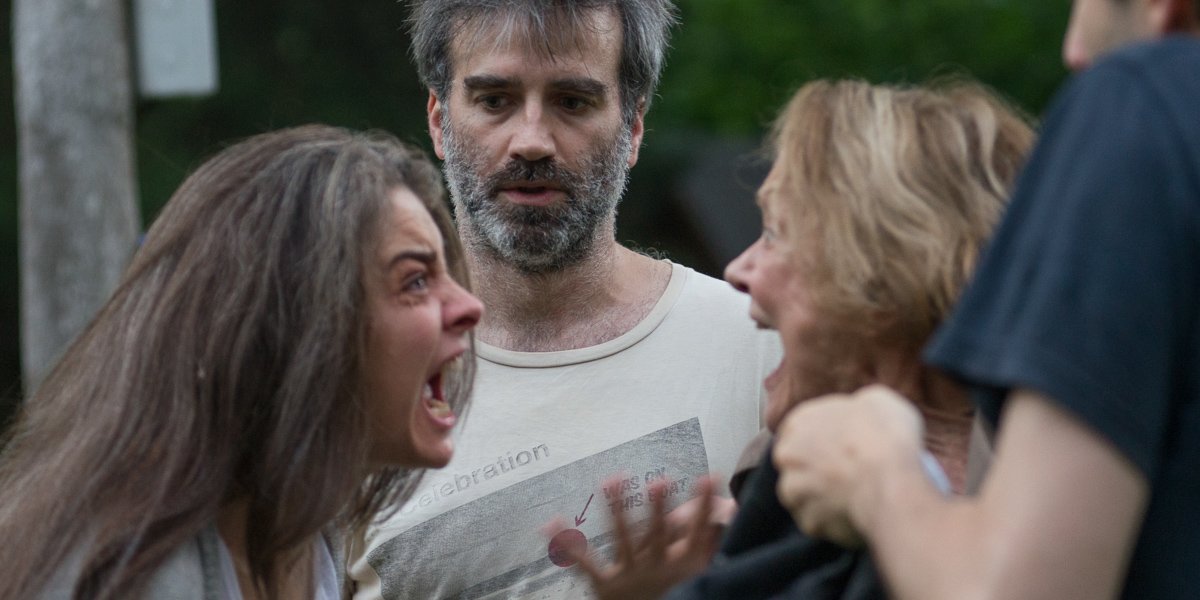 As the family in question comes together at a cottage for a couple of days to bring in the new year, tensions brew and unpleasantness threatens the celebratory occasion. The film centers around a mother-daughter duo at the core who find themselves at the receiving end of the more unsavory side of the family in various pressures and a lack of autonomy.

The script, cinematography and editing help capture these few days in relatable and real ways, almost to a detriment. A lot of the run time is comprised of uneventful sequences. These seem to be building towards something but don’t always amount to anything or pay off.  The first half takes way too long simply laying out the pieces and getting us acquainted to the characters. Only then is any of the tension or conflict between them introduced? Even then, after planting the seeds to many possible dramatic beats and confrontations, the script abandons them without follow up.

The climax is extremely unpleasant. I’m torn between whether it was a moment of shock that was earned or added in for the sake of being shocking. The film ends open ended and abruptly. It left me wondering about the future of the characters and how they proceed after the events of the film.

The Sleepwalkers (Los Sonámbulos) squanders its potential for being a gripping family drama. It takes too long to get going and then has multiple interesting subplots with no payoff. It doesn’t capitalize on the tension and possibility for conflict it creates. As a result, it’s a frustrating and middling viewing experience, despite the skillfulness of its execution and many positives.

The Sleepwalkers (Los Sonámbulos) [2019]: ‘TIFF’ Review – All About Family