The Shepherdess and The Seven Songs Review: Pushpendra Singh is a rarity in Indian cinema. Since his debut, he has kept himself grounded in the meditative arthouse style of cinema. Alongside the likes of Amit Dutta, with whom he has collaborated on occasions, Payal Kapadia, and Aditya Vikram Sengupta, Singh remains part of a fledgling number of arthouse filmmakers in the nation. Unfortunately, they hardly find an audience in their own nation, instead banking on the awareness created by a tour of the festival circuit.

His films are often based on folktales. “Shepherdess and the Seven Songs” is no different, being based on a Rajasthani folktale by Vijaydan Detha, the iconic author whose works have been adapted by the likes of Mani Kaul (Duvidha), Shyam Benegal (Charandas Chor), and Prakash Jha (Parinati). Singh himself is no stranger to adapting Bijji’s works; his debut was an adaptation of a Detha folktale. 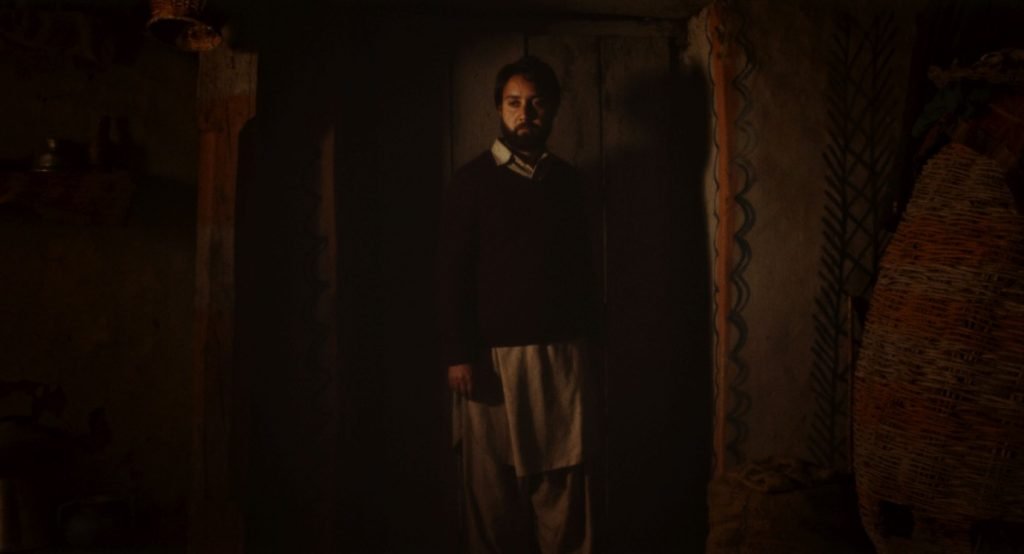 In a sparsely populated region of Kashmir, shepherd Tanvir is infatuated by the loveliness of Laila, who he learns has at times praised him. Tanvir takes up the tribal custom — involving picking up a large stone– and wins the right to marry Laila. The folktale-ish narrative then floats through seven chapters, each based on basic human notions such as marriage, realization, and attraction, thus the title.

After her marriage to Tanvir, Laila’s life remains turbulent due to the continual impediments created by the male characters, who appear to be as gullible as they are unwavering. Tanvir is merely interested in Laila’s exceeding beauty, and like a bull, he satisfies his beastly lust when he wants to. His world revolves around himself — to him cattle husbandry exemplifies manhood and obedience womanhood — and while Leila tries to wake him up from naivete, he seems to be a hopeless case.

Mushtaq, however, is a different breed altogether. He embodies authority and is a superficial antithesis to Tanvir, a simpleton. His advances are meretricious and his authoritarian inclinations provide him with an edge. As he has an ulterior motive behind pursuing Laila, he is unwavering and formidable. However, even Mushtaq evolves into a credulous, farcical figure out of limerence for the titular protagonist.

While Singh situates the film in the gorgeous Kashmir often described as heaven on earth, the international turmoil that has disrupted the sociopolitical and cultural spectrum of the region becomes a crucial part of the narrative. The state, through its deputies, tries to coerce the ancient, nomadic highlanders into existence of restriction. Out of desperation, a police officer mumbles a severe threat, and while the villagers are not present to hear it, Tanvir’s conversation with Laila exhibits their clear knowledge of helplessness. 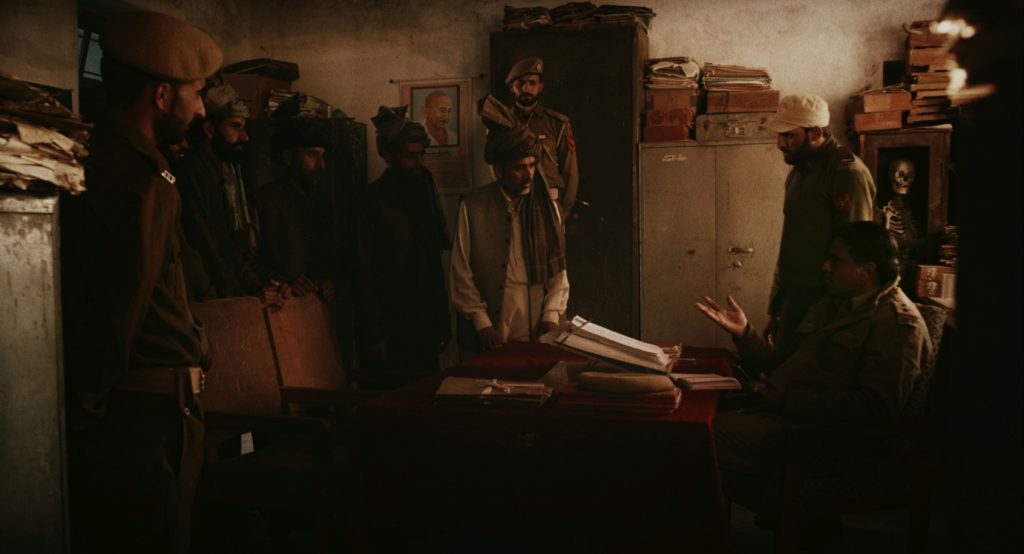 History has substantiated that the female members of a vulnerable society, tribe, or faction face multiple layers of oppression. The same happens to Laila, but she is sharp enough to fend off most troubles. She is, in Mushtaq’s words, a tigress, an anti-establishment heroine inadvertently conserving the autonomy of the entire tribe. However, at one point, she has to think of her personal sovereignty. When the spirit of feminine, sexual freedom grasps her, her worldview transforms, symbolized by a beautiful revolving shot of the canopy of a forest dominated by pine.

Related to The Shepherdess and The Seven Songs (2022) – Nervous Translation [2017] Review: The Cinematic Beauty of A Child’s Gaze

While the rest of the cast delivers competent performances, Navjot Randhawa’s stone-cold portrayal as Laila deserves applause. She is trapped within a dangerous game, but she rarely exhibits fear. Shahnawaz Bhat’s Mushtaq — he is, despite his prominent authoritative status, animated and comic — provides a farcical quality to the film.

Kashmir’s heavenly elegance also represents its courageousness. The film moves at a regulated, unhurried pace, letting Ranabir Das’s camera exhibit the uncountable facets of splendor experienced while looking at the Kashmiri landscape, especially the harsh mountainous terrain full of woods and sky-touching peaks. The regulated movement of the narrative also helps the spectator truly feel the harmful burden of patriarchy that Laila faces at every moment of her life, before and after marriage.

Laila and her acquaintances — the simple husband, the powerless tribe, the amoral envoys of the state — essentially behave as a microcosm for the current Kashmiri condition. Laila, with her incredible beauty, the magnetic allure of attracting tourists, and fierce free spirit — is Kashmir. This comparison adds more significance to a sublime climactic sequence.

The so-called “slow cinema” is highly dependent on the skills of the editor. The transcendental nature of films such as “Cemetery of Splendour” (Apichatpong Weerasethakul, 2015) and “The River” (Tsai Ming-Liang, 1997) occurs because of the careful selection and placement of shots. Samarth Dixit, an occasional collaborator of Amit Dutta, edits the film brilliantly. Music, important to a film with “Songs” in its title, is remarkable. Benedict Taylor and Naren Chandavarkar provide the instrumental portion of the soundtrack, and the vocal tracks include one sung by Randhawa.

“The Shepherdess and the Seven Songs” is an impressive addition to Pushpendra Singh’s filmography. He creates a unique slow-burn feminist work based on the Kashmir situation and maintains prominence on the geopolitical scenario without letting it surpass the construction of characters and the natural flow of the narrative.

The Shepherdess and The Seven Songs Links: IMDb

The Daughter [2022] 'MAMI' Review: A Chilling, Powerful Portrait of Death and Closure in Modern Socio-political landscape