The Toronto International Film Festival is nearly here for 2018, and for those keen on upcoming reviews of its featured films, there’s something new to consider: the festival has enacted a program that ensures 20% of the film critics who are given media accreditation are of an underrepresented group, notably women.

This comes from TIFF’s Share Her Journey program, which has also instated support for female filmmakers, and will dedicate a portion of its one million dollars for travel costs for underrepresented critics to attend the festival.

This attempt at generating more equity has been mostly positively received by the press, who believe that underrepresented groups being given a shot is a worthwhile cause. As much as it is, the identification of inequality in film criticism has been unsubstantiated, meaning the methods to eradicate such “discrimination” won’t actually eliminate the barriers that stop such inequality – they’ll only artificially yield desired results through quotas (a lazy, effortless, and unfair way of producing gender diversity).

When it comes to identifying the gender imbalance, the research has been horribly lazy in finding the reasons. The statistics that show how much men dominate the field of film criticism over women became highly visible when actress Meryl Streep publicly spoke up about it in the middle of 2016, citing the lack of Rotten Tomatoes approved female critics, and claimed this was “infuriating”.

As great as it would be to see higher gender diversity in this field of work, simply looking at these outcome-revealing statistics is not at all a conclusive way of identifying the actual causes of gender imbalance. Any kind of social change can never come from simply looking at one statistic, but a myriad of statistics to ensure the right amount of factors that cause this imbalance are being considered and that the correct barriers that cause this imbalance are being identified.

This whole equation of “there isn’t enough of y community in x workforce” is a completely low-resolution argument that needs to be immediately expunged from rational discourse. The barriers that stop any group of people becoming successful in film criticism, or any industry, need to be identified and eradicated as much as possible, but this form of employment equity is an egregious way of tackling the problem at its end result, not its source. 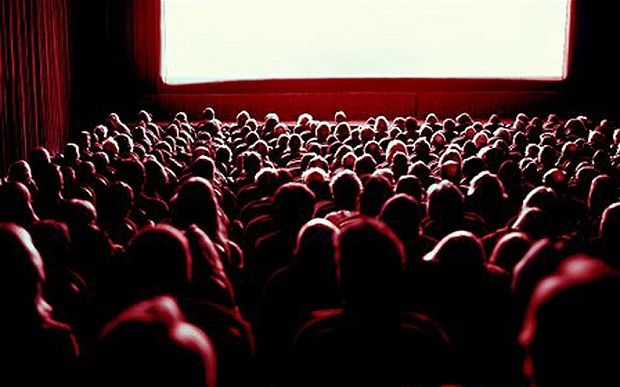 TIFF have clarified that the 20% of underrepresented groups will be added to their current critic line-up, rather than as part of it. Although this thankfully means no current critic will be losing a job or missing out on this festival, it doesn’t seem likely if TIFF would’ve added this amount of critics with no gender quota.

But the practise of gender equity is becoming more ubiquitous in many industries (but only the fun and high-paying ones), including the film industry itself and many film festivals like Toronto, and this workforce hiring system is soon going to be even more prevalent in film criticism. There are a number of underrepresented groups in this field or work, such as conservatives (who are more marginalised than women), but that doesn’t mean there should be enforced equity to ensure there’s proper representation of them as well.

Although there’s evidently been an issue with the prominence of male film critics and how they review female directed films, natural workplace diversity is better than forced workplace diversity. Supporters of gender workforce equity claim its existence is because of gender discrimination (a discrimination of which is never specified and seems to be imaginary), though if no barriers are actually stopping women from becoming film critics, then these quotas come across as demeaning and infantilising towards women, suggesting they need a step-up because they are inferior to their male counterparts.

Any group of people can make up 40% or 89% or 2% of any workforce if there really are no barriers stopping them or any other group from employment. If any underrepresented group feels they are at a disadvantage (ie socioeconomic reasons, disabilities, ex-convicts), giving them a leg-up should be done as they move into this field of work, not at the end result. It’s the easiest and laziest way folks can pat themselves on their backs for eradicating discrimination when they haven’t even tackled the problem at its core. No group of people deserves to be a film critic except for those that strive, and these kinds of people transcend simple identity politics.