Phoenix is above all a film about how children are forced to turn into adults, coping with a shattered childhood that results from parents failing to take responsibility. Camilla Strøm Henriksen's courageous first feature is a powerful coming-of-age drama with pessimistic overtones.

Phoenix is a decidedly dark and mature examination of the psyche of a teenage girl, who is forced to grow up too quickly in order to keep her family together. In the process of dealing with a mentally unstable mother and a father who’s never around, the 14-year-old Jill Vogler (Ylva Thedin Bjørkaas) has to face a series of harsh realities and make bold choices as a consequence, as she takes on the role of the adult in the household. The complex family dynamics that arise due to this untimely role-reversal become the focal point of writer-director Camilla Strøm Henriksen’s courageous first feature, a powerful coming-of-age drama with pessimistic overtones. Utilizing a minimalist production design and a moody screenplay where silence often speaks louder than words, Phoenix burrows deep into the adolescent subconscious without resorting to clichés and genre tropes.

Jill’s mother, Astrid (Maria Bonnevie), suffers from depression and substance abuse, living almost like a recluse inside their gloomy and dark apartment. Her only interest for the world outside manifests in the form of sudden impulsive dates with strangers, occasions when alcohol and men provide her with a temporary escape from an otherwise miserable lifestyle. Mood swings and verbal outbursts seem to punctuate her very existence, continually keeping Jill and her brother on the edge as they try their best to be supportive of their mother. Things seem to take a turn for the positive when Astrid gets a job offer, a prospect that brings with it a sense of life and hope for the family. In her own words, she wants to ‘rise like a phoenix, from the ashes’. All she has to do now is muster up the willpower and show up for the interview to secure the position. 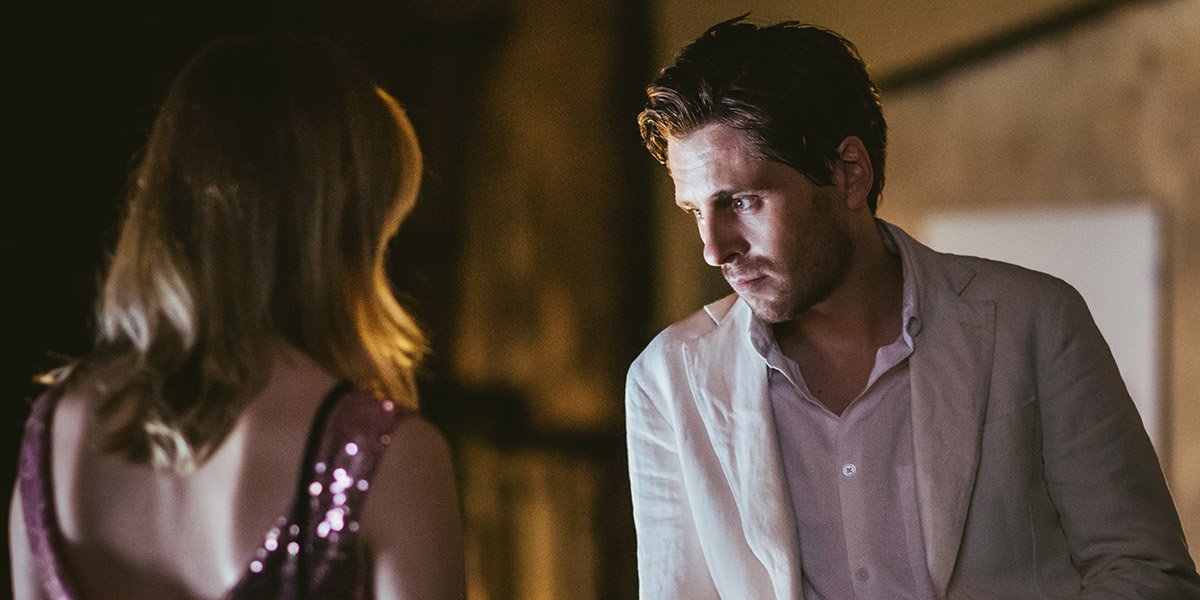 The children go beyond what’s expected of their age and help Astrid prepare for the interview. Circumstances have forced Jill to become the ‘mother’ in the family, making sacrifices along the way. She gives up her own birthday cake for her mom so they can celebrate her job offer instead and buys her a new dress for the interview with her own pocket money. Astrid doesn’t show much gratitude for the present and instead criticizes Jill’s choice, all of which she absorbs patiently instead of adding fuel to the fire. Phoenix is filled with moments like this that feel very familiar, except for the fact that it is usually the teenager that complains and gives their parent a hard time, and not the other way round. The children’s estranged father Nils (Sverrir Gudnason, who also played Björn Borg in the 2017 film Borg vs McEnroe) represents a beacon of hope for the dysfunctional family as he promises to visit them on Jill’s birthday. He’s a musician who travels the world with his band and his seemingly glamorous life feels like a dream in comparison to what his children go through every day. Camilla Strøm Henriksen’s script feels semi-autobiographical here as she too spent her childhood with a younger brother and a mentally unstable mother, while their father was absent from home.

The mother’s depression makes way for low self-esteem and she begins to doubt whether she’d be able to land the job. However, Jill is there at every turn, offering words of encouragement and brushing her mom’s hair to calm her down. She also has to look after her younger brother Bo (Casper Falck-Løvås), who understands to some extent but doesn’t fully comprehend the predicament of his family. But Jill’s troubles are far from over as tragedy strikes their life on the day before her 14th birthday, throwing their lives into uncertainty. Being the little adult that she is, Jill takes a bold decision to shield her family from the truth. And while the rest of the world is easily fooled, her little brother Bo doesn’t completely buy his sister’s deception. Jill’s resilience and resourcefulness carry them through, but at the cost of a childhood she never had. Her decision to bear the brunt of the misfortune all by herself starts to wear her down and the nightmares soon follow. She keeps seeing visions of a shapeless monster within their apartment, which is a manifestation of all the worries and dark thoughts plaguing her little head, as it slowly starts to take over the broken family.

The positivity and excitement that their father brings offer the kids some much-needed respite from the environment they are trapped in. Jill feels continually out of place amidst the happiness and celebration, as she suffers from the terrible knowledge that she keeps secret, yet nevertheless smiles through it all. But nothing lasts forever and soon circumstances lead the siblings to a desperate realization that they’d have to cope with their lives all by themselves, having only each other for support, ill-fated as they are to have parents who are always absent one way or the other – be it either physically or emotionally.

Henriksen and cinematographer Ragna Jorming use a lot of handheld tracking shots as Jill goes around the house, inviting us in to be a part of her harrowing journey which makes Phoenix feel all the more intimate. Mostly using natural lighting, the mood in each scene is accentuated by the careful interplay of light and shadow – the first act that establishes Astrid’s unhealthy influence on the household being shot primarily in low light, while the second act with their father is more optimistic and thus brighter and more colorful in comparison, before the duller tones return again in the final third to reflect Jill’s mental state. The father’s character is probably a little underwritten but that is more or less balanced by efficient characterization of the rest of the family. 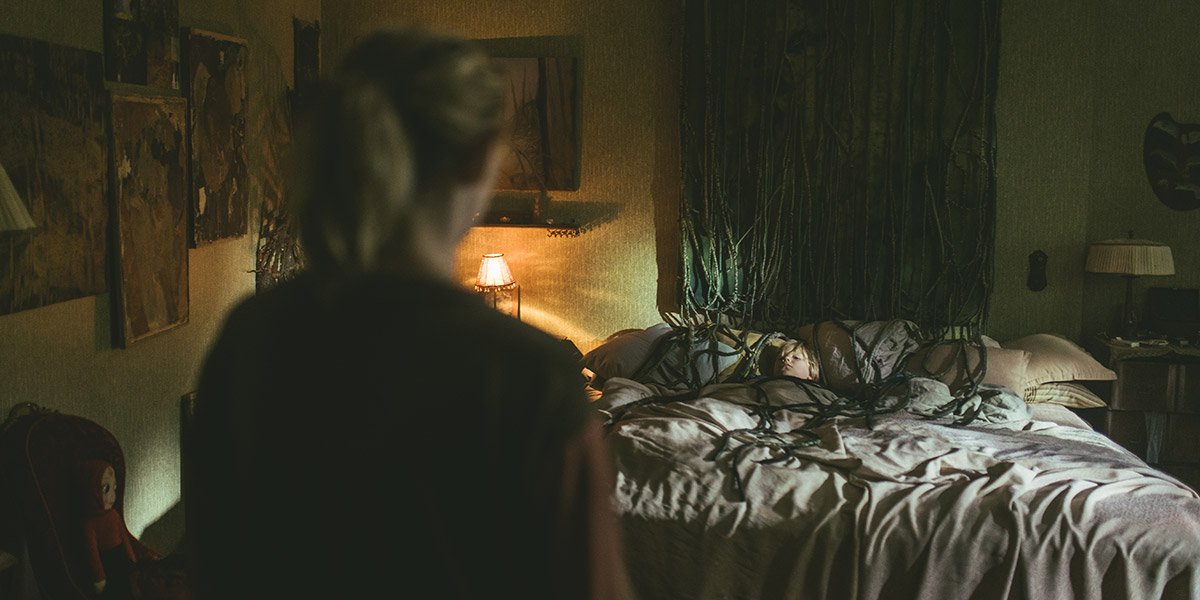 Phoenix is above all a film about how children are forced to turn into adults, coping with a shattered childhood that results from parents failing to take responsibility. The title refers to the evolution of its central characters who go through a terrible ordeal, which they manage to survive through love and belief in each other, and eventually emerge stronger as a result. Both Ylva and Casper feel very real in their roles as Jill and Bo, with the former displaying an incredible performance that belies the fact that it’s her debut film. Showing boldness in their vision and maturity in their craft, the filmmakers dare to take risks without ever losing focus over the central themes that resonate so deeply with every one of us.

‘PHOENIX’ WAS SCREENED AT THE 2017 TORONTO INTERNATIONAL FILM FESTIVAL.
CLICK HERE FOR OUR COMPLETE TIFF COVERAGE.

Eyes Without A Face [1960] Review: A Masterwork of Surgical Filmmaking

When not watching films or TV series, Shaswata can usually be found either reviewing them or battling writer’s block. His obsession lies with framing and composition in cinema, something he explores by capturing the most memorable moments through screenshots and sharing them on social media.