Swedish actor turned writer/director Tuva Novotny’s debut film Blind Spot is an unromanticised, unflinching look at a teen's mental illness without the rationale associated with it. Rather, it surgically investigates a family that is pushed to the brink of collapse after an unexpected devastating event. It's a layered family drama that unfolds like a puzzle, reminiscent of Asghar Farhadi's way of narrating a simple plot with layered complex subtext.

Swedish actor turned writer/director Tuva Novotny’s debut film Blind Spot is an unromanticised and unflinching look at a teen’s mental illness without digging deep into the rationale behind it. Rather, it surgically investigates a family that is pushed to the brink of collapse after an unexpected devastating event. It’s a layered family drama that unfolds like a puzzle, reminiscent of Asghar Farhadi’s way of narrating a simple plot with layered complex subtext. However, it falls short of capitalising on the front of mental illness and family drama. It doesn’t invest us emotionally into the morality of the subject.

The film leaves you cold. Nothing substantial to carry home and dig deeper into the subject. However, it will leave parents with a doubt if they know their children at all. It doesn’t drive you through the emotional trajectory grey area of the teen psyche, mental illness and family tragedy to empathize with the characters and understand the motive of their choices.

It’s not an easy watch by any measure. Shot in real time, having three long nerve-racking takes that never let the tension ease off, Tuva uses a hand-held camera that follows the characters to capture their intricate expressions and create relentless claustrophobia. The grief is reduced to a cliche but the film succeeds to make the audience care for the characters. 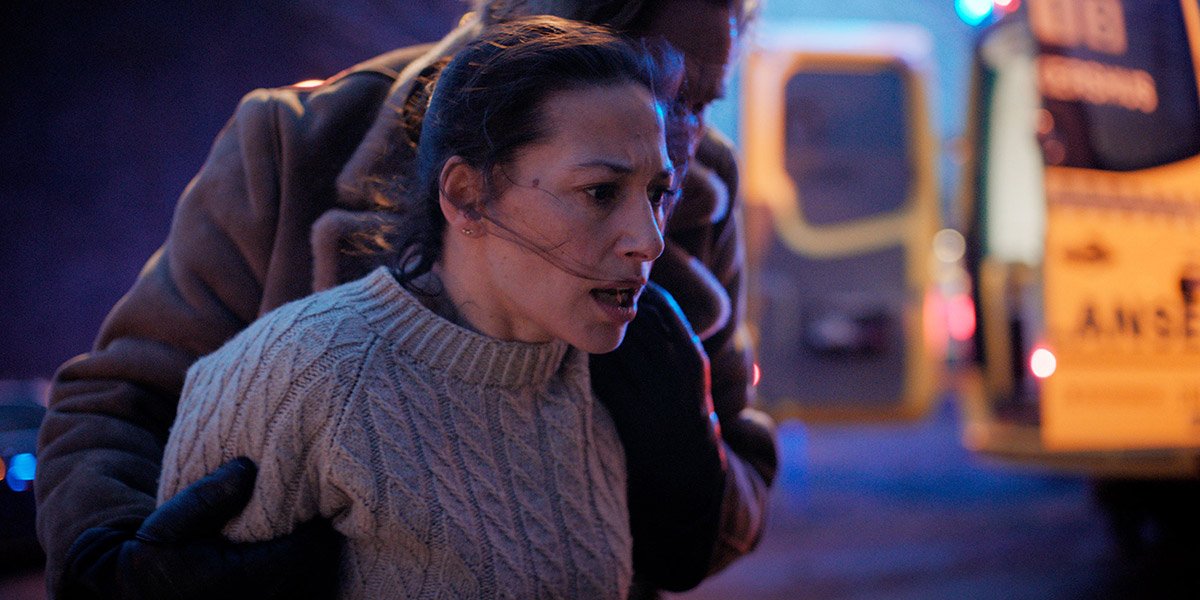 Tea (Nora Mathea Øien) is a regular teen who likes to maintain a routine and complete her homework to secures good grades in school. She seems to be a happy teenager living a harmonious life. One day, an unexpected catastrophe happens that calls everything about her and her family’s life into question.

The family assembles to tackle the situation and the crack in their family become apparent and air long-hidden secrets surface to haunt the family again. But by the end of the third act, the film appears less about a cognitive investigation into the teen’s mental illness and more about the mother who beings to question if she understands her child. It is singularly reduced to a mother’s struggle to understand her teenage daughter’s crisis.

Tuva Novotny’s ‘Blind Spot’ is a cathartic experience, an uneasy watch, an honest and brave attempt at studying the traumatic aftermath of the catastrophic event, even if the plot is muddled and grief is embellished.