“It’s no accident, I think, that tennis uses the language of life. Advantage, service, fault, break, love, the basic elements of tennis are those of everyday existence because every match is a life in miniature. ”
– Andre Agassi

If you know nothing about Tennis, and you have never watched Tennis, then perhaps, you have one more reason to see this incredible thriller drama “Borg vs McEnroe.” Now, the question is, why thriller, even though it’s a sports film, based on Tennis. The showdown, the ultimate finale between the perfect arch rivals – a baseline Swedish player ‘Björn Borg (Sverrir Gudnason)’ and an American net rusher ‘John McEnroe (Shia LaBeouf)’- is nothing less than a nail-biting, edge of a seat thriller that sums up the above quote by Andre Aggasi.

Every service, every point, every game point has been exhilaratingly shot with the nerve-wracking tension that will keep you on your toes. The mounting pressure with each serve falling inside or outside the court, anxiety, and nervousness would make you experience uncomfortable drill down your psyche, and create claustrophobic mystery gradually inching towards the climax to such an extent that your pounding heart would be in your mouth. 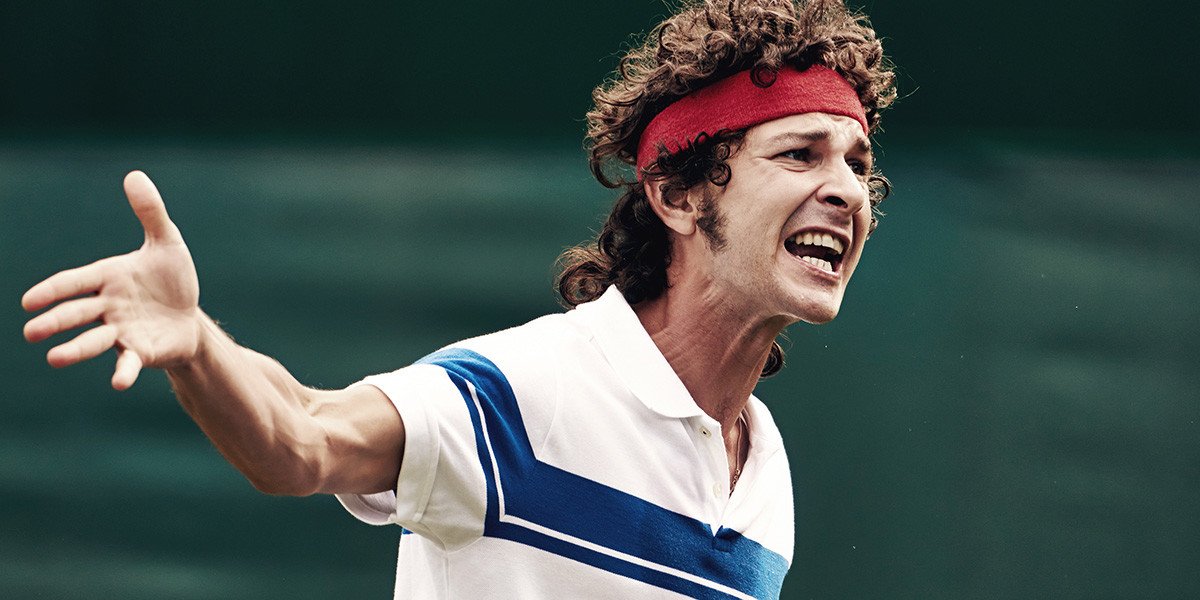 Sports drama usually suffer from the predefined template-based pattern due to lack of vast narrative spectrum to experiment with. You pick any sports drama, and customarily, you would find an underdog going against all odds to prove himself or others undermining his capability, or you see the rivalry of the greatest sports players. Though Borg McEnroe falls in the latter category, Swedish filmmaker Janus Metz Pedersen and writer Ronnie Sandahl explore the psyche of both the lead characters, constantly digging back into the childhoods, while aggregating the focus on “the IceBorg versus the SuperBrat” finale of 1980 Wimbledon Championships.

Björn Borg is chasing his fifth straight Wimbledon Title, a world record, if he wins. He is cold, unresponsive like a walking robot, with not even a twitch in his facial expression when he is out there in press conference or court. When asked by reporters how he felt that he could create history by winning the Wimbledon 1980 title, he replies impassively,”No special feelings.”

He is superstitious and has meticulous control mechanism over his anger. But away from all the hustle & noise, naked to his true self, there is a brewing inner turmoil at the centre of the fulcrum, constantly biting him inside out. In the flashback, we learn about his hysterical temperament and poor sportsmanship attitude that almost cost him his career in his early days. Until he was taken under the wings of coach Lennart Bergelin ( Stellan Skarsgard) who taught him to channelize his anger and get one point at a time.

John McEnroe is unpredictable and volatile, considered to be Borg’s worst nightmare. He is petulant and vulnerable. A volcano of visceral emotion.Constantly running into arguments with umpires. Hated & booed by the crowd for his temperamental issue, on and off the court. We are not elaborately shown about his childhood.

His screen time is merely reduced to the interviews and on-court play, but there is a good reason for that. In one of the scenes, when Borg is watching McEnroe’s tennis game with his wife in a hotel room, and McEnroe starts doing his usual antics of name-calling in the court. It is in that moment Borg is hit with an epiphany. He mirrors his own childhood and brushes off the general consensus about him losing concentration quite often in the court.

“Borg McEnroe” draws a parallel between the two greatest players. However different they appear in their extrinsic characteristics, however contrasting they seem, but by the end of the film we realise how indistinguishable they are; driven by absolute passion, to an extent of madness, while not supported by their family, committed to their craft, flickering steak of achieving the sky is imminent. Though Borg could mute his rage and channelise it for his own good, he could see his reflection in McEnroe’s foul-mouthed tantrum character.

The sharp and kinetic editing rendering the relentless appeal, unblemished period design, muted colours, exquisitely shot and stunning aerial photography, all helps to suspend all disbelief that we’re watching a sports film. Shia LaBeouf and Sverrir Gudnason are so committed to the intricacies of the characters, be it their outward appearances or psychological struggle, that as the end credit rolls, we take them as Borg McEnroe for real. 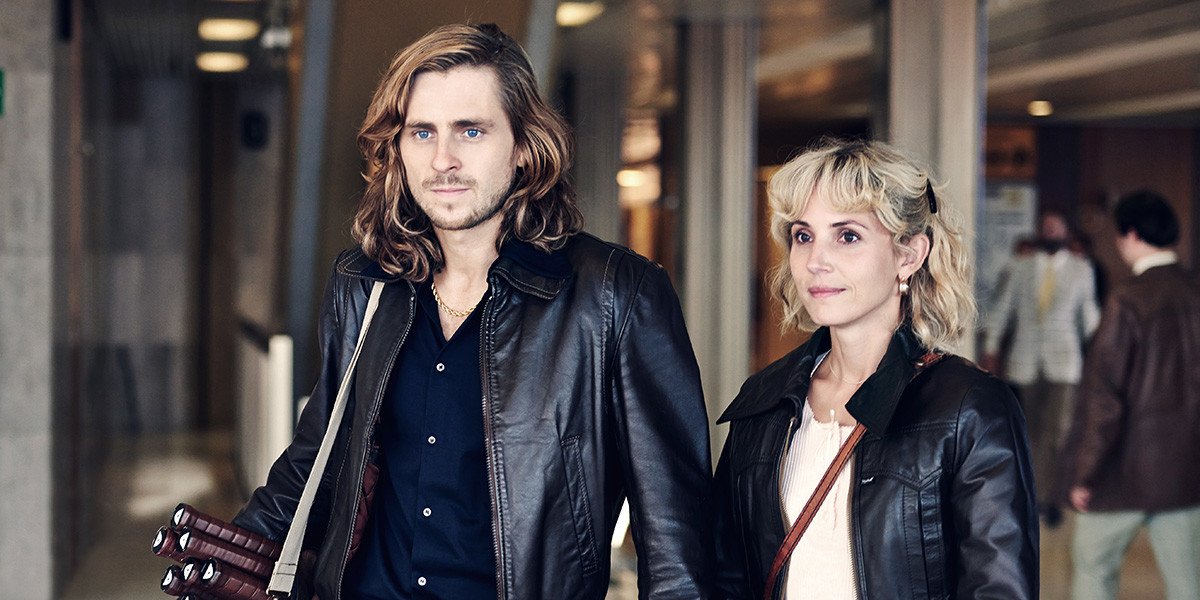