With most good critics prematurely releasing their 2019 Best of the Year lists (before the year has even come to a close and they clearly haven’t seen all the films they wished to yet), now seems like a grand time for my 2018 Best of Yesteryear list. I’ve had a whole year to catch up on all the films that I thought maybe worthy of finding a spot here within my top 10 – and some of them, seen only in this year, have made an appearance.

With days worth of 2018 films now passed through my eyes and ears, I can safely say it’s been a pretty good year for cinema – not great, but good enough, but not as great as 2017 and not even as great as 2019 (whose films I’ve seen much fewer of). Going by release dates in any country (though not counting festival releases), here’s my top ten of the year, plus some runner-ups that I’m bummed out didn’t quite make the cut, as well as the worst of the year (that may or may not contain some controversial picks). 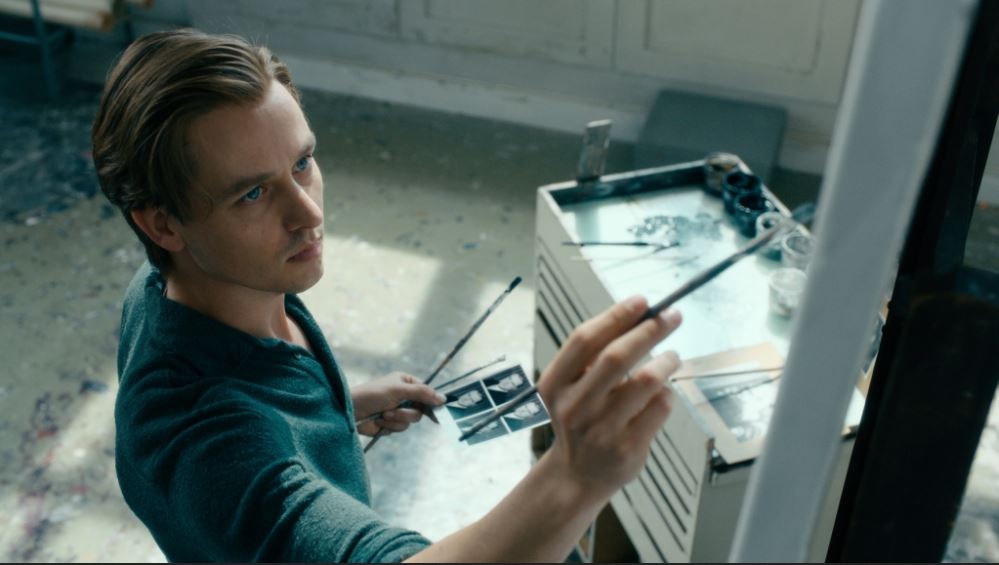 An incredible entry in the WWII genre, even though the majority of this film takes place after the war, but deals with its aftermath and how the characters operate under scrutiny, secrecy, and in a newly divided Germany. Kurt is a young man who wishes to break away from the socialist realism paintings he’s so good at and work within post-modernism, which could provide a way to comment on his own unusual and heart-breaking experience in the war. The film’s original German title translates to ‘Work Without Author’, which is a flimsy reference to the film’s ending, whereas Never Look Away (spoken during an integral moment early on in the film by Kurt’s sister) evokes this powerful film with a better understanding of taking in our troubled histories and rendering them through art – just like Kurt does and just like this very film does.

9. Sicario: Day of the Soldado 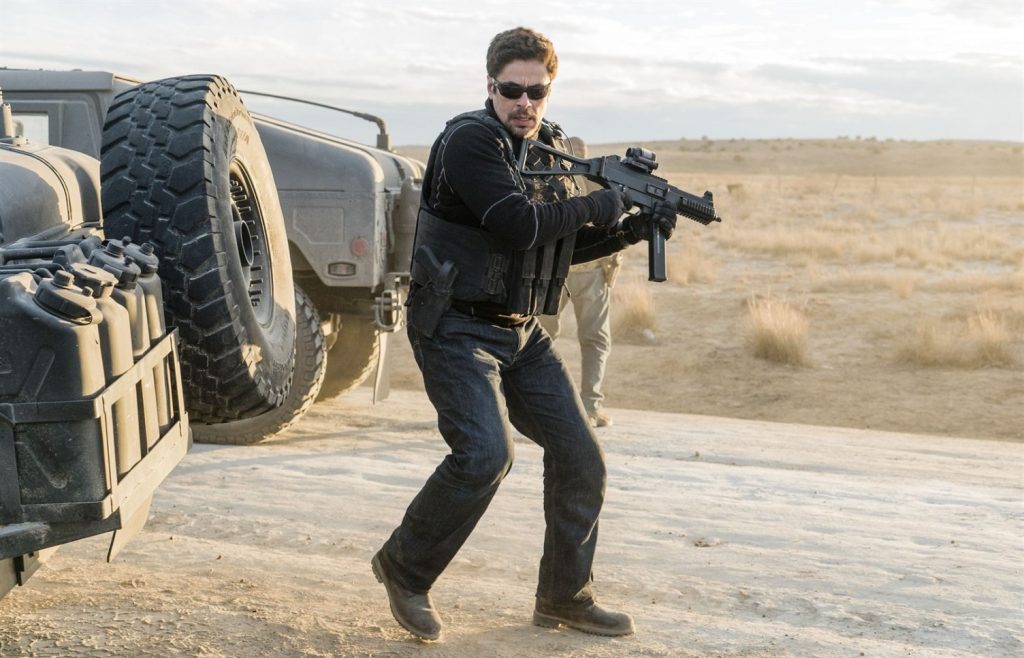 There aren’t a lot of folks claiming that this sequel was superior to the 2015 Denis Villeneuve original, but I’d be in that small minority because of what Day of the Soldado gets so right that Sicario struggled to achieve – have as much of a Mexican perspective as an American one. Day of the Soldado switches between its two storylines: Gillick represents the Mexican side, as he attempts to bring the young daughter of a slain kingpin across the border, while CIA officer Graver tries to hunt him down. This dual perspective was mishandled in the predecessor, with so much time given to these two characters (both previously on the same USA team), but with minor character, Silvio has delegated the Central American perspective, whose character arc was unsatisfyingly minimal. As good as the original was, containing tenser action set-pieces and better cinematography than this new one, Day of the Soldado is grittier, ballsier, and has a more expansive scope that covers this story of the border, particularly as it’s gotten more complicated in the years since the original. 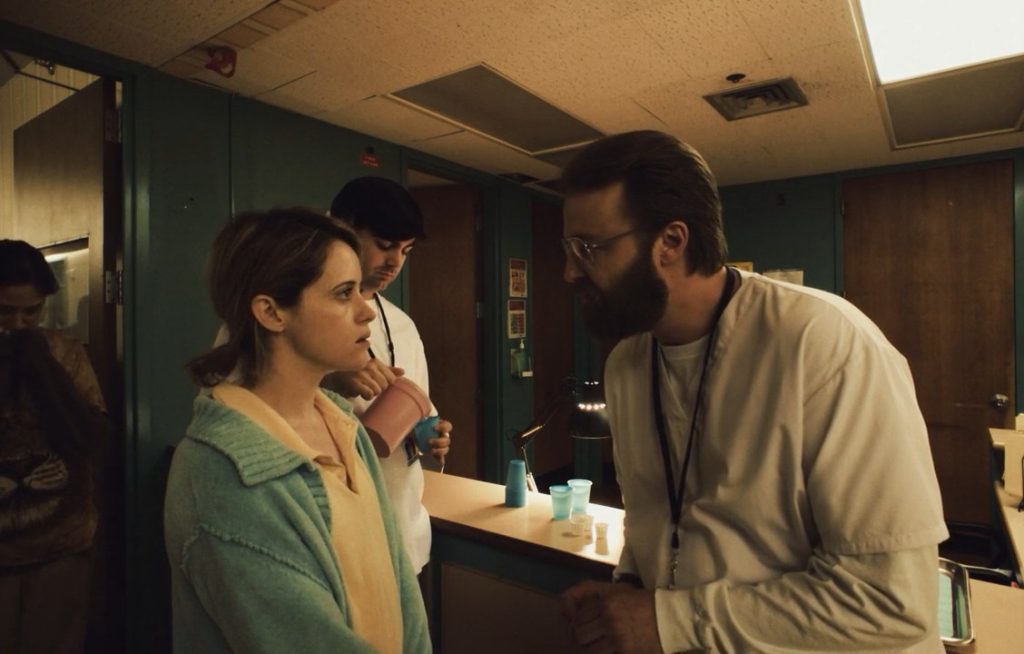 The immense intensity and paranoia that makes up this thriller may entirely be coming from Claire Foy, who likely hasn’t given a better performance in a film. Her hard-working and tightly wound Sawyer may seem like the most grounded person, until she’s mistakenly committed into a psychiatric ward, where the doctors try to keep her there indefinitely (for insurance profits). Making matters a whole lot worse is that her stalker, who’s been responsible for her recent stresses, appears to be an orderly at this institution. The question throughout the film: is this really her stalker or is she hallucinating him? Almost this entire film and its realism, its ambiguity, and its level-headedness rests on Foy, who plays a thoroughly intelligent character who’s always trying her greatest to emerge from her harrowing situations, but is also a person with emotional flaws that leads to her impulses superseding her logical actions. Seeing such a well-rounded character, with both motivated ambitions and reluctant compromises, make this film all the more satisfying and relatable to watch – certain other films could take a cue from Unsane on how to write lead women characters.

7. The Other Side of the Wind 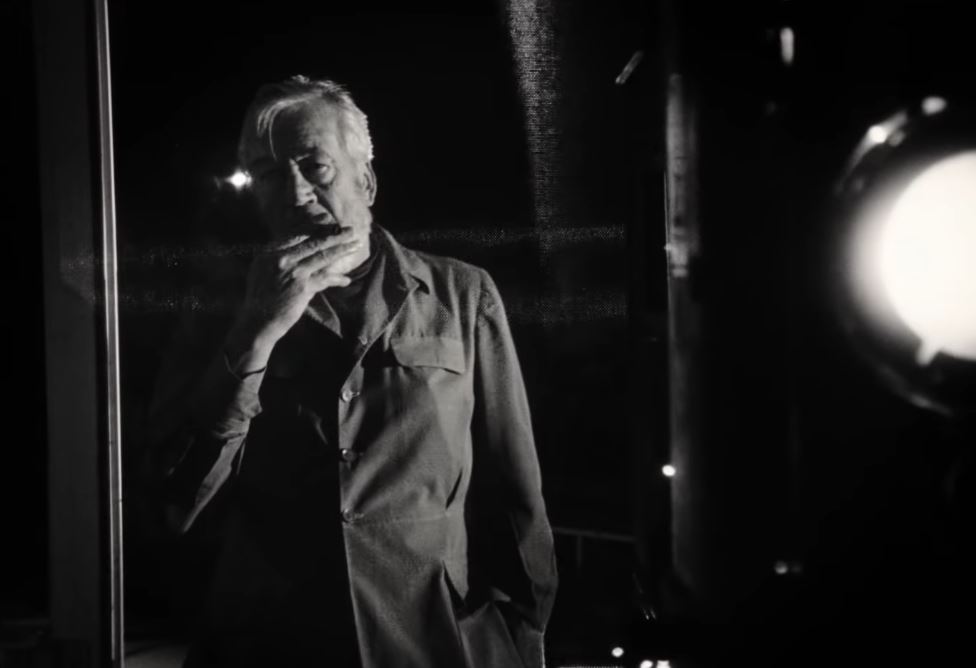 Perhaps a film like this is more deserving of appearing on a ‘Best of 1976’ list because everything about the finally released The Other Side of the Wind screams that year, not 2018. It is decidedly a film made throughout the early and mid ‘70s and it reflects these times through its carefree, careless, drunken, party-like sensibility. It takes place in just about the one location, a home party in the LA Hills, with no direct plot other than the party-goers trying to find a suitable screen to watch a rough cut of a film they’re making. This film-within-the-film acts like a parody of the New Hollywood (with its counterculture air-headedness), but The Other Side of the Wind has strangely become the last film of this movement, its delayed release finally finding a home in the most suitable of places. A scattery film like this works better on a streaming service, where viewers can dip in and out of piecemeal sequences, rather than being shown as a whole piece in a cinema. However it is shown, we’re thankful to have such a radical (as well as highly enjoyable) film finally make its appearance. 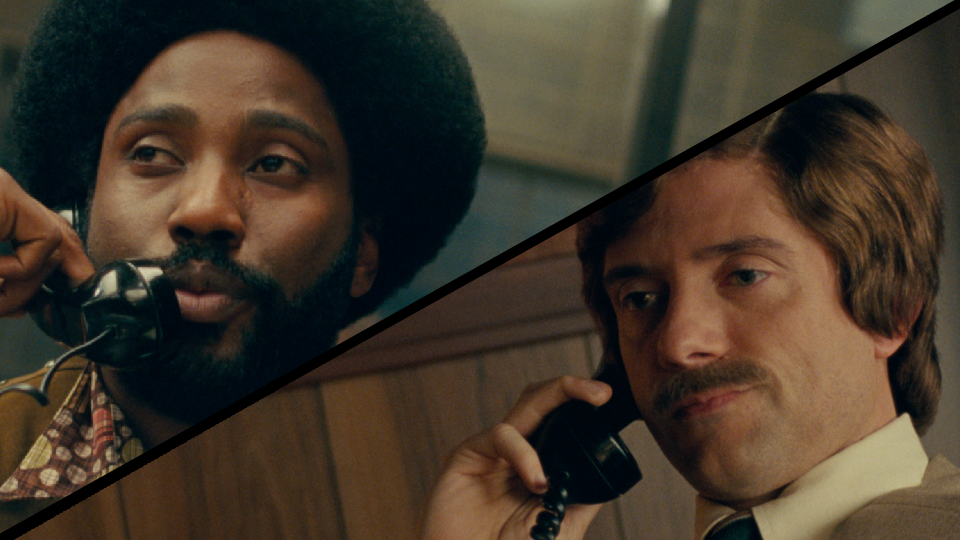 The sort of “true stories you won’t believe actually happened” kind of films run the risk of being more about the concept than execution. But for this truly unbelievable true story given the film treatment, Spike Lee puts in everything to make this story as captivating and amusing as it can be, all the while commenting on the (corruptive) power of the audio-visual medium that is film. BlacKkKlansman has become Lee’s most commercially successful film ever, and likely his biggest critical success since Do the Right Thing, because it feels like this director is really honing his strengths and ignoring his weaknesses through a film like this. He successfully merges the themes with the story whilst mostly not being overbearing or didactic, and he always upholds the correct sense of when to be funny and when to be dramatic and mixing the two effectively.

With a scope as big as his last film five years ago, the outer-space extravaganza Gravity, Alfonso Cuarón brought himself back down to the ground and replaced the outer-space vast emptiness with culturally rich imagery. He fills the anamorphic lens with all sorts of vibrant Mexican landscapes, whether on bustling city roads or spacious rural areas, where the central family and their housekeeper move their way through. Like Ozu and contemporary filmmakers influenced by him, Roma is atmospheric in its depiction of family life and unhurried in its story, but unlike its contemporaries, it is decidedly not minimalistic in mise en scene, it is flat-out filling itself out in just about every impressive (and often very long) shot. This utterly remarkable design that fills each frame houses the viewpoint of the housekeeper’s life, though starting off leisurely, becomes exponentially emotional and brings the viewer all the way into her life. 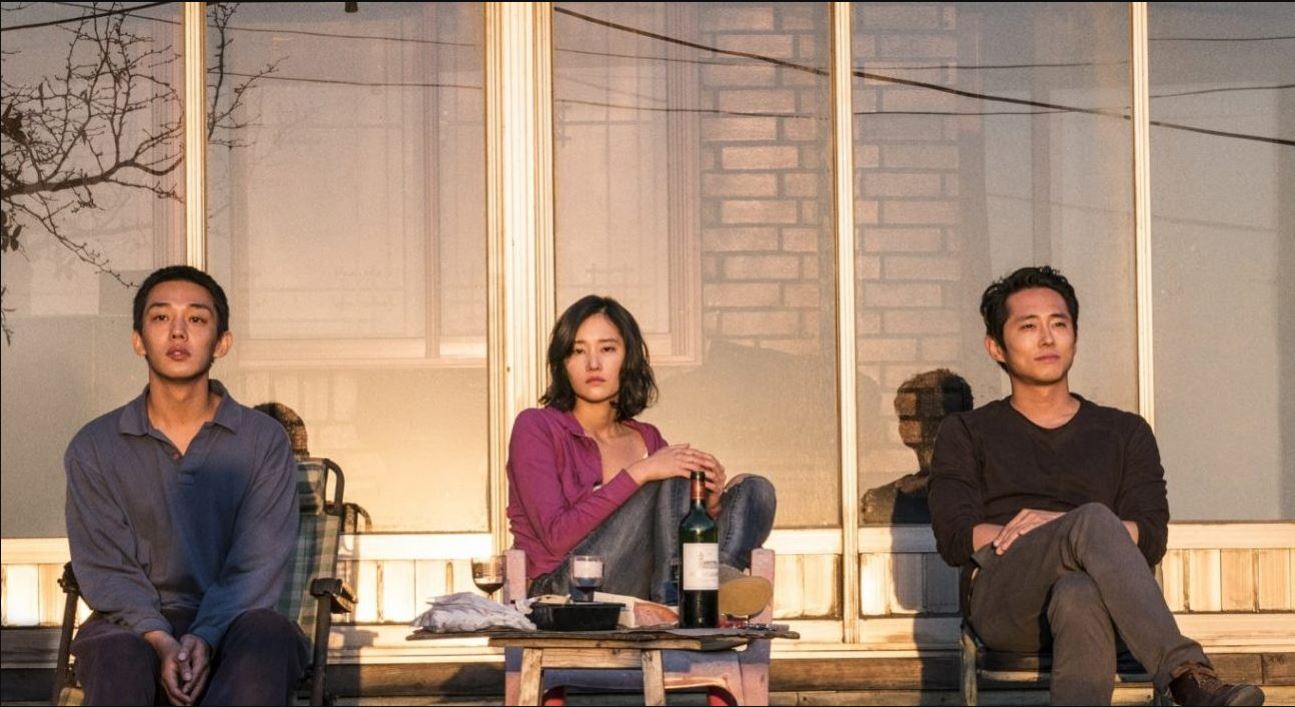 To call this a slow-burn would be the cheekiest description to give it, but it’s also the most appropriate. Evolving through genres from romance to drama to thriller and arguably horror, Burning takes a short story and stretches it to a two and a half-hour psychological examination of a love triangle gone wrong. Director Lee Chang-dong seems to shoot everything fairly plainly and without an abundance of style, yet over time, he generates an intense feeling of unease through the horrid ambiguities of so many plot details, conjuring the worst-case scenarios in the minds of the audience. Leading up to a stunning denouement that contextualizes all that came before, unraveling the layers of the hero-victim dichotomy, Burning is intense like it doesn’t even know it. 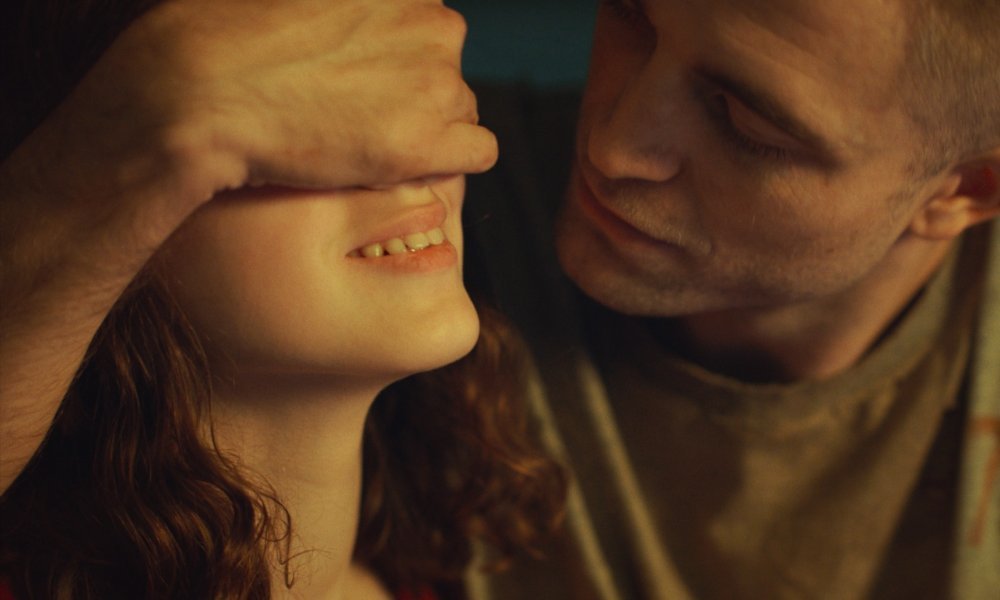 Arthouse sci-fi films are back in fashion (perhaps thanks to believable outer-space CGI becoming increasingly affordable), and arthouse darling Claire Denis has crafted one for the ages. Like all her films, this is concerned less with a progressing plot and more with the psychology of how the characters interact within their unusual and tight-knit environment. They are all prison inmates who have been located to a part of outer-space, far away from home, to live together and conduct scientific experiments while searching for a black hole. With a prologue that reveals that only Monte is left on board, with his new-born daughter, the film then retraces the bizarre events that lead to this single dad in outer space, but it ends up showing the intense love and hate these people give to each other under such suffocating circumstances. A cosmic meditation on the infinite scope of love, High Life is quite like Interstellar, except it doesn’t suck. 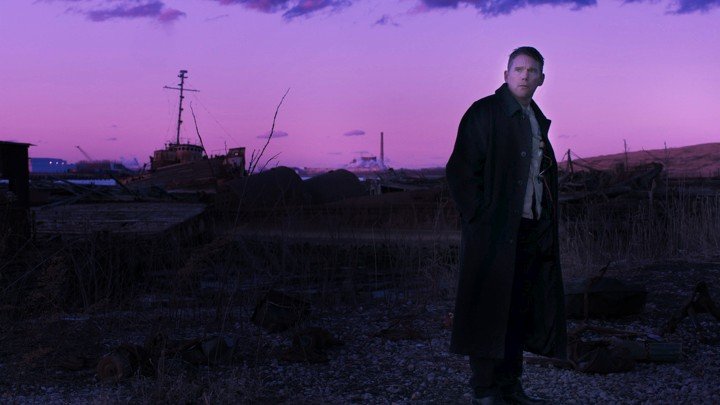 For those that like their water chilled and their coffee black, First Reformed is not just bleak, but utterly relevant, taking on modern subjects like terrorism, climate change, and the increasing secularism in the Western world. Journeying through this contemporary despair is Father Toller, played by Ethan Hawke in a career-high for the actor, who channeled his darkest depths for such pain and the frustrating role that’s unlike anything previously achieved in his filmography. It’s unusual, but so satisfying to see a great filmmaker, after years or even decades of varying mediocrity, suddenly emerge with what may be their best film, a grand statement they’d be meaning to make for so long and finally came to the right time to make it. Writer-director Paul Schrader does channel his three main influences (Carl Dreyer, Yasujirō Ozu, Robert Bresson), though he’s mostly channeling himself (mostly his Taxi Driver side), diving into the unknown murkiness of the ‘10s culture that in many ways seems as frightening and helpless as the ‘70s.

1. The House That Jack Built 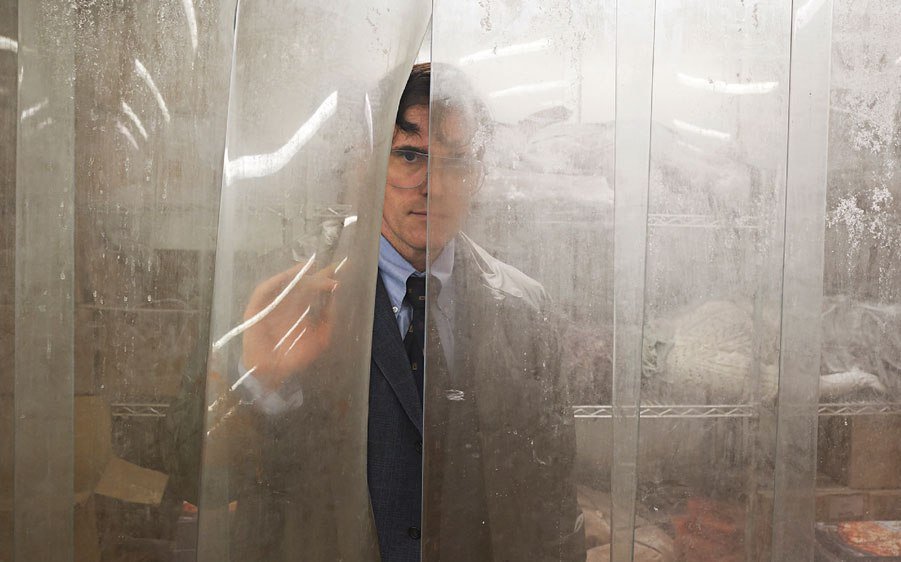 I’m always excited to see a new film about a serial killer, a particular topic that can be both fun and insightful to explore – and if one of which happens to be directed by Lars von Trier, I’m even more intrigued. Not to say that this match made in hell would definitely be successful, but von Trier did indeed utilize the best of his psychological insight and tonal mastery on this very singular work of art about the act of killing. Lars von Trier is fond of throwing in whatever he feels like and seeing what fits, with digressions in the story to pianist Glenn Gould, the ethics of art, Subterranean Homesick Blues parodies, and even blatant references to his other films (admittedly a cringey low point for this film). But you take the good with the von Trier, this slither of un-self-aware narcissism goes up against a grandiose rendering of the fascinating and endlessly multifaceted realm of murder and evil. Lars von Trier certainly has a reputation as a cheeky enfant terrible who can be patience-testing, but with that also comes a strong appreciation and understanding of the power and playfulness of the art that is film: with his latest, he has constructed a comedy, a thriller, a horror, and then a parabolic journey into the heart of darkness, that cinema has never seen in this way before.

The Sleepwalkers (Los Sonámbulos) [2019]: ‘TIFF’ Review - All About Family