Roma (2018) is available for streaming on Netflix

In all my time of watching movies, I have found that movies can be categorized into one of the following categories. The movies we love to love (the masterpieces), movies we love to hate ( the ‘why did I waste two hours of my life’), movies we hate to love ( the guilty pleasures), and the final category is the rarest of them all. The movies that make us feel inadequate as a cinema-viewer. The ones which make us want to study the craft of film-making, editing, cinematography, direction, just to be able to fully comprehend their depth and beauty. For me, Roma is one of those films.

The last time I was this dumbfounded by a movie, was after watching, Stanley Kubrick’s cinematic wonder, Eyes Wide Shut. Now keep in mind this might be the only review of Roma (2018) that mentions, Eyes Wide Shut, because those two films are completely different, except for the fact they are made by two great director’s and are a testament to the immersive power of cinema.

Must-Read: Why Alfonso Cuarón’s Roma Is Essential for Young Filmmakers

With a rather simplistic plot, not much happens throughout the 2 hr 15-minute run time of the film. But that is purely by design. Here, the aim is not to tell us a story, but rather make an observation. There is no suspense, no major exposition or dramatic dialogues, and it is a slice of life film, in the truest sense of the term. So, if you watched it and didn’t enjoy it, that’s understandable, it is slowly paced, light in plot and can be a bit of a drag for the un-patient viewer.

In the present world where the binge-watch culture is so prevalent, we are constantly bombarded with content and patience is a rare virtue. I do not claim that Roma is the perfect film, but on a personal level, I was fascinated by it for several reasons.

Roma is a semi-autobiographical take on its writer, director, cinematographer, and co-editor Alfonso Cuarón’s upbringing, but instead of developing the story from a child’s perspective, like several similar pieces tend to do, Roma puts the fictional version of Cuarón’s real-life nanny , Liboria “Libo” Rodríguez, at the centre of this film.

Instead of delving into nostalgia, he uses Cleo’s (the name of the character based on Libo) vision to tell a story grounded in hardships, darkness, and realism. This choice of the lead character allows the film to delve into the mundanities of everyday life, while at the same time commenting on the plight of domestic workers, and the political climate of 1970’s Mexico. 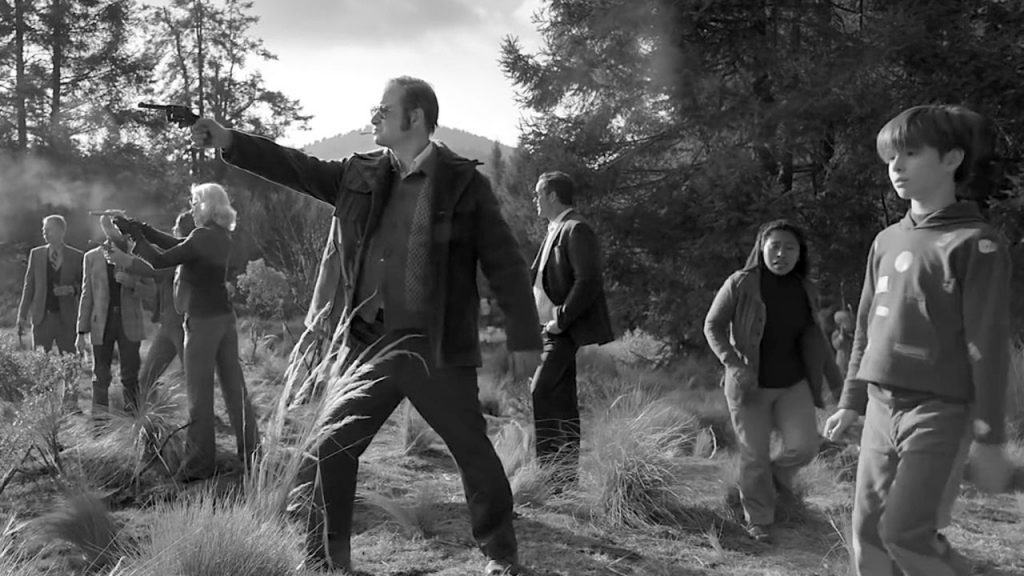 In another film, Cleodegaria “Cleo” Gutiérrez’s (Yalitza Aparicio) character would be in the background, maybe ignored, or with minimal impact, here she matters. Cleo has a personal life outside of the family she works for, a boyfriend who vanishes the moment he finds out she is pregnant with his kid, and ultimately her struggles are the driving force of the film. It is from her lens, and her experiences as a nanny, we see the four kids whom she adores, their grandmother, and their mother, Sofia(Marina De Tavira).

Sofia struggles with a crumbling marriage, and the parallels are drawn between Sofia and Cleo’s story tell us that though they are divided by class and status, their individual experiences, the struggles women face, are universal. Both actresses are brilliant in their roles and have received an Academy Award nomination for Best Actress and Best Supporting Actress, respectively.

Alfonso Cuarón is a highly-skilled director, there is no doubt about it. Just 6 years ago, he became the first-ever Mexican director to win an Academy Award for Best Director (for Gravity), now in 2019, he has done it again. Roma has the potential to be his magnum opus. Every single shot has been planned carefully and shot beautifully. From the opening shot, which is about a 3-minute shot of a floor being washed, the tone and pace of the film are perfectly established.

The one trait that is immediately noticeable is that the camera maintains a certain distance from its characters. The use of close-up shots is rare, which increases their impact when they are used. In the hands of a lesser director or cinematographer, the use of a large number of tracking shots, at least two of which were 360-degree sweep shots, could have come across as cluttered or messy or even overly ambitious. Here, the direction reflects Cuarón’s clarity of vision and the distance works in favor of the film.

On one hand, it is a chance to flaunt the precision with which each shot has been framed. The family’s house, which we get to see in its entirety and the dents on their car depict an untold history, reveal deeper truths about the life of these characters. When the kids go to the movie theatre, we see the entire path they take, the bustling streets, the cars, all of it, and through this, we gain a better understanding of the world they live in.

When Cleo visits a village, you can almost feel her discomfort as she braves the long, uneven pothole-filled roads. Roma also earned a production design nomination at the academy awards, understandably so, because the world which Eugenio Caballero and Barbara Enriquez create here is meticulously crafted and highly believable.

On another level, this distance gives the characters room to breathe, to develop organically, to be comfortable within the fictional world of the movie, making them more real and relatable. As an audience, we are drawn into this detailed world, towards these people, and it feels like we’ve known them our entire lives or crossed paths with them at some point.

As if instead of being a third person or a storyteller’s device, the camera here is rather a stand-in for the audience or a just a nosy neighbor, who has been given a chance to investigate the lives of these characters and is thankful for the opportunity.

Some of the best scenes of Roma (2018) are towards the end. One is a scene, where Cleo is in the hospital for her delivery. This is a scene which stayed with me for a long time, because of how it uses close-up shots to develop a sense of claustrophobia. It lets us experience Cleo’s pain, her fears, and her discomfort, at that moment.

The most talked-about scene and arguably the best one from the film is the beach scene. Even if you decide to skip the film, or think its not your cup of tea, I would still recommend watching the Beach Scene from Roma. It should probably be used in film schools for its sheer technical brilliance.

As Cleo walks into the water, the camera is right there with her, almost holding her hand. Now the nosy neighbor is a part of the family and is hanging out with them at this beach. For the lack of better words, I believe this is the one-shot which won Cuarón all his awards from this season.

Ultimately it all comes down to this. Can I guarantee that everyone will enjoy it as a viewer? No, I can’t. But, would I recommend watching it? Yes, for primarily two reasons, one, it’s a product of true passion. It’s almost inspirational to see that with enough conviction, no matter what your dream or vision and how weird it seems at the start, it could be brought to life and be highly appreciated. Second, and this is the more important one, for experiencing the transcendentalism or spirituality through cinema.

A Hollywood aficionado, who is highly-opinionated, and has a passion for writing. My love affair with cinema had been long on-going and after joining a film appreciation club in college, this affair turned into a very happy marriage. Good Will Hunting is one of my all-time favorite movies, and after every single movie I watch, I take some time read critic reviews, think pieces and analysis write-ups, because I feel they give me a better insight into the film, and also help highlight some of the technicalities I might have missed.