Home»Reviews»Film Festivals»How to Kill a Cloud [2021]: ‘Locarno’ Review – The Quandaries of a Rainmaker
Film Festivals/Locarno/Reviews

Who doesn’t love watching the clouds? On a warm summer day when you can see random patterns and faces, or the dark clouds hovering around and signaling rain. Finnish filmmaker Tuija Halttunen similarly seems to have a fascination for the clouds. Probably, it’s why she follows a Finnish meteorological scientist named Hannele Korhonen, who takes on the ambitious multi-million dollar rain enhancement project of the United Arab Emirates. In other words, the business of killing clouds to bring rain to an arid landscape.  Bolstered by piercing voice-overs and fly-on-the-wall observations, How to Kill a Cloud (Nain pilvet kuolevat, 2021) explores the ethical dilemmas involved in a climate-engineering project that’s carried out in a world of complex political and social fault lines.

How to Kill a Cloud opens with a quote from Goethe’s Faust (“Cursed be the high ambition wherewith the mind itself deludes”). It sets the tone for the documentary. That it’s less about exploring the science behind making artificial rain, and more about the questions of ethics and power which the scientific community avoids or fails to comprehend. In fact, it’s why the documentary needs a protagonist like Korhonen in order to view the ambitions and conflicts through her eyes.

Related to How to Kill a Cloud: The Balcony Movie [2021]: ‘Locarno’ Review – Perceiving the Rhythmic Flow of Life from a Everyday Space

Hannele Korhonen is an intriguing insider from the scientific community. She receives a $1.5 million research grant to participate (alongside scientists and institutions from nine other countries) and experiment in the science of cloud seeding. She initially wonders about her duty as a scientist. Is it to just single-mindedly focus on science? Or should they take into account the possible consequences such high ambitions entail? Moreover, Korhonen is intriguingly an outsider too. She is one of the very few women we see in the documentary’s frames, i.e., within the predominantly male world of UAE and the scientific community. 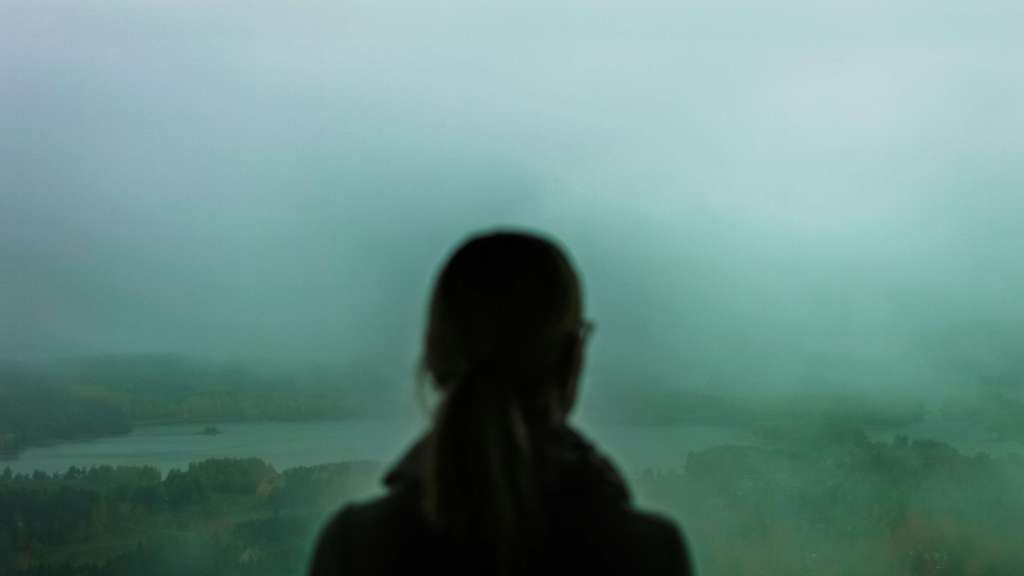 Like many of us, she has heard about the country’s Sharia law, its human-rights record, etc. At times, Korhonen seems jubilant about seeing a woman from UAE working in a top position and finds it relatively liberal. We don’t know if she’s saying it for the sake of her colleagues and funders, or she is really surprised to have found the somewhat liberal streak in the authoritarian society. Whatever it is, Hannele Korhonen’s presence makes this a fish-out-of-water tale. Voluntarily as well as ironically, she is involved in bestowing the power of water to the desert nation.

How to Kill a Cloud doesn’t succeed perfectly as a character portrait. As I mentioned, director Halttunen’s subject is a bit elusive or defensive. Shot over three years, we can understand the inherent dilemma Korhonen faces between maintaining her professional integrity and contemplating the environmental, political issues. But only occasionally the documentary deeply gets into this personal crisis. In fact, this could be because of the subject chosen and we can’t entirely blame it on the filmmaker’s intention. At the same time, there are a lot of fascinating and thought-provoking moments too, especially when it explores the modern history of cloud science.

Halttunen guides us through the past scientific experiments on clouds, including the attempts at ‘seeding’ clouds even back in the 1940s. Bernard, elder brother of the legendary American author Kurt Vonnegut, has stimulated clouds to start snowing by discharging dry ice onto it from above. US Air Force during Vietnam War carried out a chemical weather modification program called ‘Operation Popeye’. Cloud-seeding was weaponized to wreak havoc on the North Vietnamese region, by extending their monsoon season to slow down their military activity. Although this wasn’t mentioned in the documentary, there were reports of a similar project in India called Project Gromet – done with the aid of US support – initiated in Punjab, closer to the Pakistan border. There were talks that the ‘rainfall augmentation’ project stole Pakistan’s rainfall in the season. 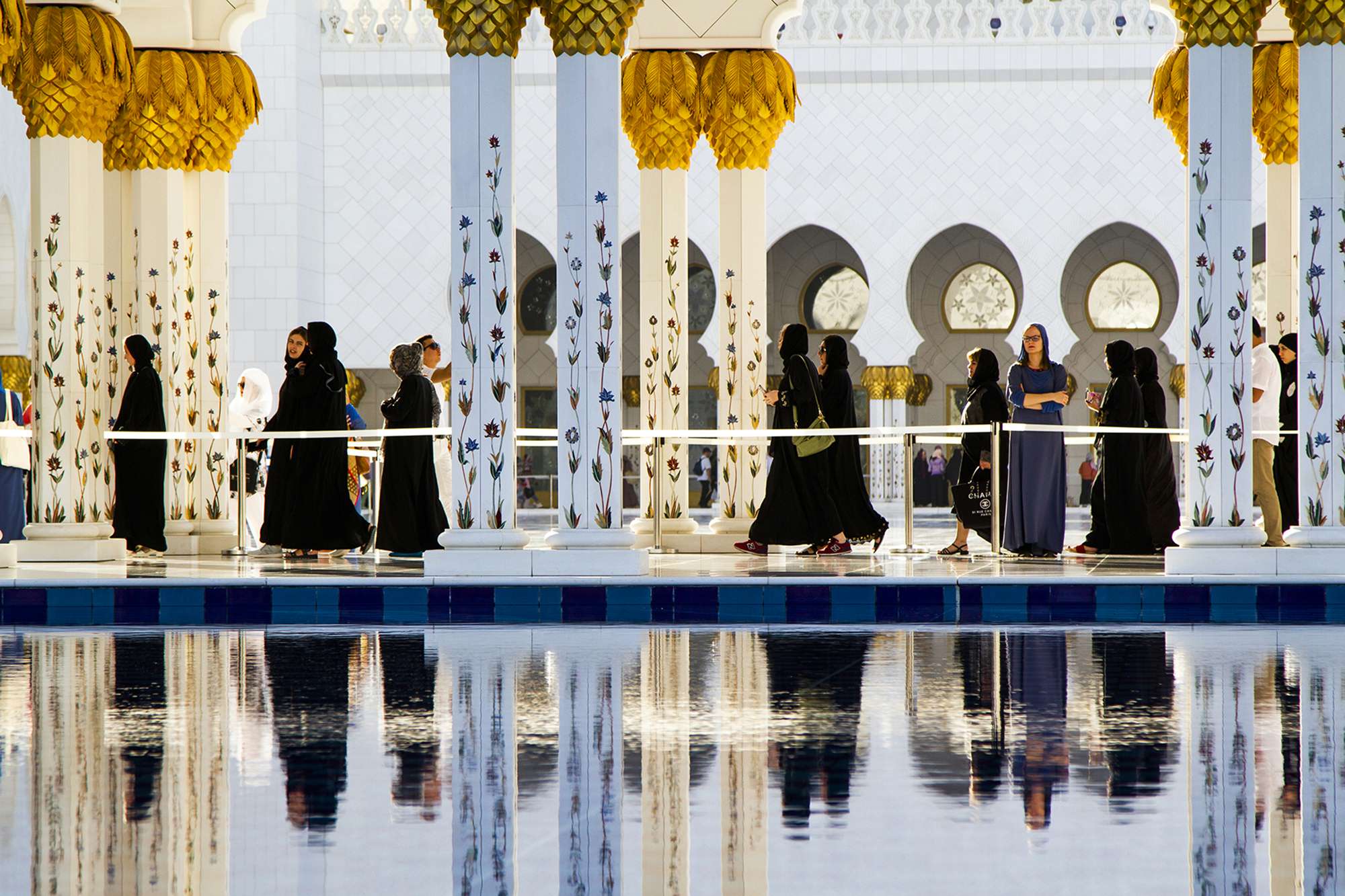 The result of such environmental modification techniques for political and military purposes led to a treaty in 1978. The documentary mentions UAE is yet to ratify the treaty, and moreover, history shows us that powerful countries have never given a damn about treaties. In fact, by the end, Halttunen mentions US Air Force’s future grand projects to weaponize the clouds. The question of Nation States manipulating cloud science comes up at the Vienna forum. The discomfort and doubt on Hannele Korhonen’s face on this occasion is palpable. Furthermore, considering the track record of certain nation-states, we know that such multi-million scientific endeavors aren’t simply to enhance water security. Modern science has often been usurped by the agendas of the military-industrial complex.

Director Haltunnen would have had a better idea of how Korhonen’s scientific journey would turn out than the scientist herself. Korhonen is definitely a very intelligent individual who although sounds a bit naive when it comes to her position of power and privilege. But it’s the filmmaker’s intriguing gaze – that’s devoid of enthusiasm and fraught with questions – immerses us into this portentous story of science, environment, and power. Haltunnen in How to Kill a Cloud (80 minutes) doesn’t offer any definite answers on the complex topic of ethics vs. science. But she does make us think about the clouds and reflect on the beclouded ambitions of the powerful beings.

All U Need is Love [2021]: 'NYAFF' Review - A Quarantine caper solely for Hong Kong Cinema Enthusiasts

Descendant [2022]: ‘Sundance’ Review – Reclamation of identity by rediscovery of history as a tangible construct