You’ve seen this movie time and again: a depressed (and newly) single man tries to get back on his feet and coincidentally meets a girl that seems too good to be true. In Steve Basilone’s Long Weekend, that man is named Bart (Finn Wittrock), who recently moved in with his friend Doug (Damon Wayans Jr.), suffering from extreme depression after his fiancé left him. At the movie theater, he drowns himself in his sorrows with alcohol and accidentally passes out. When he wakes up, he meets Vienna (Zoë Chao), a new girl in town whose charm is so infectious it seems too good to be true. She doesn’t have a phone, carries a rather large sum of money in her purse, and her past seems dubious. Bart believes he’s getting duped until Vienna reveals that she’s from the future and doesn’t have long before she has to get back to 2052. Otherwise, her mental state can be detached or, as she calls it, “untethered.”

It’s a weird type of mix between classic rom-com and time travel pictures. While we can applaud Basilone’s ambitions to make something that differs from the usual schtick of rom-coms, Long Weekend never makes any effort to blend both genres satisfyingly.

Though this doesn’t mean the film is terrible. Both Finn Wittrock and Zoë Chao have a palpable chemistry that makes the movie more enticing than it initially is. Both characters go through the usual tribulations of “perfect” rom-com films, where they initially hit off one another and complement their character traits but will slowly reveal their own flaws, or, in this case, imperfections that will prevent their love from soaring.

Chao’s bubbling personality reawakens Wittrock’s depressed state to a more empowered one, as he feels uplifted by the love Vienna has towards Bart, even though they’ve just met and barely know each other. It feels highly reminiscent of Richard Linklater’s Before Sunrise, where two potential lovers share an incredible evening and feel the love for one another. Still, time will ultimately prevent them from living together. Long Weekend could be renamed Before Time Runs Out if Linklater directed it, as Vienna’s mental state slowly begins to deteriorate when she spends more time in the past than in her established timeline. Still, they’re trying to make the most of their journey, and the audience is along for the ride.

At times, the journey feels life-affirming for both Vienna and Bart. Still, many of it is terribly repetitive, with plenty of surface-level montages filled with love scenes and tourism of the greater Los Angeles area, without ever exploring Long Weekend’s most interesting concept: how the rules of Vienna’s arrival from the future works.

Vienna explains that she’s working for a time-travel (?) division of the NSA, which allows her to go back in time, but none of it is properly explained: how does time travel work in this film? How can she can back? How does staying too far in the past affect her psyche? We see that she’s becoming more frightened and anxious, as the sudden shift from jovial and uplifting to panic-stricken feels jarring in its staging, but what else? She compares the change in state to Marty McFly (Michael J. Fox) slowly disappearing in the first Back to the Future if their parents don’t kiss in the Enchantment Under the Sea dance, but that seems like a hackneyed comparison. Disappearing from existence because one choice wasn’t made is different from time traveling and being stuck in the past while making an imperceptible shift in time. 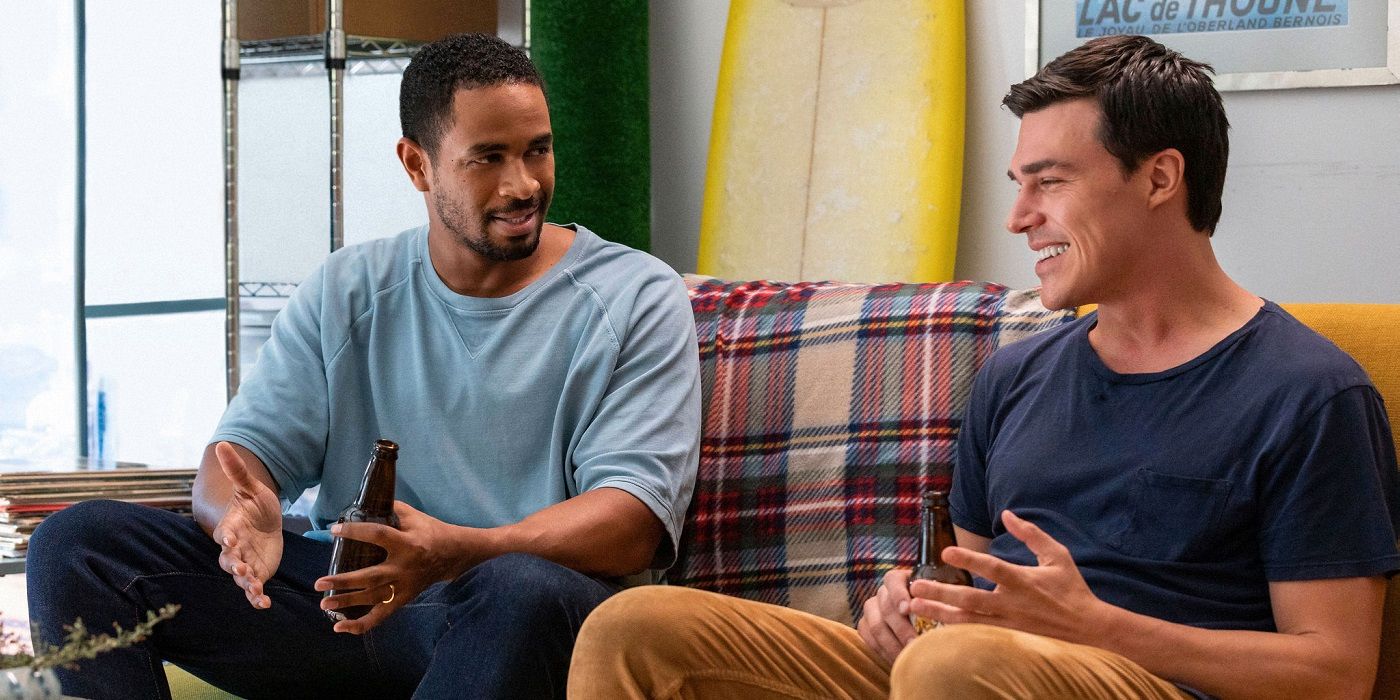 At least that’s what Vienna explains: if you make a small shift, it becomes undetectable from the overall timeline (kind of like hiding in apocalypses in Loki: it doesn’t affect the sacred timeline), so Vienna and Bart’s relationship must be a big shift, right? So how does that big shift affect time itself or Bart’s direction in his life? These are all valid questions to ask ourselves when the film answers none of it. It presents a time travel love story without exploring the time travel aspect. Instead, Long Weekend is a brief and breezy rom-com with two great lead performances and a solid supporting role from Damon Wayans Jr., who provides much-needed comedic relief to Wittrock.

But I wanted more. If you’re setting up a sci-fi storyline amidst a rom-com, I would like for this idea to be deepened further. And while Long Weekend is a rather inoffensive movie that I’ll likely forget within the next few days, it could’ve been a highly memorable one with wasted potential of a genre-blending rom-com that kowtows for more simplicity instead. A real shame, but at least it’s better than The Time Traveller’s Wife.