Pawel Lozinski’s captivating documentary, The Balcony Movie (Film Balkonowy, 2021) comes across as an interesting artistic experiment to watch in relation to the ongoing pandemic.  It’s not about the lock-down, quarantine, or isolation. This documentary, set in a Warsaw Apartment balcony, I can see was shot before the onslaught of pandemics. I read that the filmmaker (also cinematographer, co-editor, and producer) took close to 2 years for shaping this unique human story. However, Pawel’s work resonates with these times because he isn’t going after a subject but rather waiting for the subjects to come to him. Just like how we, in the cloistered times of pandemic, wait for any interaction that comes our way.

Pawel Lozinski sets his camera and a shotgun mic in his first-floor Warsaw apartment balcony that’s facing a sidewalk. He does some people-watching. Then he asks the random passersby, of different ages, about life; its meaning, or how they cope with it. Some walk fast to catch a bus to work, young people walk glued to their phones, moms pushing the strollers, people walking with their dogs, and so on. The documentarian questions all, and the reaction he receives ranges from playfulness, curiosity to sadness and cynicism. Some like the janitor, Pani Zosia  (‘pani’ is a form of address in Polish like ‘madam’), a hardworking old widow, frequently appear in the frame. Few other people, over the course of time, get acquainted with the ‘balcony filmmaker’ and at least wave at him.

Apart from asking everyone about their life or who they are, Pawel accosts them by saying ‘will you be a hero for my film?’ An old woman dismisses that notion by replying that she’s too old and has only thoughts about death. Nevertheless, every random enigmatic subject of the documentary – despite the little parcels of information they offer – are heroes in some manner. The primary intriguing factor of The Balcony Movie is how Pawel turns a simple personal space into a wide place for dialogue. Moreover, you observe and interact with a cross-section of a community without taking a step outside the space. Pawel zooms and pans the camera on occasions. Other than that the frame is fixed, and like in the days of the Lumiere Brothers, the subjects are approaching the frame. 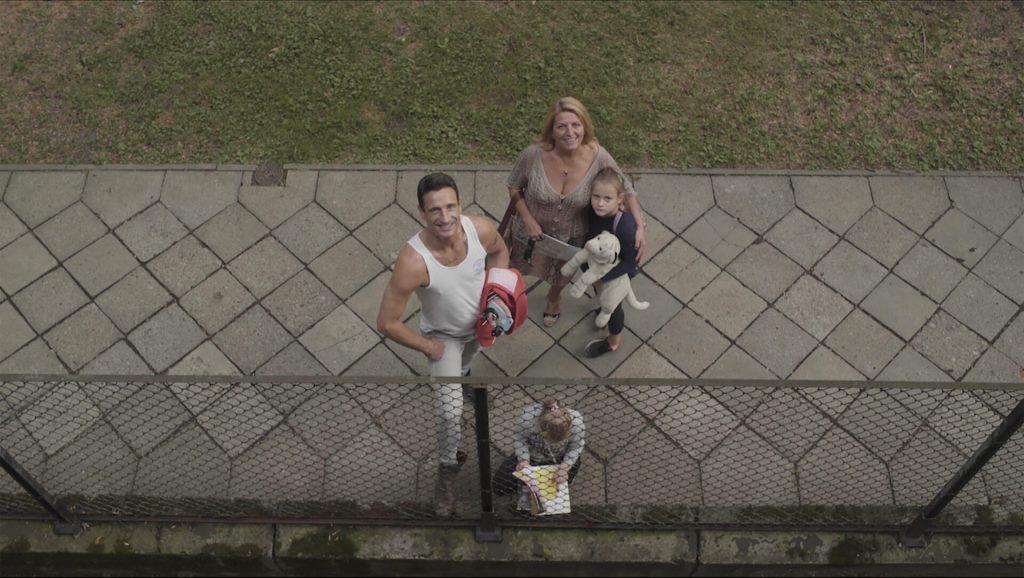 The most delightful aspect of The Balcony Movie is Pawel’s conversations with the children. A laughing toddler perfectly standing in the frame and gazing above at the camera makes up for the cutest moment. But I loved Pawel’s attempt to gain the attention of a child focused on her ice cream. The kids’ lack of self-consciousness (while being filmed), and whatever they say were more life-affirming to me than the very wise words from the adults. Some of the random encounters are unbelievably beautiful: for instance, a young woman walking and reading a Carl Sagan book. She instantly riffs on how we are tiny speck in the universe. At least a couple of people question the very idea of the film’s existence.

Earlier Pawel mentions that he is making a ‘film about passersby’, relating it with a ‘metaphor for life’. Yet despite such a wondrous notion, I can understand the angst of the individuals wondering ‘what’s the point of this film?’ One old man equates the frame within which he is standing to a confessional. At the same time, as a viewer, I could deeply feel the cumulative power of these interactions since we gradually get a composite picture of modern human life.  A former postman who resents his current position as a delivery guy (addresses himself ‘shop-man’), an old widow fed up with bureaucratic procedures to receive her pension, an Instagram fashion model, a middle-aged man going through a divorce, an anxious woman who is unsure of her ability to engage in a conversation – everyone has their own set of unique challenges and just listening to them is therapeutic in a way.

Of all the heroes in The Balcony Movie, two people stand out: one was the ex-con Robert who is first seen asking the passersby for spare change, and later gets acquainted with Pawel; the other person is pani Zosia, who works hard and lives her life without complaints. As I mentioned, there are questions about the film’s purpose, but Robert in one poignant movement makes us think about the filmmaker as well as the viewer’s gaze. On how we – unlike Robert, Zosia, and many others like them – are secure enough to wonder about life whereas they don’t have that privilege. 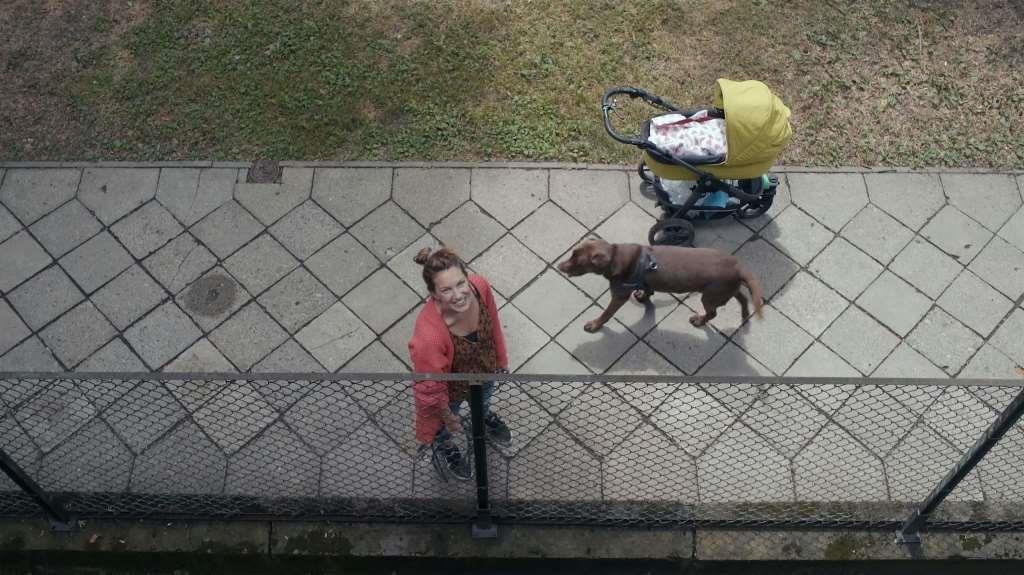 As we contemplate on that, it’s also important to note how Pawel’s balcony isn’t a podium from where he preaches. But it’s a slightly elevated space from where he observes and keenly listens, and in the process, he encourages us to do so too. To Pawel’s question, ‘what’s the meaning of life’, an old woman in a wheelchair says, ‘life is meaning’. In order to feel and comprehend that, first we should simply look out without prejudice and judgment.

The Balcony Movie (100 minutes) isn’t specific to Polish society. Apart from a single interaction with a raging flag-waving patriot, it’s largely an observation of the human condition and a tribute to life. It’s a testament to documentaries’ power to weave emotionally charged intimate portraits of contemporary life.

The Balcony Movie premiered at the 2021 Locarno Film Festival