One of Disney Animation’s finest offerings and certainly amongst the most impressive films to come out of their Renaissance Era, Mulan (1998) deftly juggles relevant themes with crowd-pleasing obligations from beginning to end and makes fab use of its interesting premise, vibrant characters, clever wit & top-notch animation to deliver a highly enjoyable, endlessly amusing & thoroughly satisfying cinematic ride.

Based on the famous Chinese legend of Hua Mulan, the story concerns a young maiden who decides to take her elderly father’s place after he is called into the army to fight an invading force. Aware that she will be executed if anyone learns about her true identity, she disguises herself as a man in order to enlist and is joined by a tiny disgraced dragon who’s sent by her ancestors to dissuade her but instead ends up helping her. 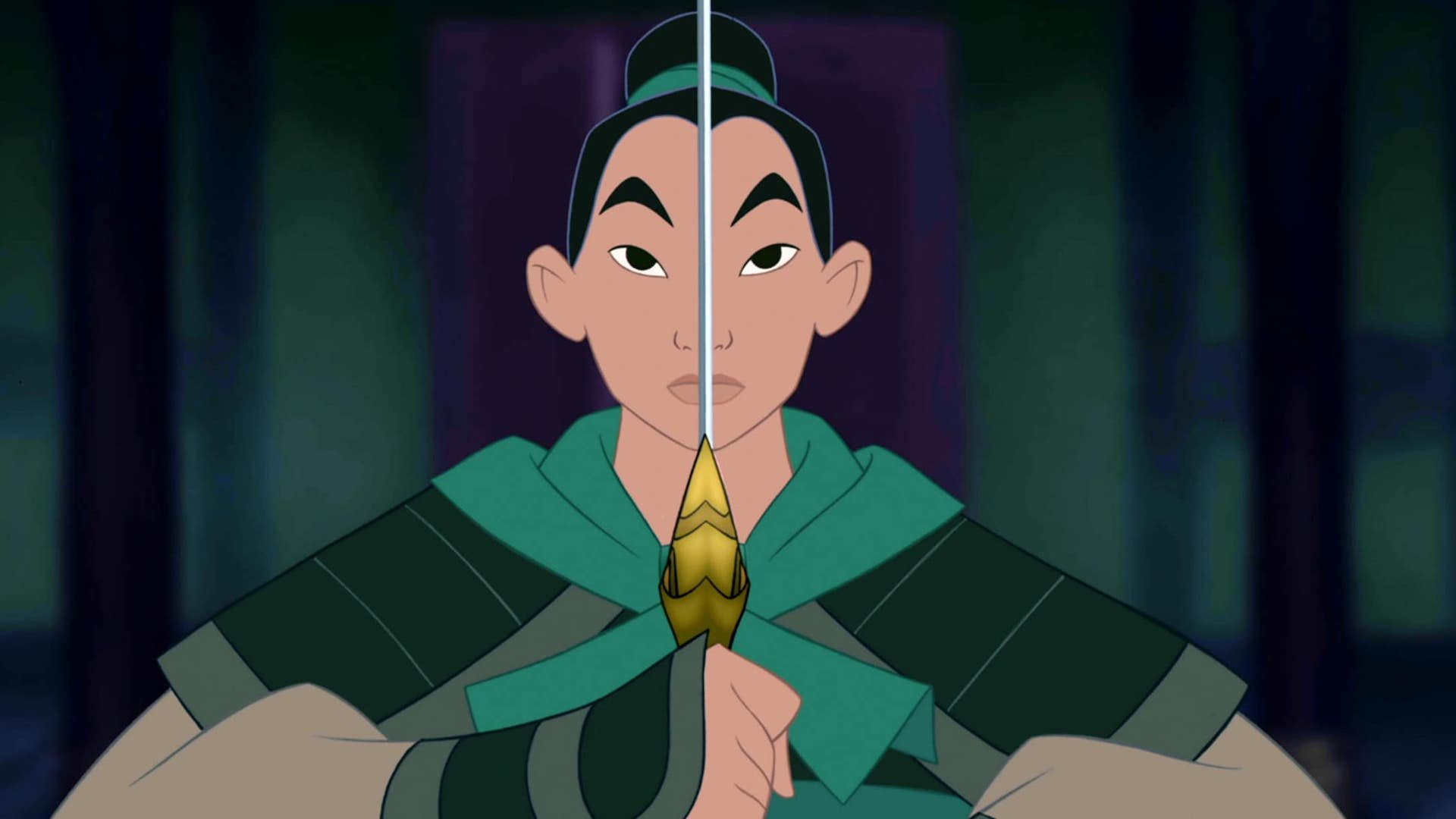 Directed by Barry Cook & Tony Bancroft, the plot takes place during the Han dynasty era and the filmmakers do a good enough job at creating the period setting and establishing the repressive gender roles & societal expectations that our protagonist is subjected to at all times before she begins dismantling them one by one. Her arc is immensely captivating, exhibits considerable depth, is handled with care & finesse, and eventually concludes on a rewarding note.

Even the supporting characters are brilliantly scripted, each contributing to Mulan’s empowerment journey in their own ways. Also notable are the character sketches & set design, both illustrated in close proximity with the cultural depictions, thus adding more weight to the material. The rich animation, arresting camerawork, intelligent use of humor, neat editing, brisk pace, splendid score & a couple of catchy songs further improve the experience, thus not leaving much to complain about.

Though the romance aspect is unnecessarily integrated into the story — unlike previous Disney features — it doesn’t become the central storyline, is treated with subtleness, and remains a minor subplot. There is more focus on emphasising Mulan’s bravery & heroism, showing her fate to not be dependent on a male figure. This is a story of a strong & independent woman who refuses to conform to the traditions & laws of her land, and she remains the hero of her story by carving her own path. A rarity from Disney back then. 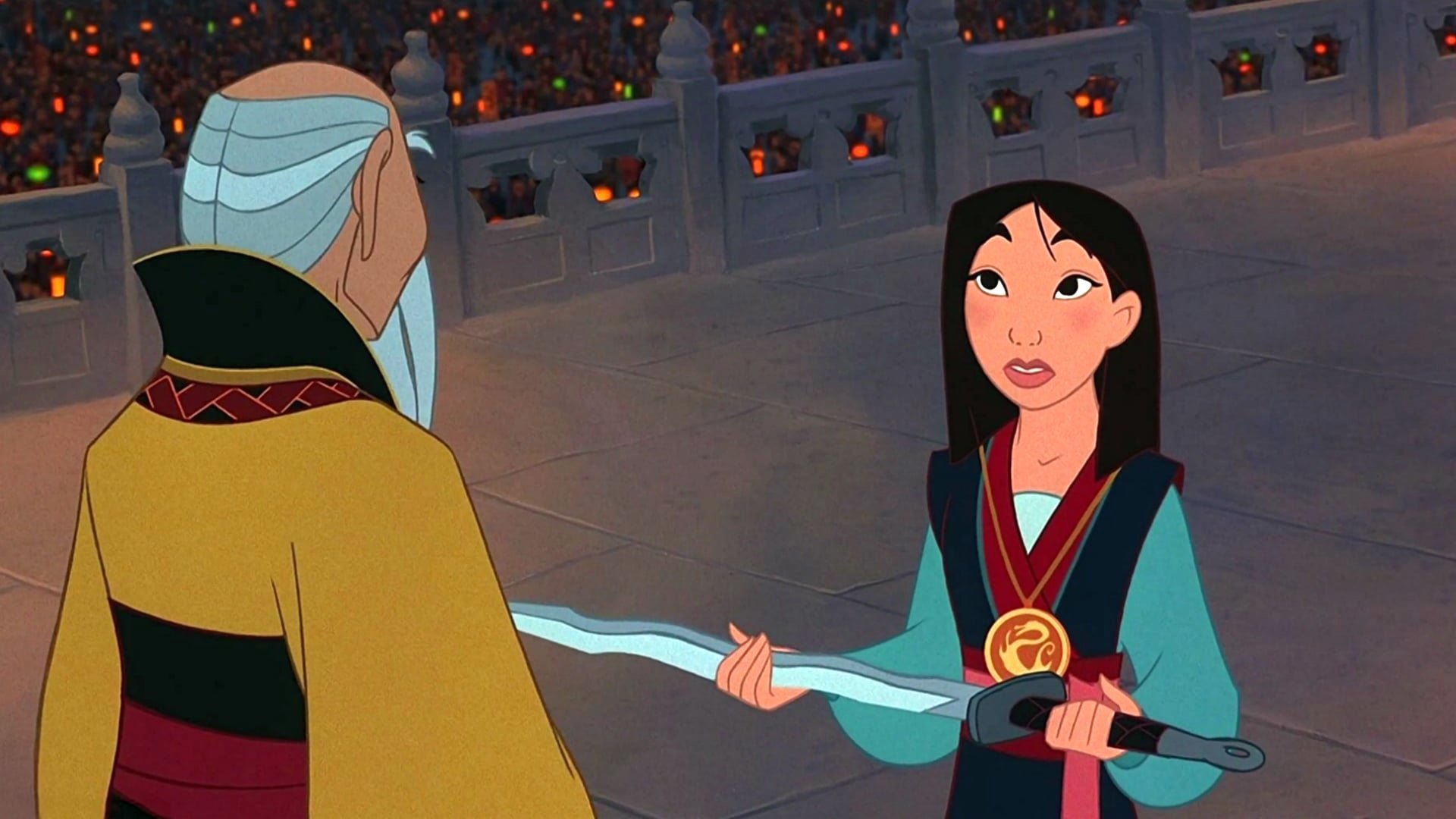 As for the animation, it is wonderfully detailed, gorgeously rendered, and has an organic feel to it. Jerry Goldsmith’s score also deserves a mention, enhancing the emotional impact & evoking the desired feelings with ease. And finally, there is outstanding work from Ming-Na Wen, Eddie Murphy & BD Wong, who all breathe life & soul into their respective characters with their vocal inputs. Wen & Wong voice Mulan & Li Shang and stay composed at all times. Murphy, on the other hand, goes all out as a disgraced former dragon and is absolutely hilarious.

On an overall scale, Mulan scores high marks on both storytelling & technical fronts and is accomplished enough to rank alongside Disney Animation’s greatest achievements like The Lion King & Beauty and the Beast. Crafted with vigor & narrated with confidence, the film has aged rather well over the years and looks more impressive today than it did at its time of release, its female empowerment aspect strongly in tune with our current social culture. Marking the last high for Disney Renaissance, Mulan is a timeless gem that’s totally worth your time & money and comes delightfully recommended.